It’s a line I’ve been muttering over and over to myself every time I’ve sat down to review Luca Guadagnino’s Suspiria since seeing it opening weekend. What makes them so tricky, you see, is that no one ever asks for them in the first place. The non-fans don’t care and the fans, by nature of their fandom, already have what they want, what they need. No one begs to see the art they love taken and mutilated to suit some stranger’s personal vision. Ick. Leave it alone!

And yet, here we are. It’s 2018, God is dead, and someone is remaking—er, “covering”—Dario Argento’s previously untouched 1977 horror classic. And although I might seem snide about it, I do think Guadagnino self-describing his film as a “cover version” rather than a remake is a pretty fair (and also important) distinction. It is not a remake… But then again, it is. And that right there is a taste of why writing this review has essentially all but killed me. 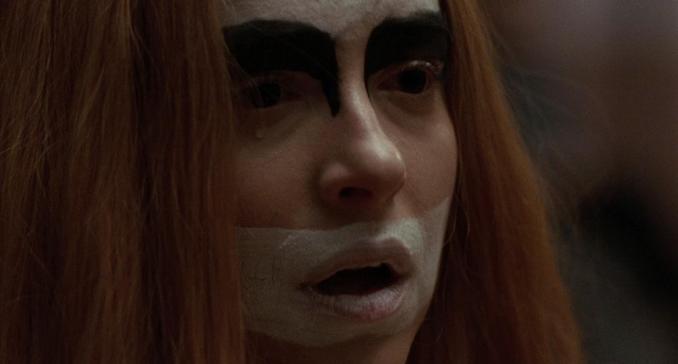 While elements of the original are embedded into Guadagnino’s modern project, it really is a film all its own. Guadagnino borrows Argento’s Germany in 1977, for instance, but he trades the saturated, ornamental, distinctly old-European-feeling Freiburg for a much drabber, more dismal and divided Berlin. And in this case, what might seem like a subtle change ends up majorly affecting every other aspect of the movie.

Transferring the action to Berlin, Guadagnino’s Suspiria becomes much more concerned with the political activity happening outside of the Markos Dance Academy’s/secret witch coven’s windows—the fallout of the war continuing even two decades after its end, punctuated by the presently unfolding events of the violent German Autumn.

Herein brews a theme surrounding the unavoidable, lasting impact of war and the devastating effects of unchecked power. Guadagnino’s cast is almost entirely female (I’m looking at you, Tilda), and there are definitely overtones of patriarchy dismantling… but then we’re still talking about a witch coven here, literal witches in a witch coven who we’ve seen do terrible things, so these aren’t really the feminist heroes we’ve all been waiting for either.

It’s complicated, and what exactly the intended message was never became totally clear to me, but any which way you slice it, it’s a really heavy thematic addition—one that necessitated the creation of characters where there weren’t any originally, while also changing the trajectories and motivations and even backstories of the ones that had been carried over.

So much time is spent aggressively pursuing these vague ends, world-building by pushing subtext in front of viewers and begging them to pay attention to it, but the commentary never really becomes cogent enough to hit as intended, or to justify the time that it took in trying. And boy, did it take time. All of these additions are largely to blame for the film being a pretty unacceptable two-and-a-half hours, which is all the more reason to critique them—especially when the already beloved source material touched on none of this and is an hour shorter because of it. 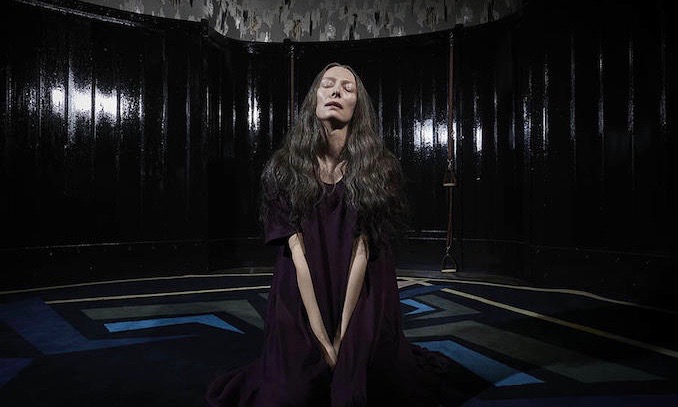 The differences spurned by the change in locale aren’t only thematic, either. The jump from the picturesque Freiberg to a colder, more war-touched Berlin meant a color palette that was significantly darker and grayer than Argento’s, which was famously filled with deep reds and bright yellows. Again, it might seem inconsequential, but inextricably linked as this modern Suspiria is with its original source material, it’s impossible not to mention.

These things aside, there are some honestly noteworthy successes about this year’s Suspiria worth pointing out—like the acting, which was exceptional across the board. The film also features a lot more actual dancing than did the original, and the choreography (by Damien Jalet) is perfectly animalistic and base—sexual, brutal, relentless—and complements the sinister tone beautifully.

Additionally, the (too few and far between) horror sequences are also stellar. Without spoiling, each one was carefully crafted and excellently executed—magical amalgamations of conscientious acting and cinematographer Sayombhu Mukdeeprom’s keen eye, sewn together with Guadagnino’s strong directorial thread. They were my favorite parts of the film, and I only wish that there had been more of them—much more, preferably, in place of the other strands of the film that never quite came together. 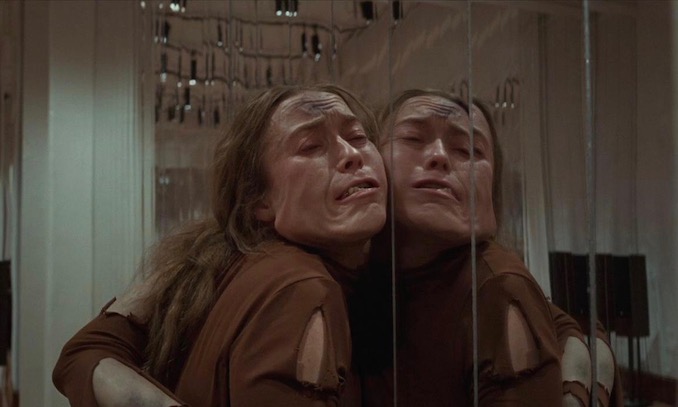 While Dario Argento’s 1977 Suspiria is more of a film of showcased style than complex substance, Luca Guadagnino’s 2018 Suspiria attempts to tip the scale in the other direction—and, unfortunately, becomes a film too enthralled with its own complicated layers to properly serve the plot that it was covering.

There are only a handful of non-franchise horror films with the staying power of Dario Argento’s 1977 masterpiece, Suspiria. The film’s continuing popularity can be attributed to a number of things from the vibrant colors and unforgettable synth score to ⤇

Dario Argento: A Primer in 9 Films

We’ve laid out a primer that recognizes Dario Argento’s “must-watch” films and the best entry points for those looking to dig into his filmography. ⤇