[Editor’s Note: This article was originally published in 2017, a year before Shudder changed the game and brought The Last Drive-In with Joe Bob Briggs back into our hearts and our desperately empty Friday nights. In many more ways than just one, Shudder has actualized the nostalgia-ridden fantasies of a generation and has become the premier destination for everything we love about horror and its community. Thank you, kindly, Shudder. The drive-in will never die!]

Think back to the 1990s—the days before widespread Internet and streaming services put nearly any movie your heart desires just a few clicks away. In those rose-tinted days, if you had it in mind to watch a movie, you either went to the video rental store or watched whatever movie happened to be on TV at the time.

For me, a trip to the video store was like a trip to Disney World—it took a lot of convincing, and I usually didn’t get to leave with what I really wanted, though I still looked forward to going there at any and every opportunity. For some, growing up in a fairly strict household meant that your parents scrutinized what you watched pretty closely. Which is to saying that running up to mom and dad waving a copy of Hellraiser at the video store wasn’t usually a winning strategy.

However, your folks didn’t have any control over what the fine people at the TV networks chose to air. Personally, I owe my lifelong fandom of horror to network TV and the nights spent staying up late to watch movies that I would otherwise not have had access to. I’ll never forget those thrilling moments of anticipatory panic, praying that my parents wouldn’t walk in and shut the TV off just as Mrs. Voorhees was shoving an arrow through Kevin Bacon’s neck. 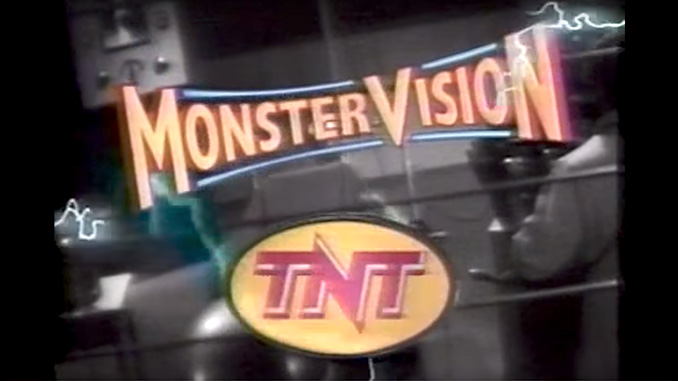 What sticks in my mind as particularly memorable from this era of network TV horror are the marathons that used to air every October. AMC had Monsterfest, which ran from 1997 to the mid-2000s and has now been replaced by FearFest. ABC Family (which has now been rebranded as FreeForm) has aired the 13 Nights of Halloween every October since 1998. The Disney Channel has even aired Monstober for the past several years, getting the younger audience acquainted with some SFW horror.

But perhaps best of all was TNT’s MonsterVision, which not only had an awesome marathon in October, but also ran weekly horror movie marathons every Friday night at 11 PM, that always ran into the wee hours of Saturday morning. Without a doubt, October used to be—and still is to a degree—a great time for network television.

One of the truly great elements of these classic horror marathons were their respective hosts that would show up in bumpers that separated the movie from the commercial break. The hosts—sometimes a celebrity, actor, or even a cartoon character—would comment on what’s happening in the movie, take phone calls, participate in prize giveaways, do interviews with cast from the movies, and more.

I recall once, during a Hammer marathon on MonsterVision, watching Dracula: Prince of Darkness and seeing the Joe Bob interview Christopher Lee mere seconds after I had just watched him ruthlessly sink his fangs into Barbara Shelley. The experience of seeing this absolute horror icon talking like a normal person seemingly live on TV was surreal and totally blew my young mind. 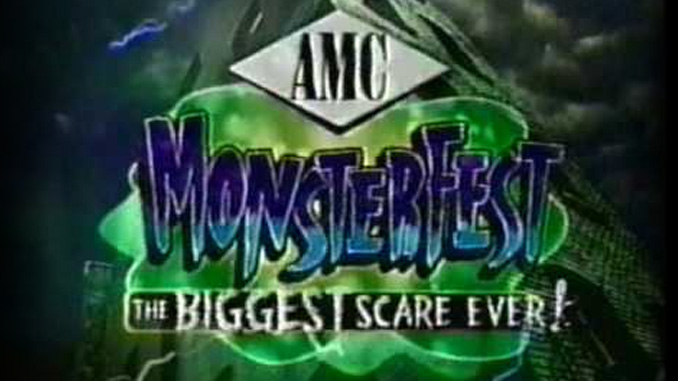 Another memorable feature that used to happen during horror movie marathons was that the network would use the opportunity to air material for the very first time. Oftentimes, this would be a new Halloween-themed episode of whatever shows the network was known for, which were always something to look forward to anyways. Other times, however, the network would air the world premiere of a new horror movie trailer during their marathon, which encouraged the viewers to tune in just so they could be among the first people in the world to see this sneak peek at a new movie.

Keep in mind, of course, that this was long before YouTube made these sorts of teases accessible—back when the world premiere of a trailer would be hyped up weeks in advance. During MonsterFest, for instance, you might not know that they’re going to air something new until a couple of hours before they do so. This tradition has, in some ways, persisted to this day with new episodes of The Walking Dead airing during AMC’s FearFest, but it is not nearly as prevalent as it used to be.

Modern audiences, with their ability to stream almost any movie that they want with the click of a button, will probably find it hard to relate to searching through the TV guide to see which movies will be on MonsterFest this evening. But for those of you who grew up watching marathons of horror movies late into the night on Fridays or on crisp October evenings, I hope this has stirred up a little nostalgic longing for a simpler time—a time when television movies were an event to be anticipated and celebrated and will forevermore be missed at this time of year.

The year of Stephen King continued yesterday with the first official trailer for Hulu’s upcoming original series, Castle Rock. The clip, which premiered at New York Comic Con, gives us flashes into the fictional town and the ⤇

The Best and Worst Episodes of The Simpsons Treehouse of Horror

It’s not often that we get a new tradition for Halloween. Trick or treating, scary movies, these were established long ago, but one modern day tradition that most people look forward to each year is ⤇