The past few years have been most excellent for the horror genre, and as we venture into a brand-new decade, there’s only more and more to look forward to. But first, let’s start with what we can expect from 2020.

Below, we’ve put together a list of the most exciting and highly anticipated horror already in place for release this year. Check out the trailers, and let us know what you’re looking forward to most in the comments below.

According to its Wiki page, The Turning—an adaptation of 1898’s The Turn of the Screw by Henry James—began development as a “passion project” of executive producer Steven Spielberg, who said that he “wanted to be involved in a horror film again.” Initially, 28 Weeks Later director Juan Carlos Fresnadillo was attached to the project, which was to be called Haunted, but it was renamed The Turning and handed to young director Floria Sigismondi. Mackenzie Davis and Finn Wolfhard star, and it looks like it’ll hopefully both capture and modernize some spooky, old-timey vibes.

Gretel & Hansel comes out the following week and stars yet another It kid, Sophia Lillis. Similarly to The Turning, it’s also another adaptation from the 1800s—specifically, the “Hansel and Gretel” fairy tale by the Brothers Grimm. Oz Perkins (The Blackcoat’s Daughter, I Am the Pretty Thing That Lives in the House) co-writes and directs, and it definitely looks dark and interesting.

Honestly, I don’t know what the fuck this is. I can’t figure out what the tone of this trailer is even supposed to be or what kind of scary movie this is supposed to be, and it’s a Blumhouse joint, which means it has about an equal chance of being either dogshit or brilliant. Jeff Wadlow is directing, whose most recent effort was 2018’s Truth or Dare, so…😬

After Midnight is one of the more low-key, not super hyped horror movies that I’m really looking forward to seeing this year. My boy Henry Zebrowski is it, Aaron Moorhead and Justin Benson were involved, and it looks really odd and interesting. Here’s to hoping it delivers.

If we’re being honest, I’m just not into this. It’s not The Invisible Man, it looks nothing like The Invisible Man, and from where I’m sitting, that means it should be called something else entirely. The concept is cool, the movie could be cool, but it doesn’t even capture the same spirit in any way whatsoever as the ‘30s classic, so, I mean, call it something else Leigh Whannell.

A Quiet Place 2 looks like it’ll be an entirely different movie than the first one was, which is odd but in a way that I think I’m probably into. I really enjoyed the first one, and with this trailer, I’m on board so far.

This looks absolutely fucked. It comes from a director I have no experience with named Rose Glass, and I’m sincerely very stoked to see this one. Sick!

Antlers is a new very spooky creature-feature-looking horror movie directed by Scott Cooper, who has previously made decidedly not horror movies like Crazy Heart (2009), Out of the Furnace (2013), and Black Mass (2015). It looks very creepy and Guillermo del Toro is producing, so I’m on board.

The Conjuring: The Devil Made Me Do It | September 11

As we move into fall 2020, we have less and less information, so there’s no trailer for this one. But we do know that a Conjuring movie is coming out in September and will be directed by The Curse of la Llorona director Michael Chaves. 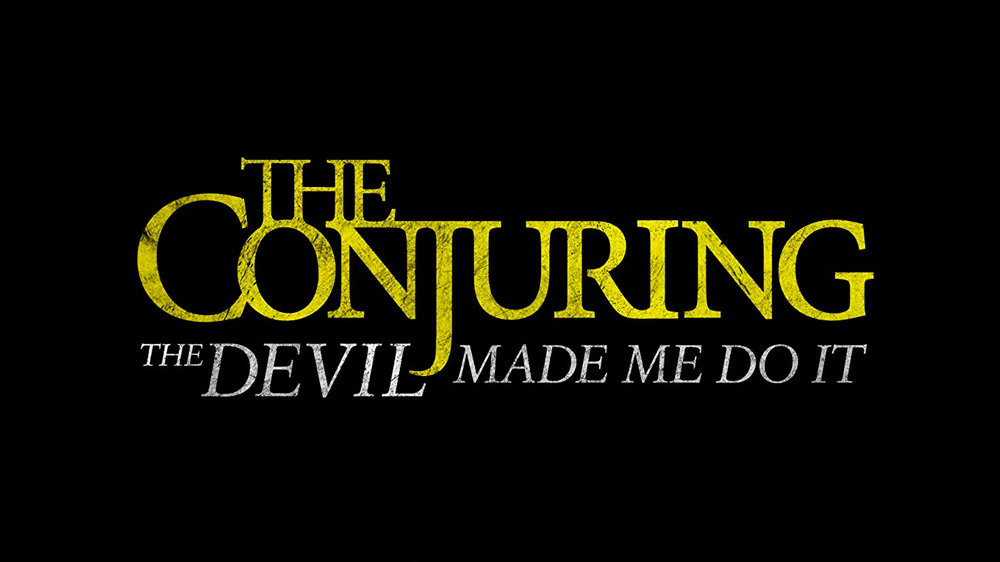 I don’t know anything about this one other than it’s a psychological horror movie from my boy Edgar Wright, and honestly, that’s enough for me. You?

Halloween Kills is the highly anticipated follow-up to 2018’s successful Halloween, and the first of the two series films that were shot back-to-back for concurrent release. Halloween Ends is already set for a release exactly a year later on October 15, 2021. Check out the teaser above, and stay tuned for a trailer coming soon.

Mutants! I have nothing else to say about this beyond that I know it’s coming, I know it’ll be utterly magical, and I’m stoked as hell.

Here at Wolfbane, we’re big fans of creative duo Aaron Moorhead and Justin Benson who’ve made groovy films like The Endless (2017) and Spring (2014). I don’t know much about their newest film, but I know that it premiered on the festival circuit this past fall and was well-received enough to ink a distribution deal. Stay tuned for more details as we have them.

For many, during the month of October, it has become tradition to celebrate the season by watching a horror movie each day of the month. While it is not necessarily easy to find the time ⤇

Quiz: Which Of These Classic Monster Movies Did We Make Up?

The explosion of the horror genre on film in mostly thanks to one studio. From the ’30s through the ’50s, Universal Studios cranked out movie after movie featuring our favorite monsters, and audiences couldn’t wait to see more ⤇

Popping Cherries at the Last Drive-In with Joe Bob Briggs: 10 of My Previously Unseen Favorites

With The Last Drive-In on Shudder, Joe Bob Briggs has returned to form without missing a beat. Today, I’m looking at my 10 favorite previously unseen Drive-In movies. ⤇