Hi, hello, and welcome to the first installment of Horrorscopes—a weekly series wherein we at Wolfbane Blooms (with no astrology training whatsoever) tell you what horror movies you should watch this week based on your weekly horoscope (as written by someone else)!

Aries, wow! The ram, how powerful. Apparently this season is your season, which I’m sure is very exciting, although it’s none of my business. Anyway, according to PureWow, this week is going to be all about relationship dynamics, oOoOo. “Whether you’re renewing a connection or pulling the plug, with chatty Mercury meeting up with hazy Neptune on the 29th, you might feel more comfortable expressing yourself through a curated Spotify playlist than a straight-forward chat.”

Alright, well, complicated, but that’s what we’re here for! If messy relationship bullshit is on the menu this week, we recommend: 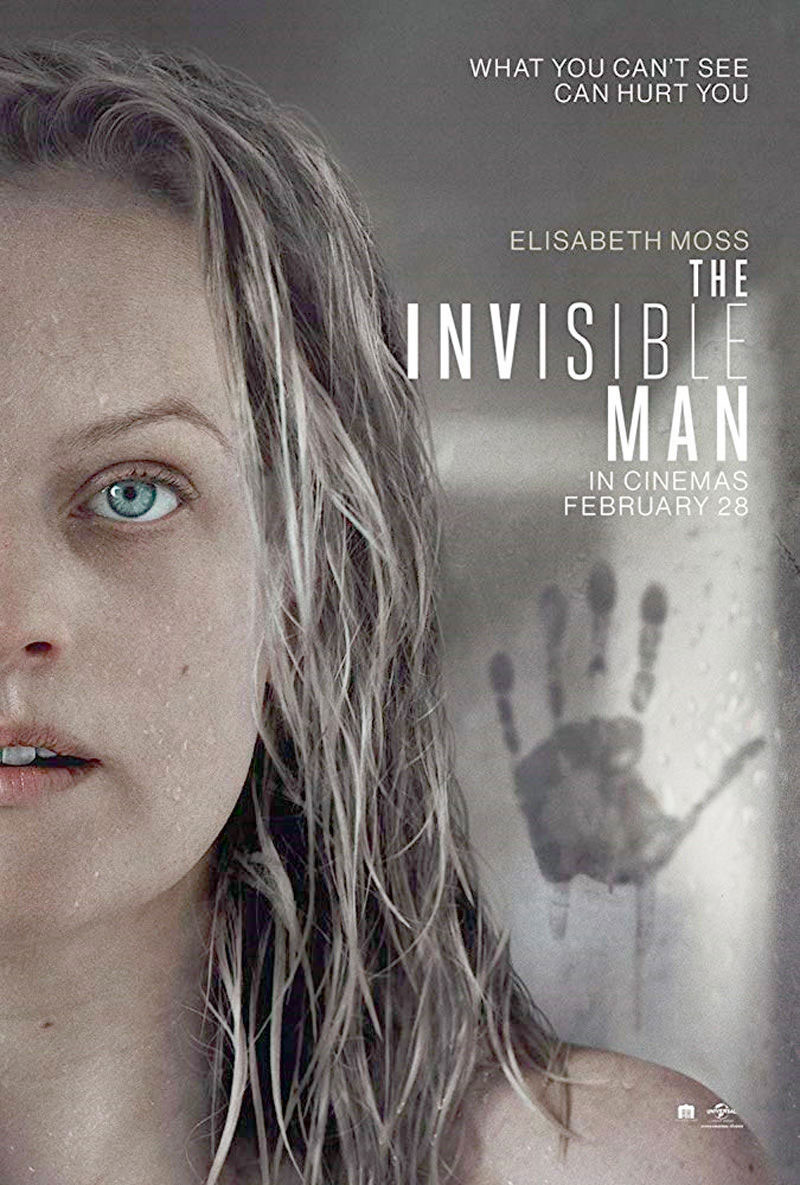 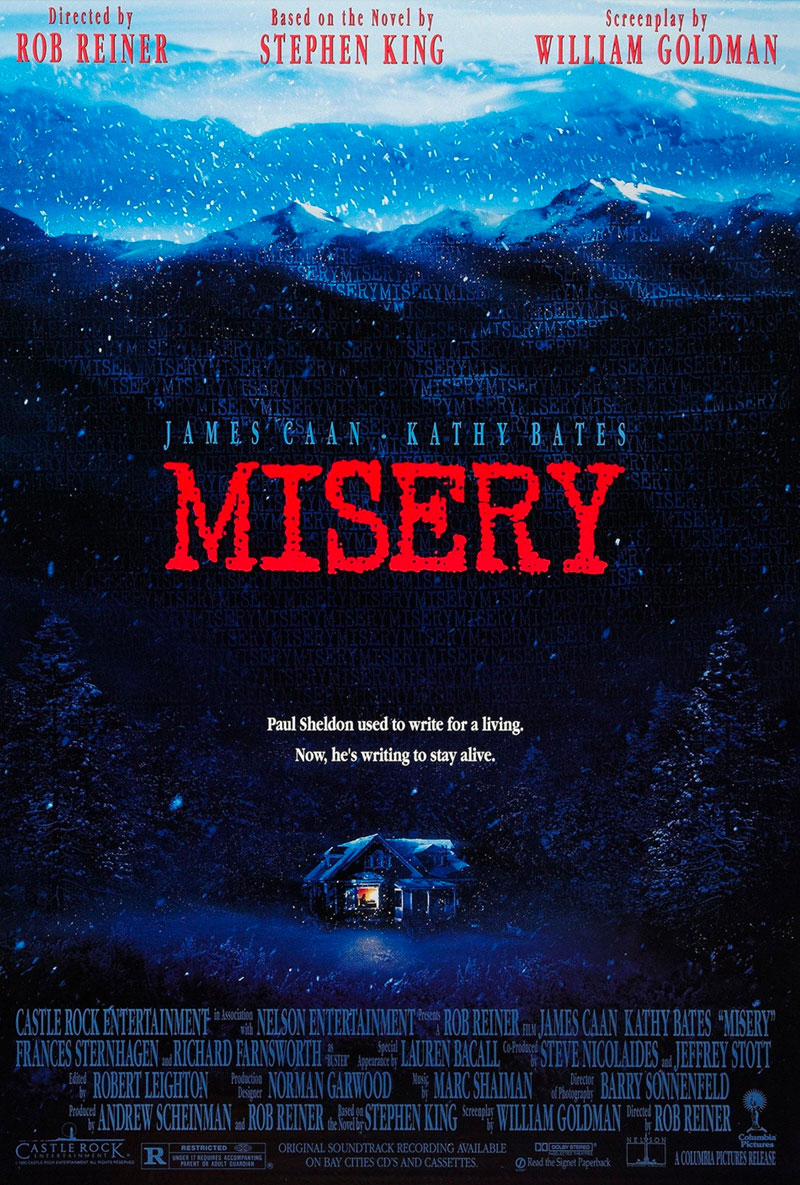 According to PureWow, Taurus (which is me) has been super focused on rest and relaxation (always and forever, amen), but will irritatingly be interrupted and “pushed into the heat of battle” this week (ick!!!!! No thank you!!!!!). There’s also some unsavory mention of clarifying career goals, but it all sounds positively distasteful.

We Tauruses (Taurusi?) should flip on these bangers to remind us how to relentlessly kick ass, should we be “pushed into the heat of battle” at the office this week. 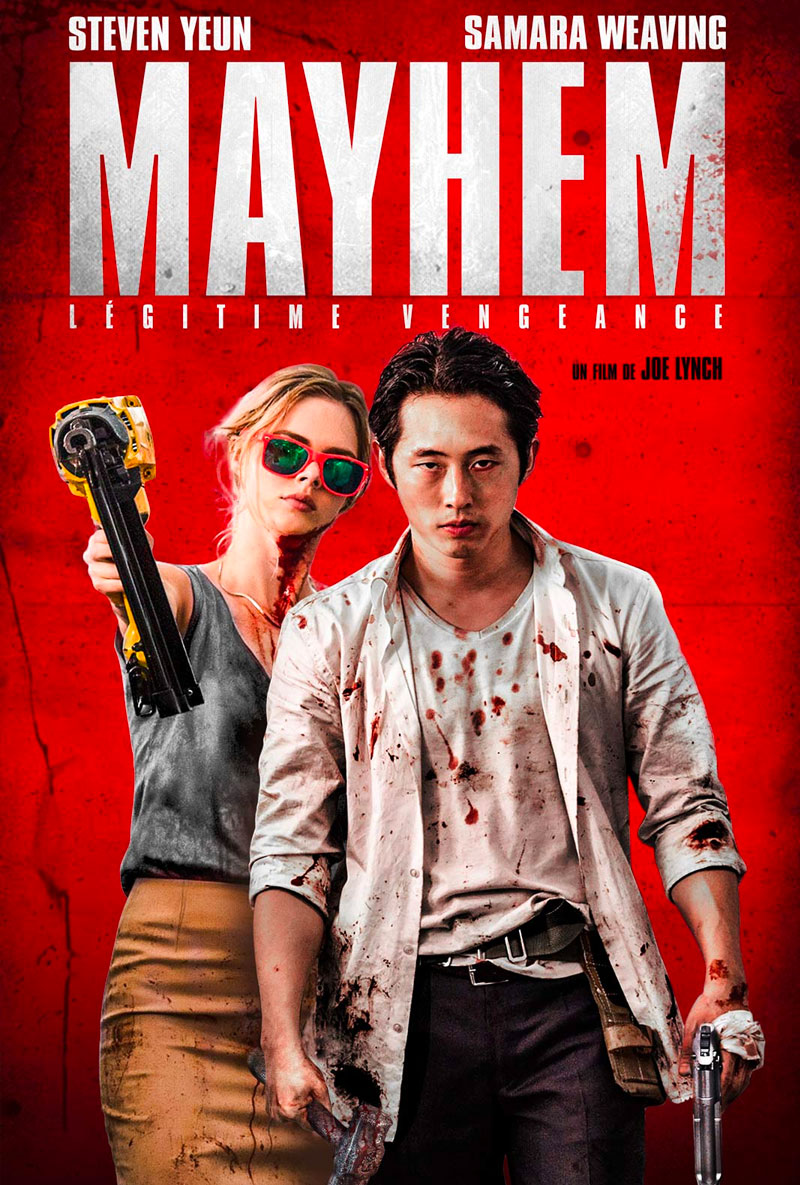 Mayhem (2017)
Viral outbreak = carte blanche to violently murder your bosses? Don’t mind if I do. 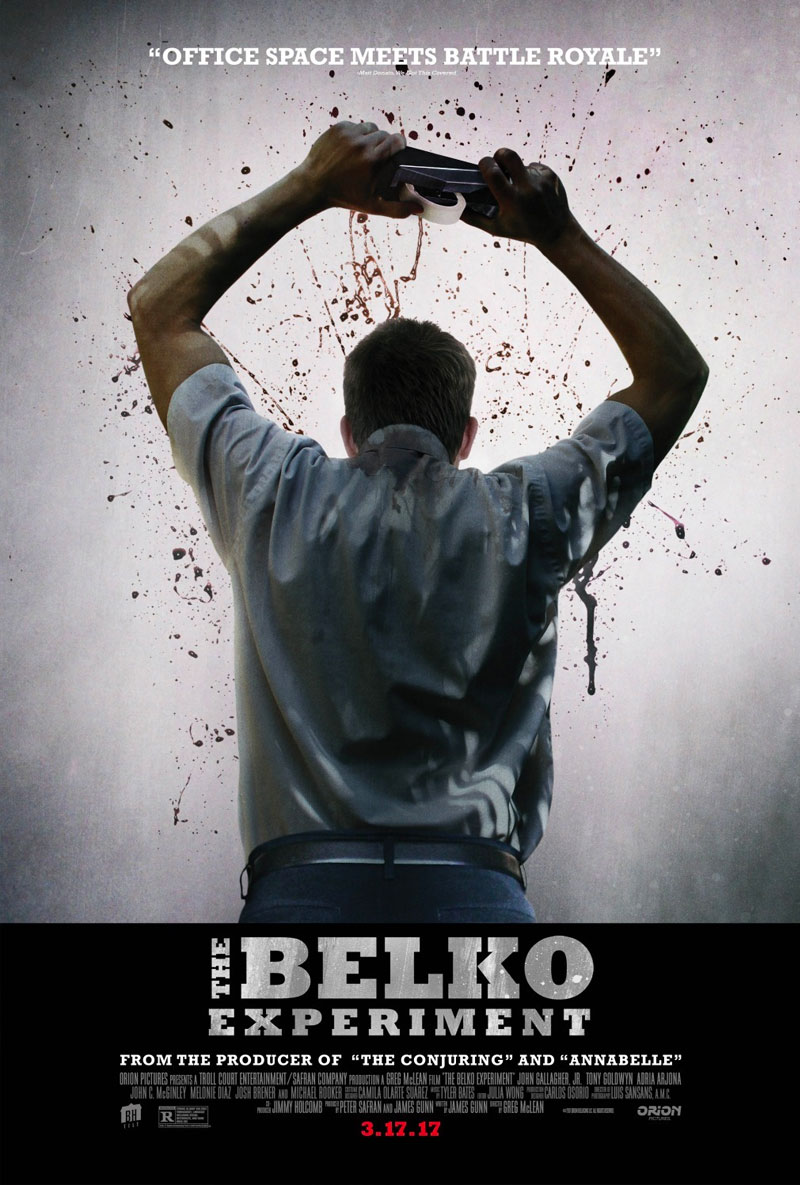 The Belko Experiment (2016)
Mayhem of a different kind—no virus, just entrapment in the office and threats from an omniscient voice to murder your coworkers or else. Read review ⤇ 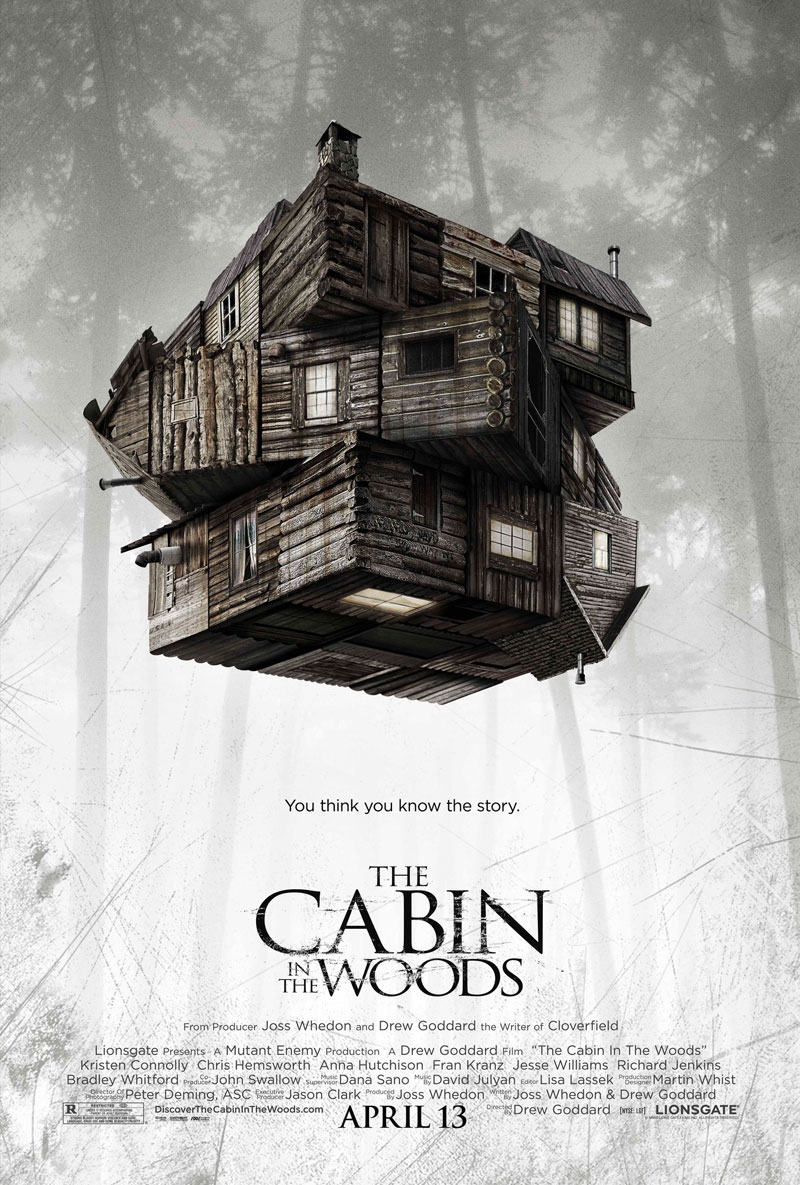 OMG, Geminis, you dirty sluts! You’re apparently getting some love this week, love in the time of a pandemic. Incredible! We’ve got a few classic love stories for you to soak up, some real relationship goals type of shit, so be sure to take notes. 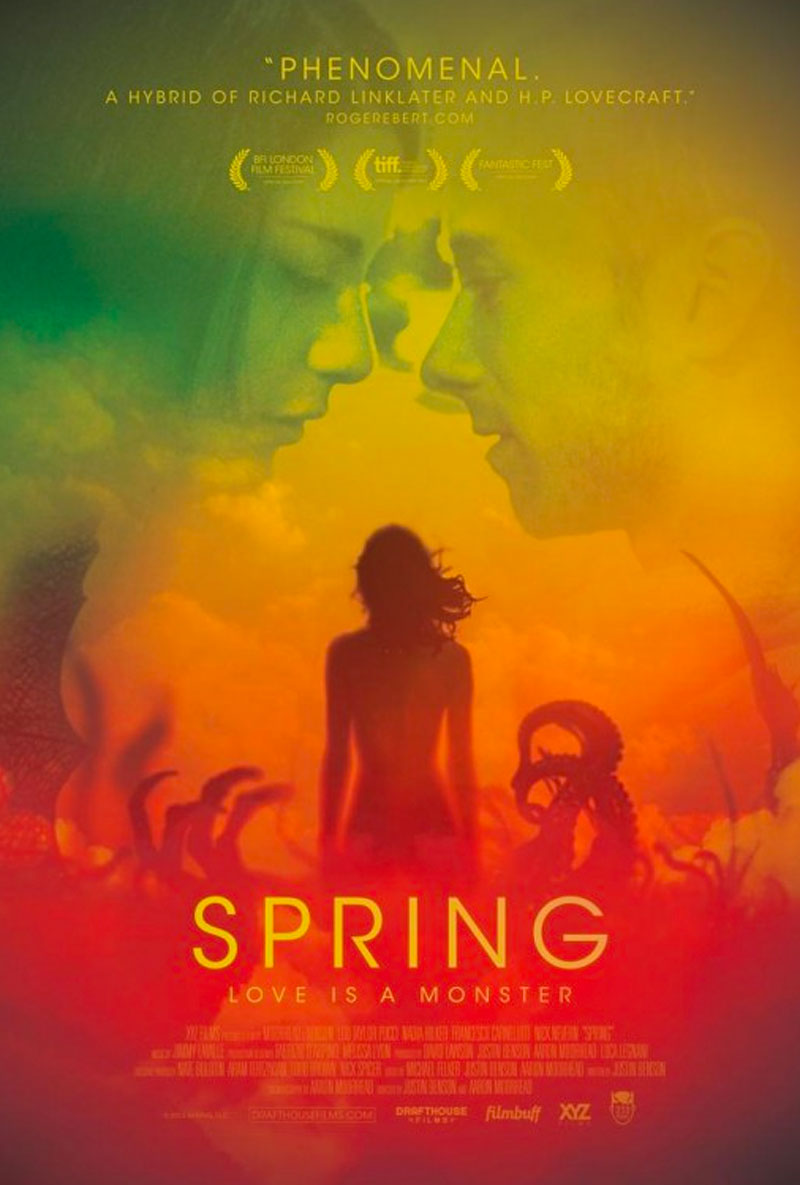 Ready or Not (2019)
“Weddings are really for the family,”” and here’s why you shouldn’t have one.

“You’re everybody’s ‘mom friend,’ but have you been ignoring your own needs?”” Well, Cancers, have you? A full moon on the 28th is going to “light up your home and family sector,”” and though I have absolutely no idea what that means, it sounds like what you need to do is relax and indulge in yourself a bit. So, let’s do some indulging and catch up on recent horror you may have missed. 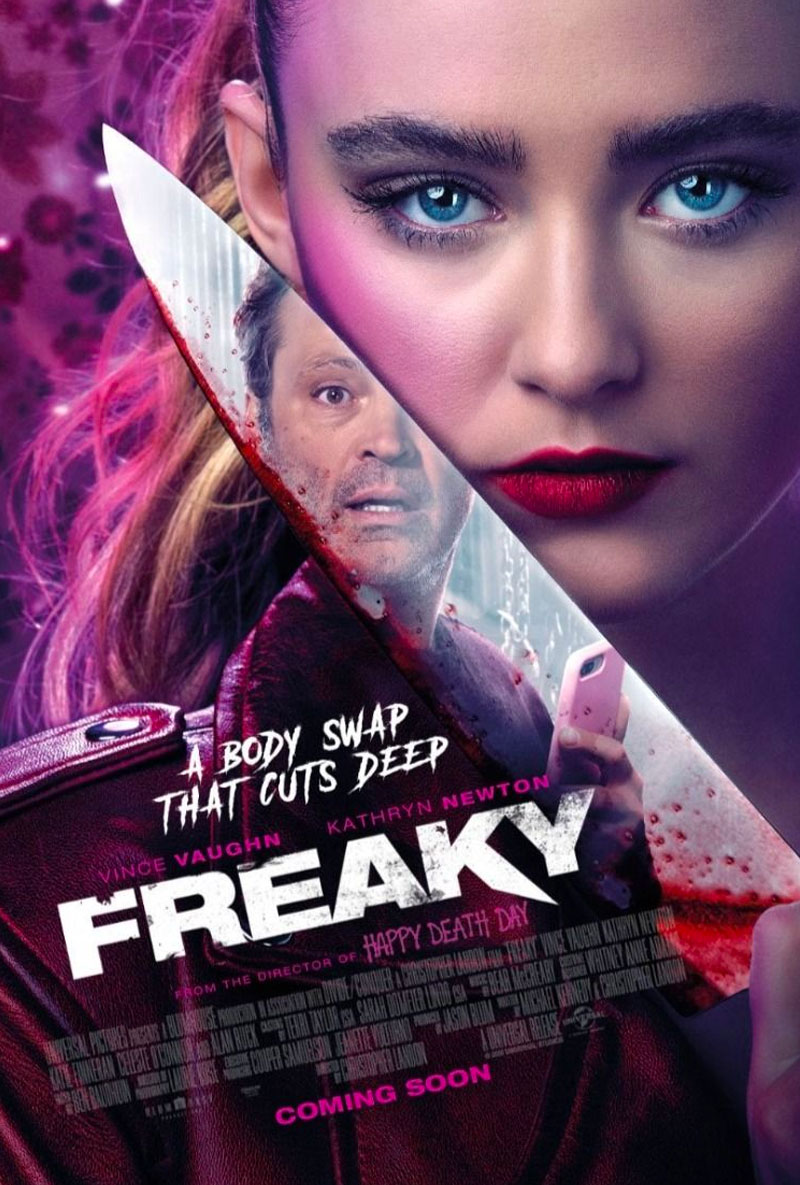 Freaky (2020)
One of my favorite movies from the last few years. All hail Vince Vaughn. 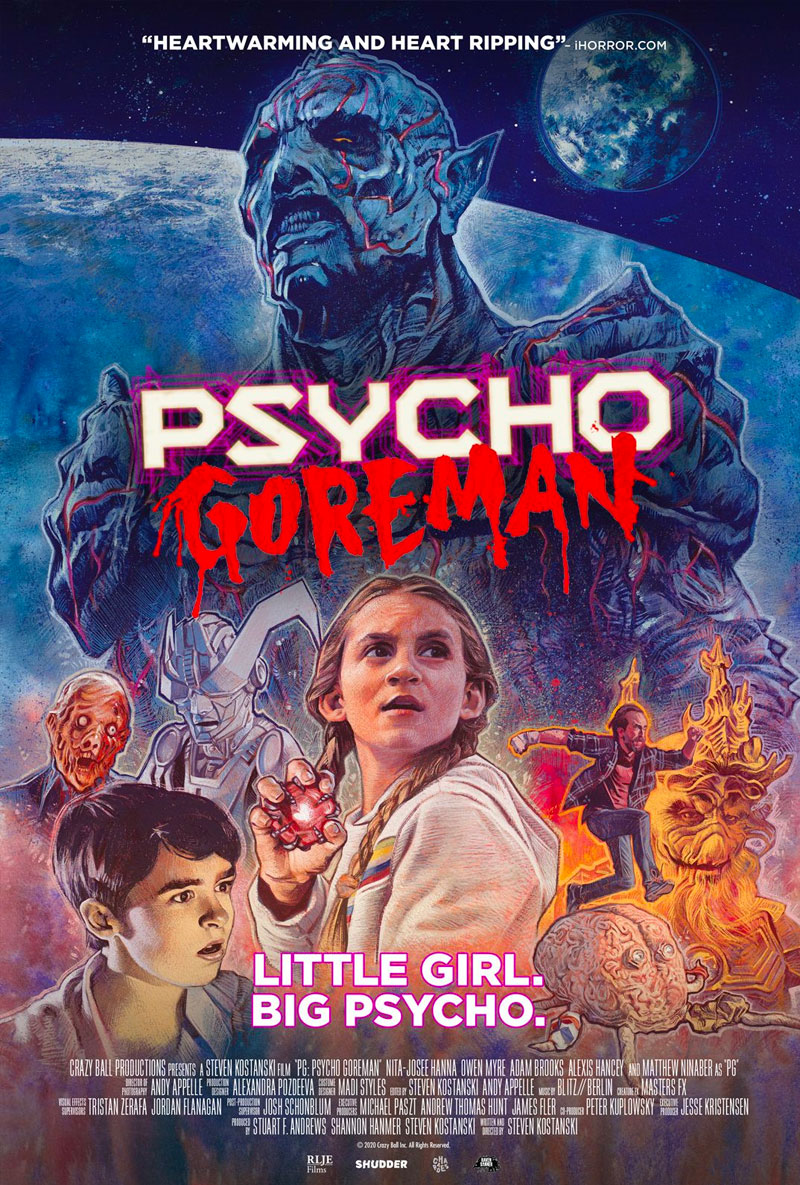 Psycho Goreman (2020)
Barbara Crampton said she really liked PG on Twitter, so I watched it immediately because them’s the rules and Barbara is our Queen. 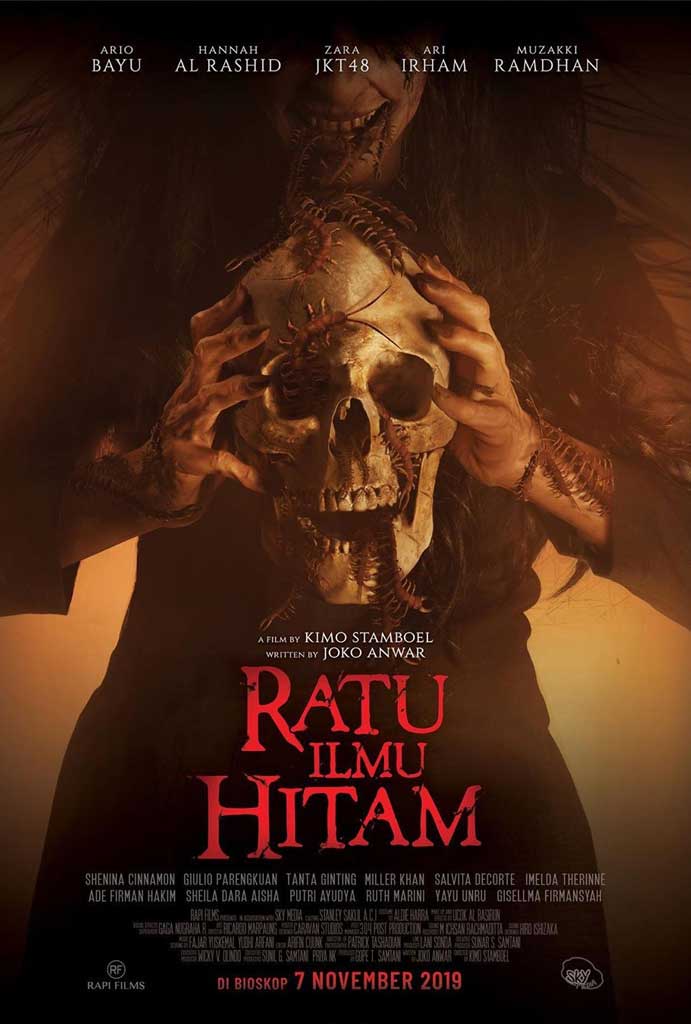 According to PureWow, your attention-loving ass is about to get bombarded this week from all sorts of old friends, inappropriately worming their way back into your life. PureWow suggests you “keep your options open,”” but I suggest you shut that shit down because you have enough friends and fell out of touch with these assholes for a reason.

Here are a few hits to remind you just how much havoc reconnecting with estrangers can wreak on your perfectly fine life. 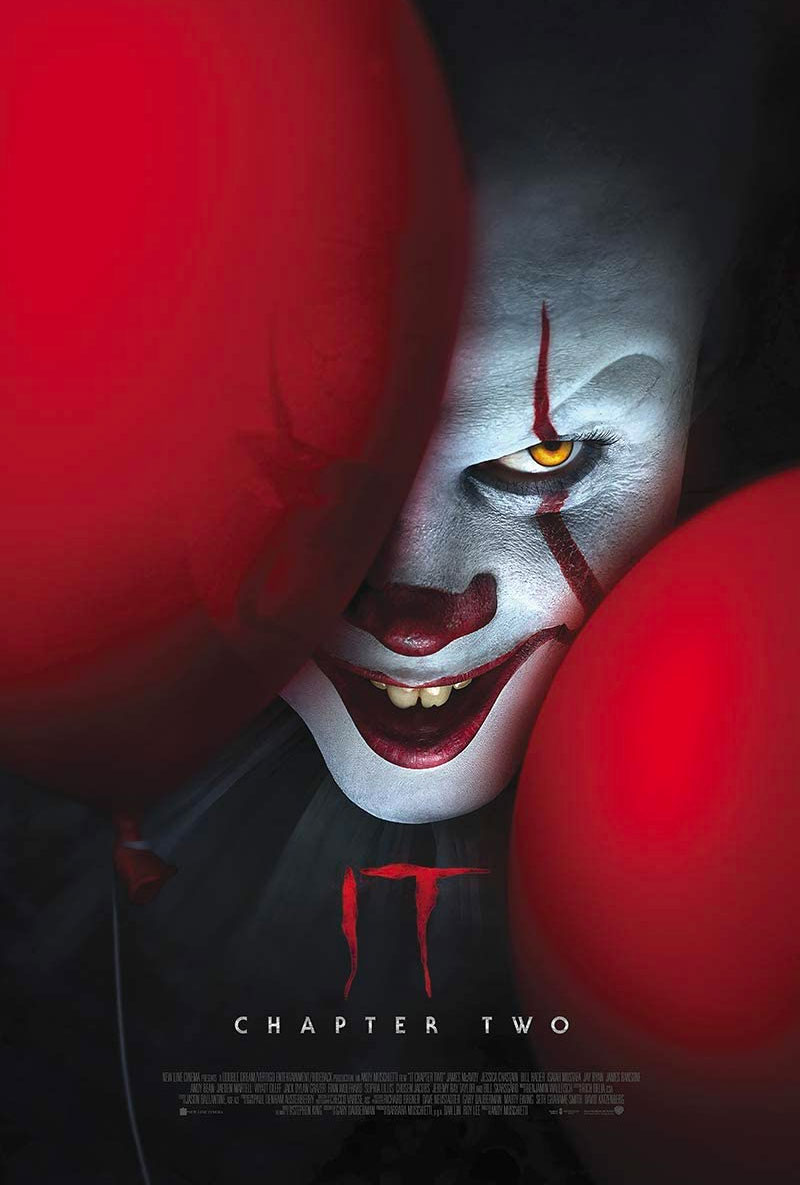 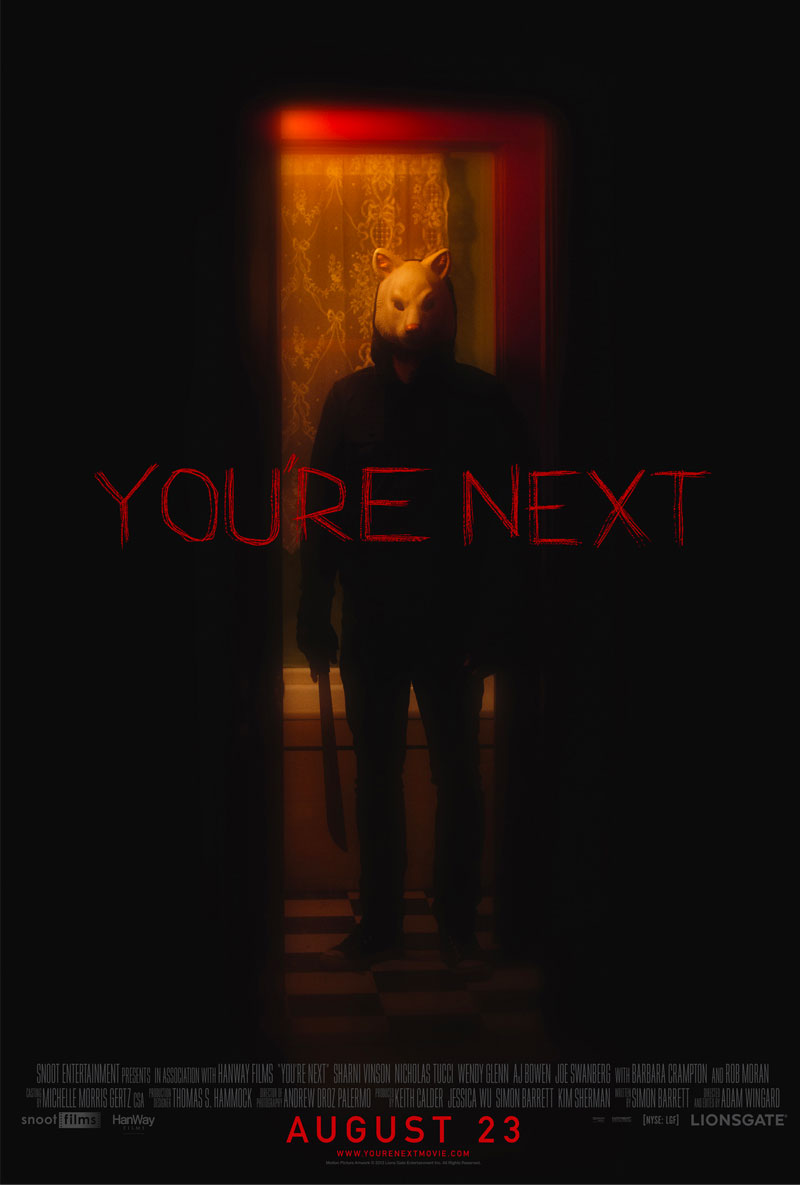 You’re Next (2011)
Family reunions aren’t even a good idea when your family isn’t estranged and murderous. 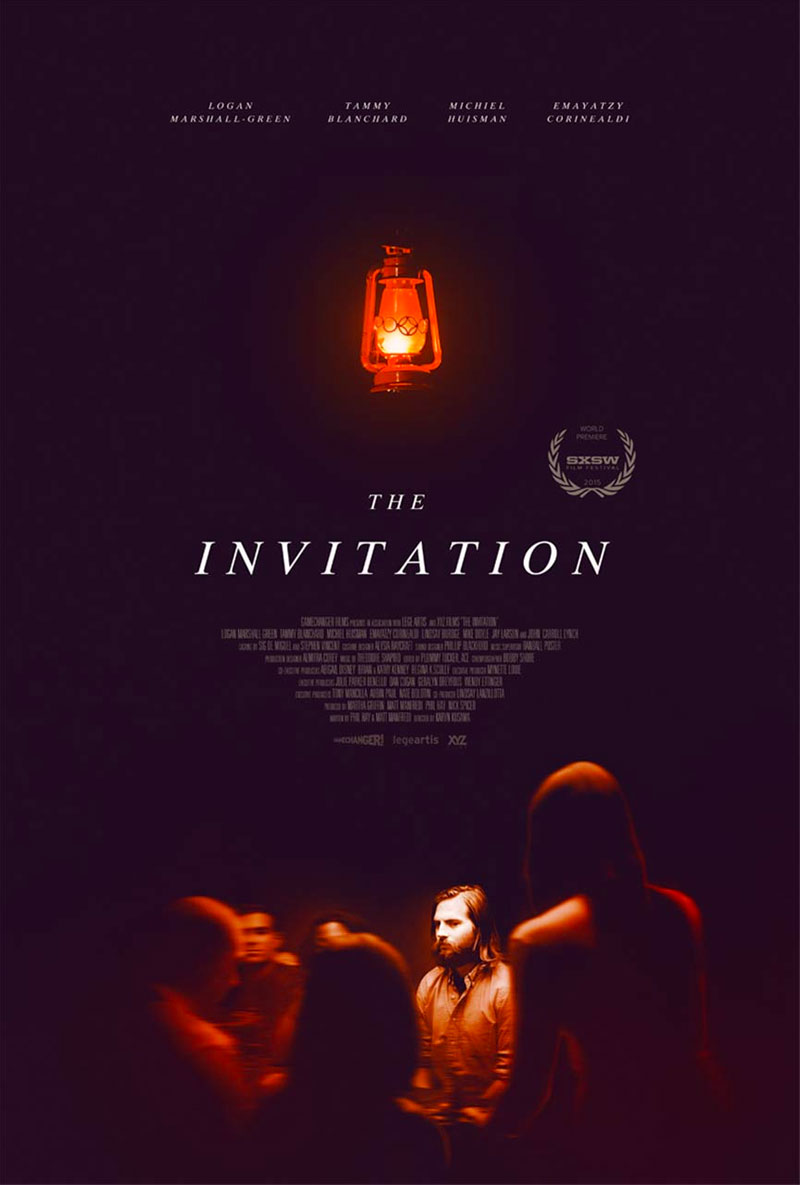 The Invitation (2015)
“Responding to an invitation from his ex-wife, a man brings his girlfriend to a dinner party.” LOL Read review ⤇

Virgo, PureWow is really giving you some shit about apparently ignoring some Big Bills, but it all feels very judgy, especially during a pandemic, so I shan’t repeat it. The good news is that you’re also apparently supposed to come into a “windfall” of money on the 28th, but I just want to quickly remind you here that horoscopes aren’t real and you probably shouldn’t bet on that…

Anyway! Here are some excellent horror movies made with no money, which is coincidentally the amount that you have. Inspiring! 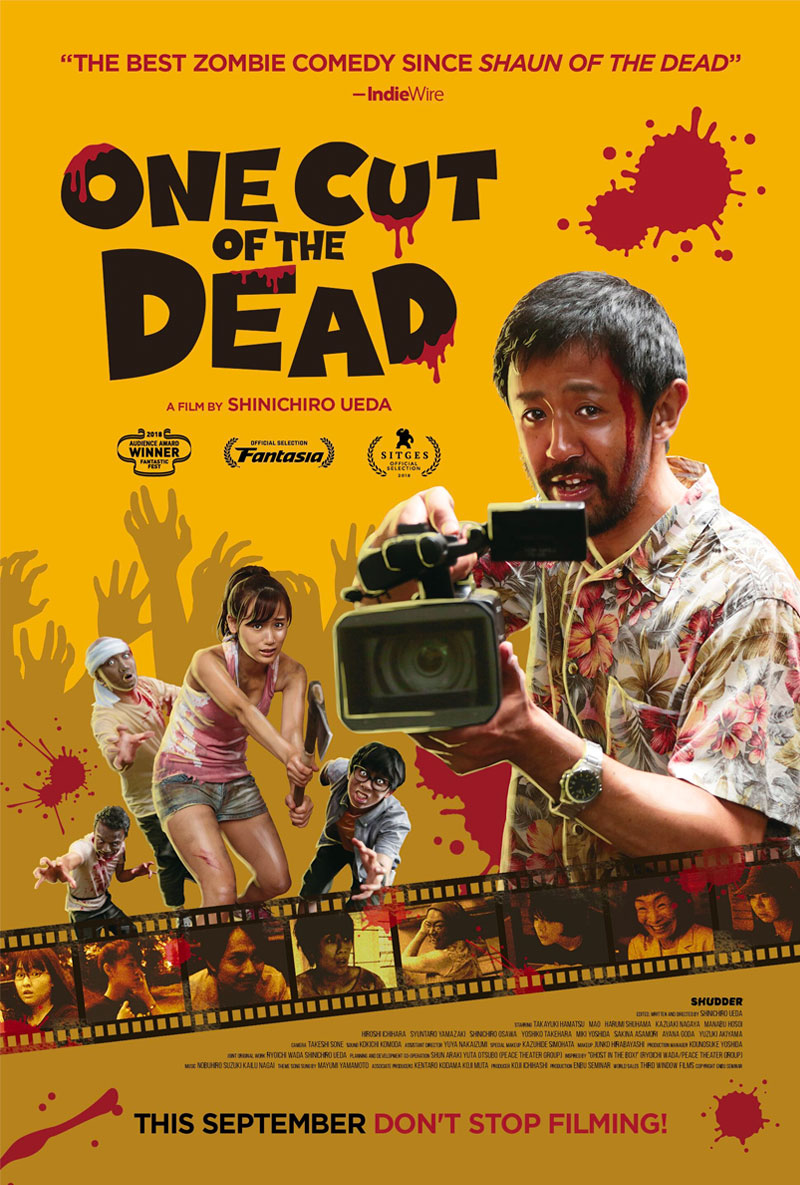 Hey Libra, what’s up? Your PureWow write-up for the week is suspiciously similar to Cancer’s—lots of stuff about how you need to take better care of yourself and buy yourself things, yadda yadda. I kind of feel like I did this one already, sorry, uh, lemme think.

Hmm…maybe check out some of this haunted object horror before you start materialistically self-soothing, eh? 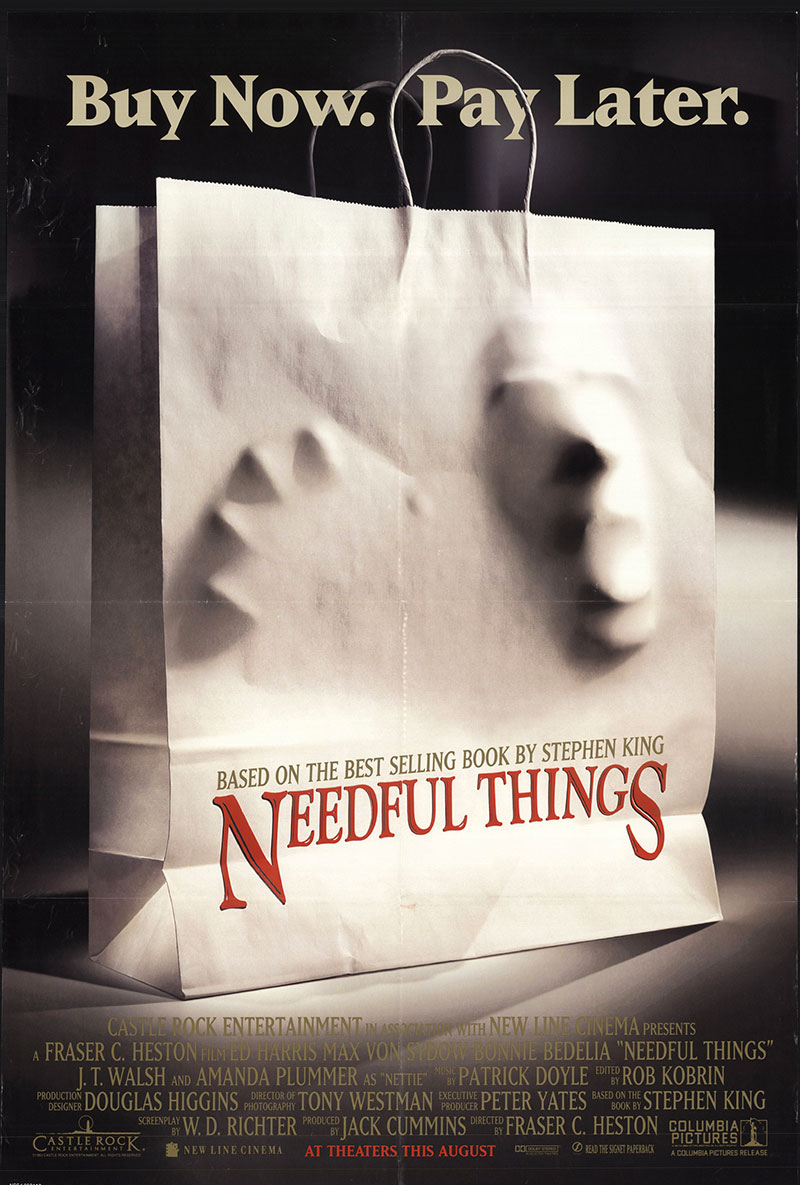 Needful Things (1993)
A lesson in the importance of price transparency.

Christine (1983)
A Plymouth Fury isn’t the answer to your popularity problems, Arnie.

Scorpios, y’all are chaotic as fuck, and according to PureWow, your chaos has been on overdrive this Aries season (whatever that means). The full moon on the 28th is going to straight up bum you out and make you all sleepy and in need of rest, so how about some movies in which the moon does the opposite? 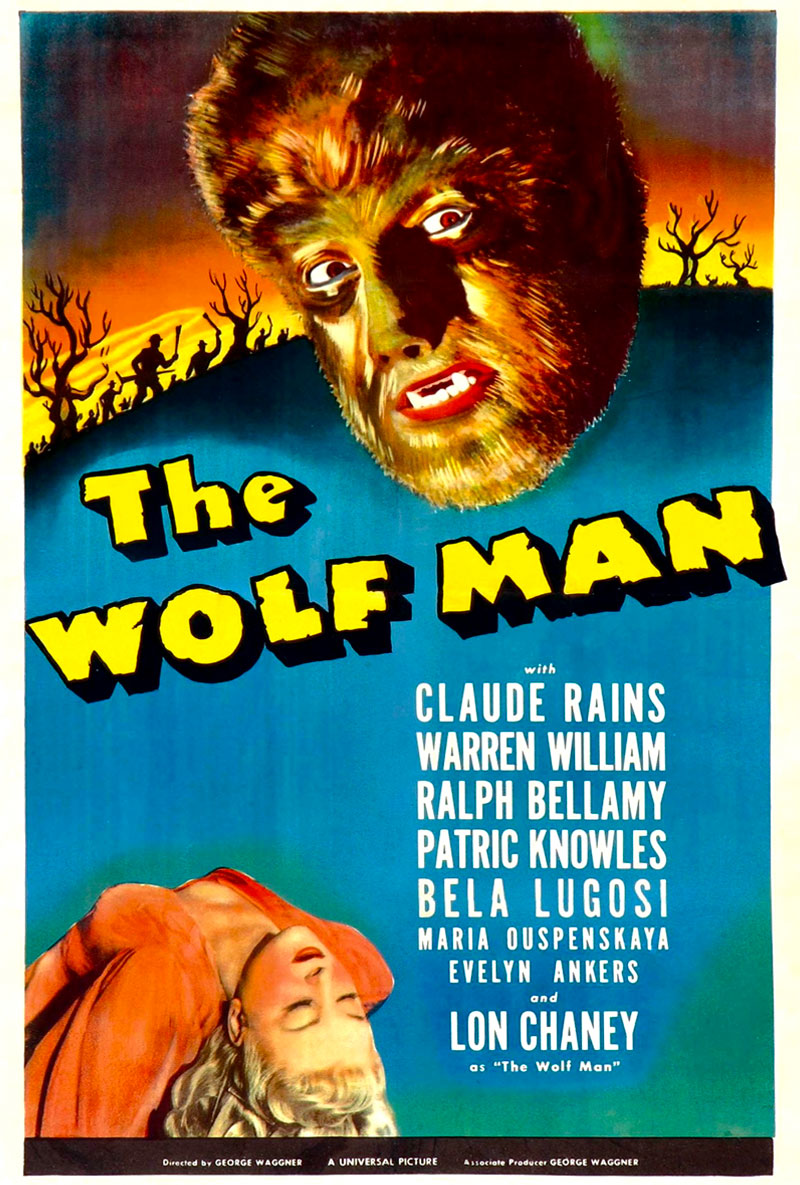 The Wolf Man (1941)
“Even a man who is pure in heart and says his prayers by night may become a wolf when the wolfbane blooms and Autumn moon is bright.” Take the quiz ⤇ 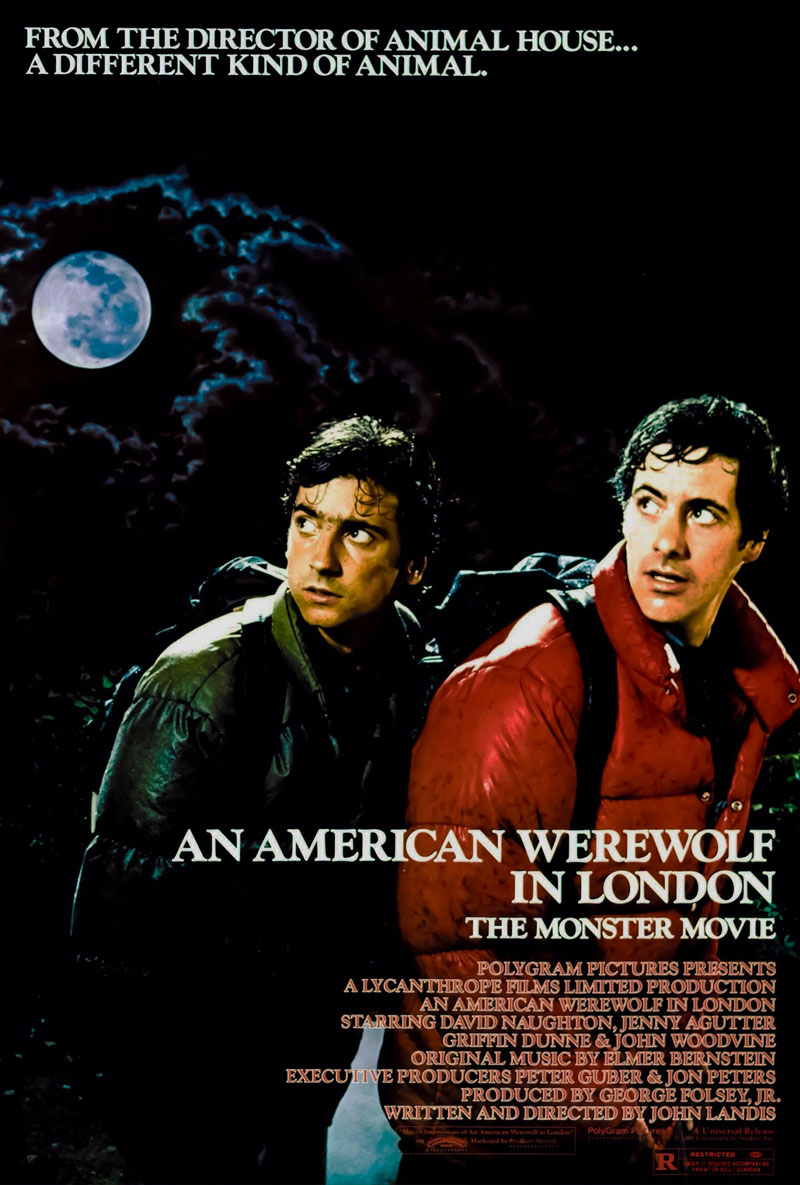 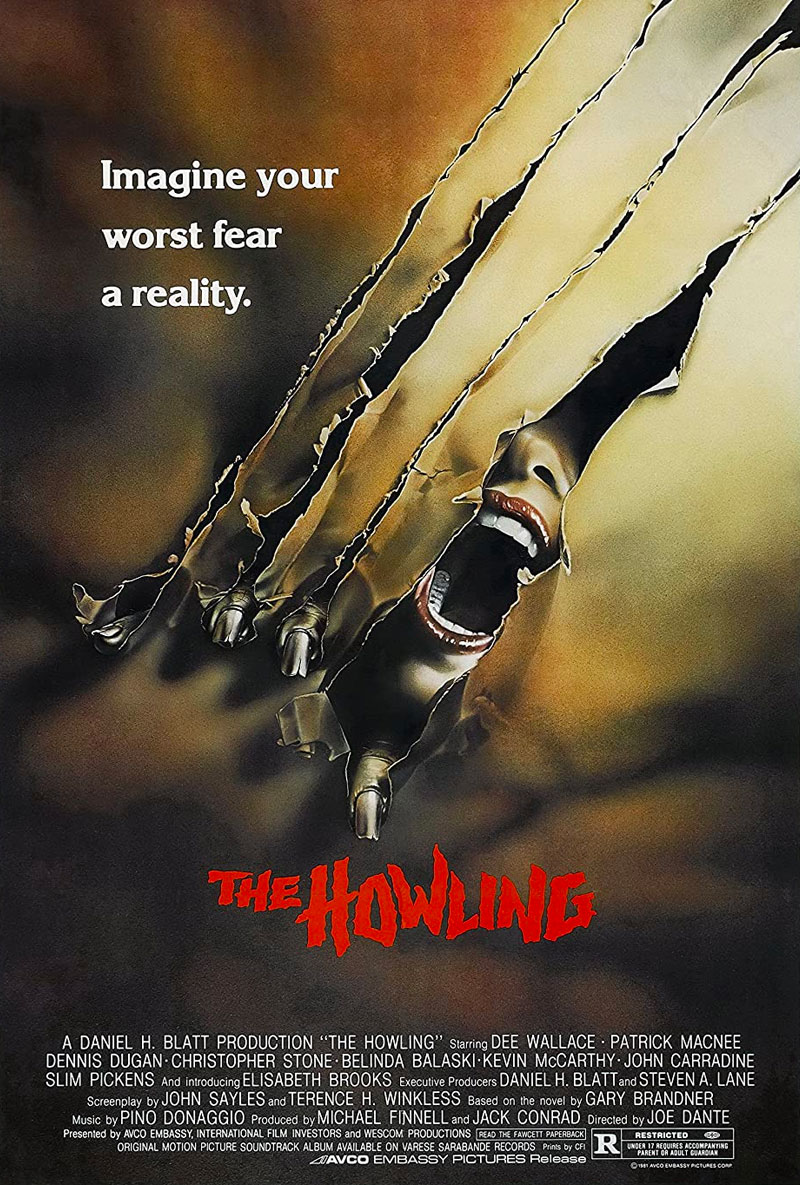 The Howling (1981)
“We should never try to deny the beast, the animal within us.”

Your focus is on pleasurable goals and exciting aspirations this week, Sag. My goal is simply to learn how to spell Sagittarius without having to look it up. We’re all working on ourselves. In the meantime, check out these spicy flicks about badass bitches taking control of their lives. 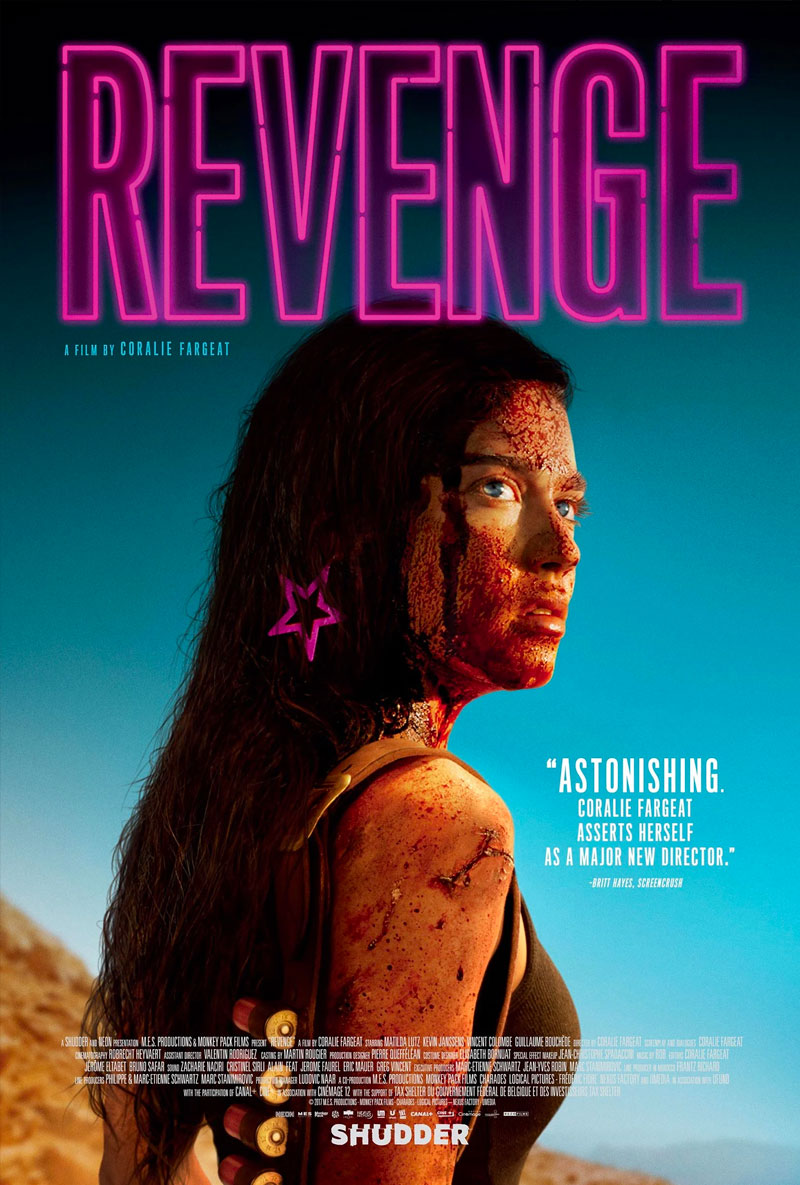 Shaun of the Dead (2004)
“I don’t think I’ve got it in me to shoot my flatmate, my mum and my girlfriend all in the same evening.”

Crawl (2019)
How to handle crocs in the basement. Read review ⤇

The full moon on the 28th is going to light up your career sector, Capricorn, which honestly doesn’t sound very interesting to me, because capitalism is a prison. The sooner you learn that, the better, Capricorn. PureWow suggests letting go “of all of the things you think you ‘should’ be doing and discover what you actually want.” What I want, Capricorn, is socialism. Here are a few flicks to remind you to eat the rich. 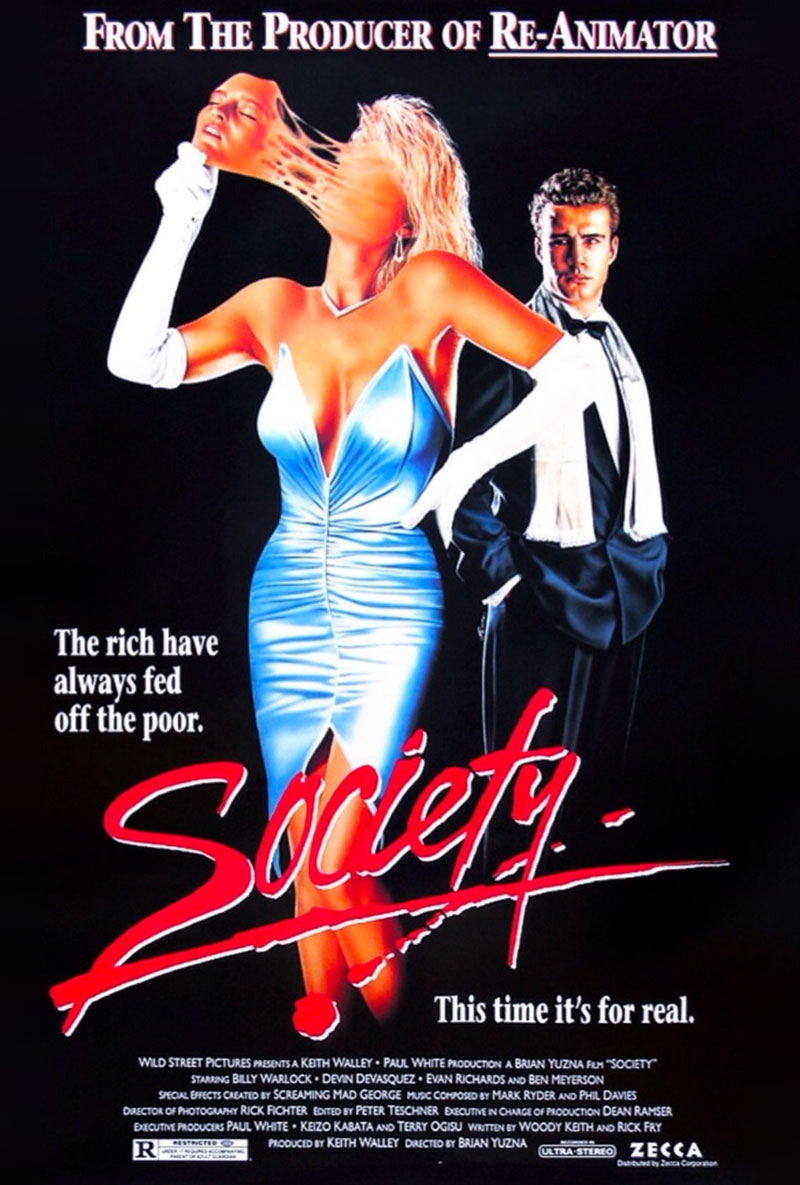 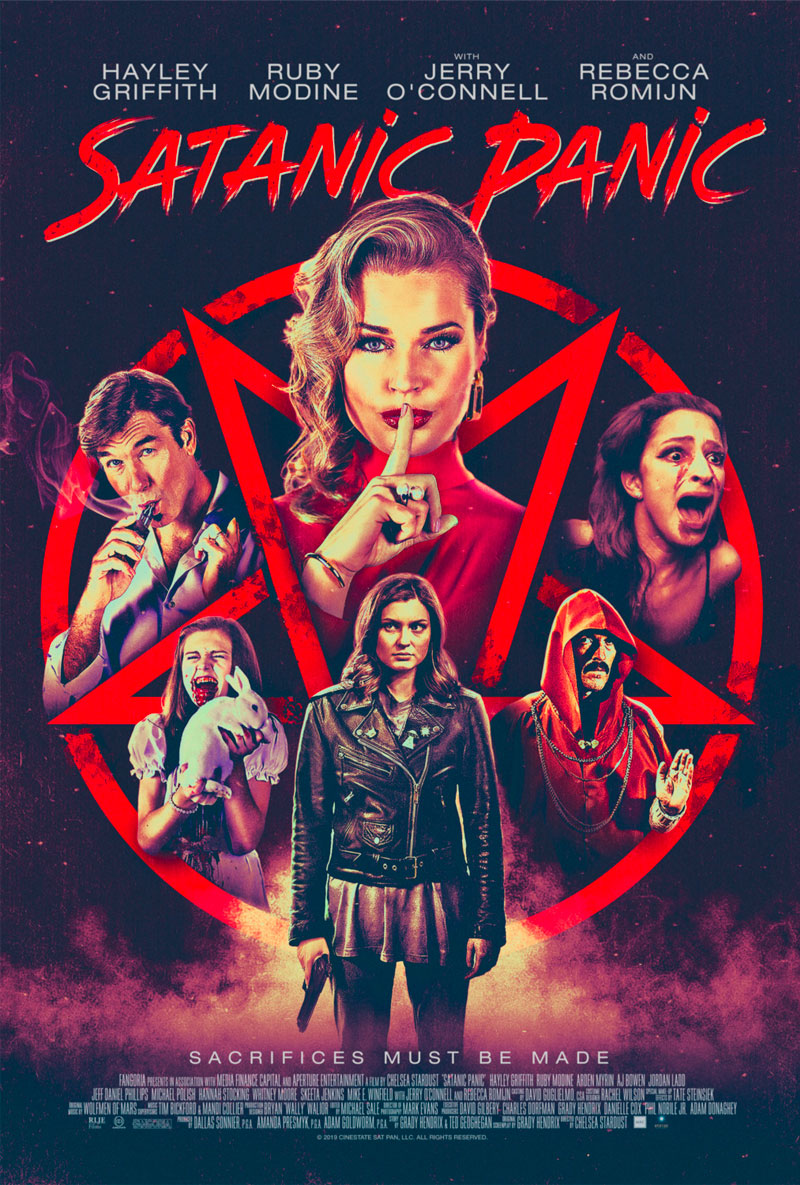 Aquariusi, y’all have been busy as hell this Aries season! According to PureWow, you’ve been busy with terribly boring shit, though, like cooking yourself meals and carting your small, screaming children around to public places. The good news is that the full moon on the 28th is going to get you all inspired creatively, so put your goddamn children to bed and check out some first-installment horror that inspired incredible franchises. 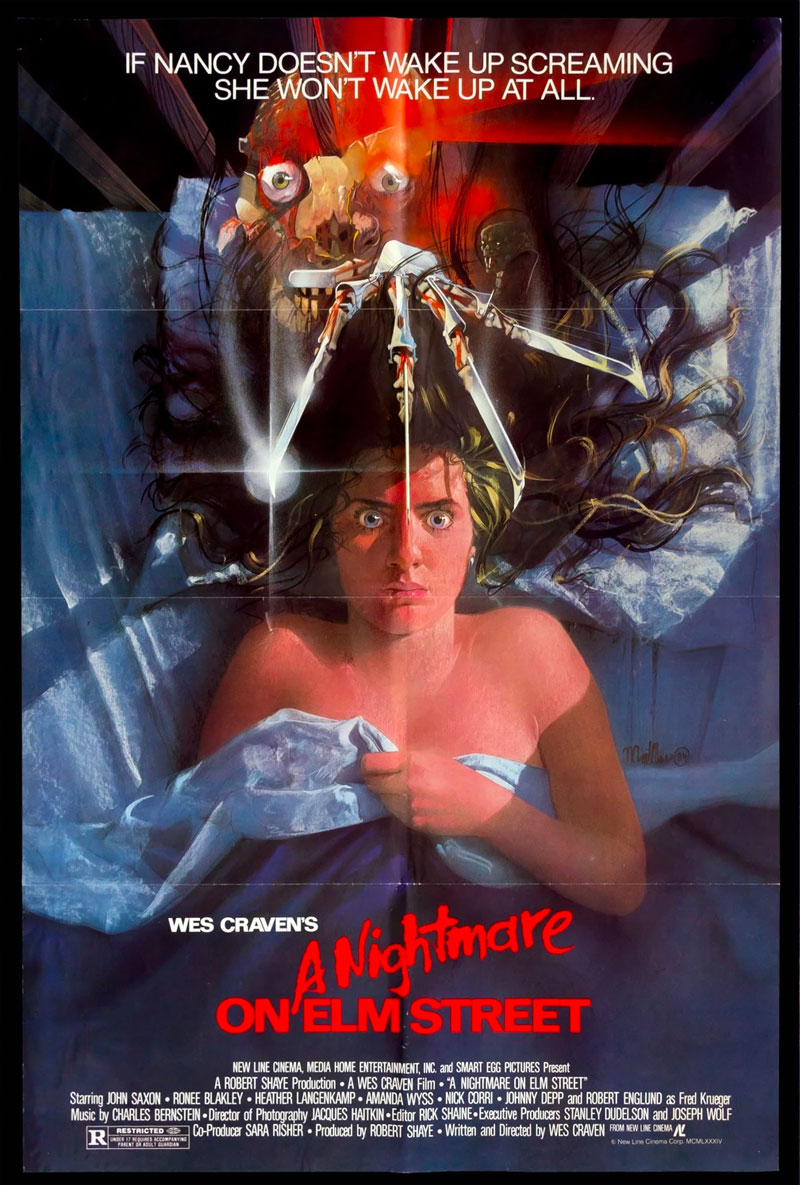 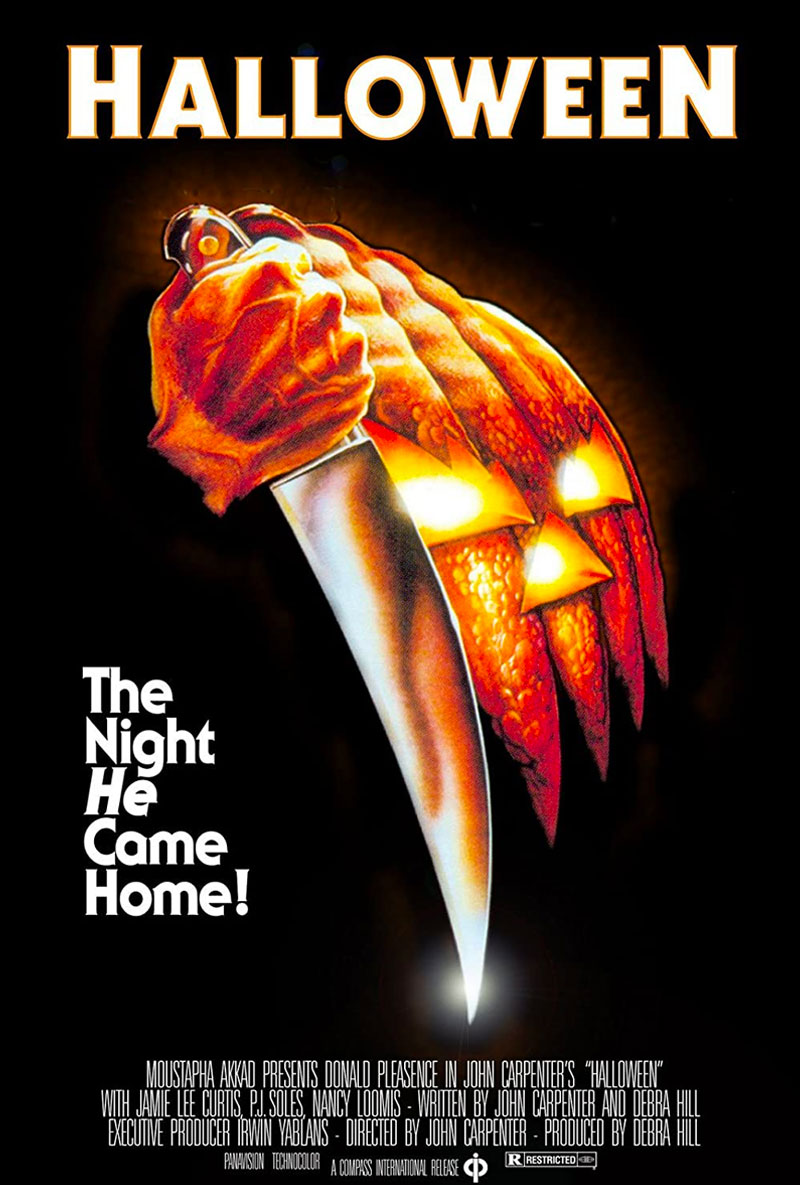 Whoops! It looks like Pisces peeps are running from money problems this week, and though PureWow suggests handling your shit, I suggest obstinately deciding to ignore it—like these people who clearly moved into incredibly haunted houses and didn’t leave immediately. 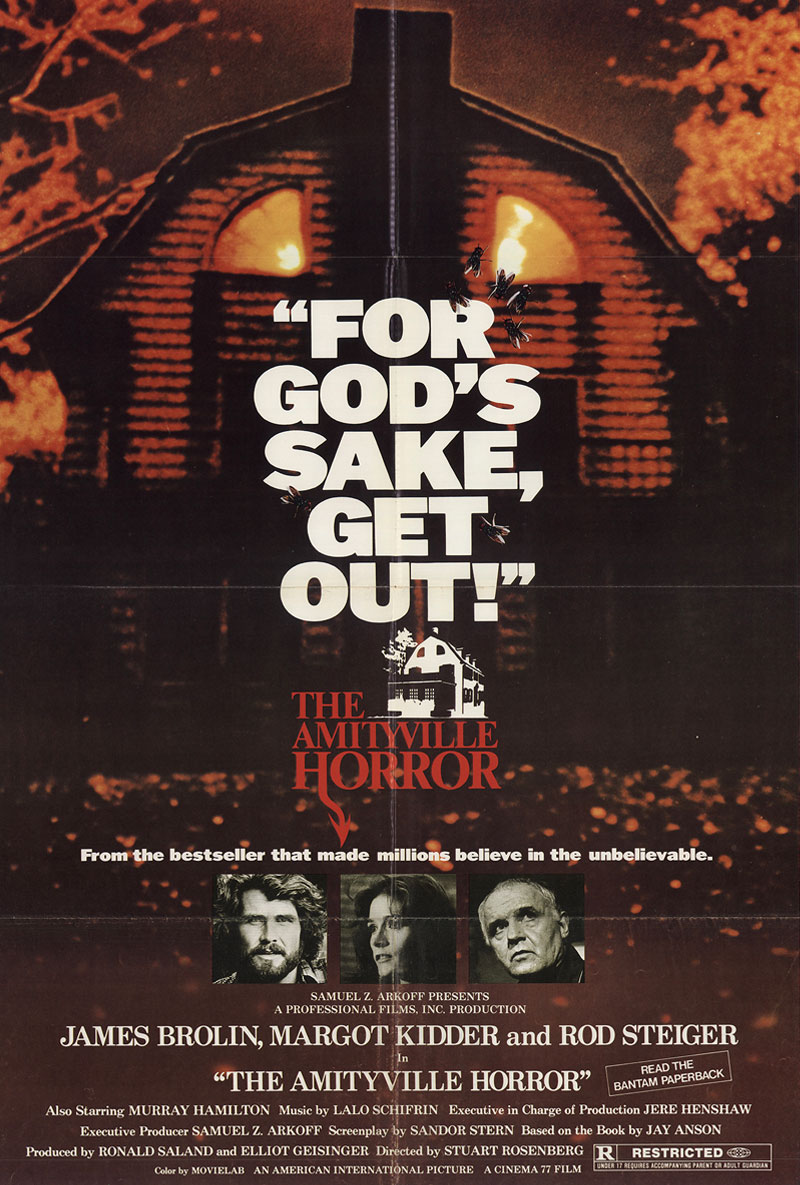 The Amityville Horror (1979)
In all fairness, I too would live anywhere with James Brolin. 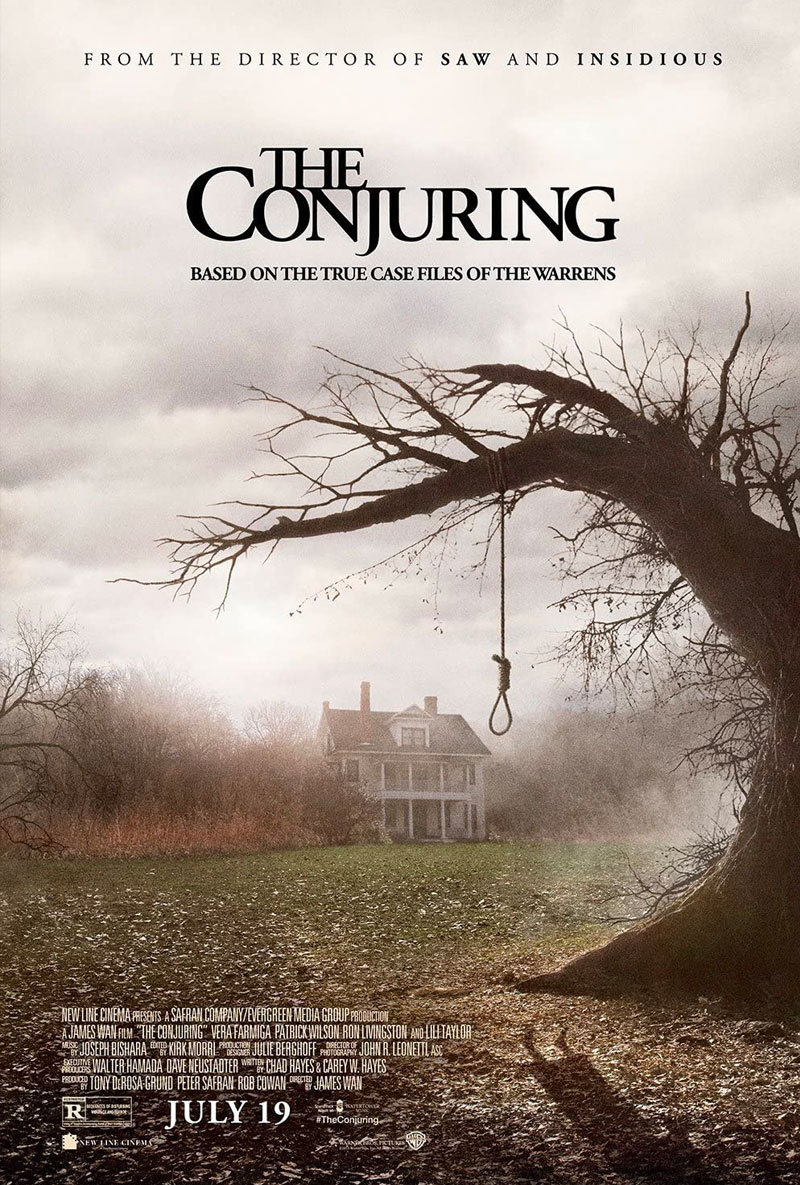 The Conjuring (2011)
No one makes haunted house horror like James Wan. 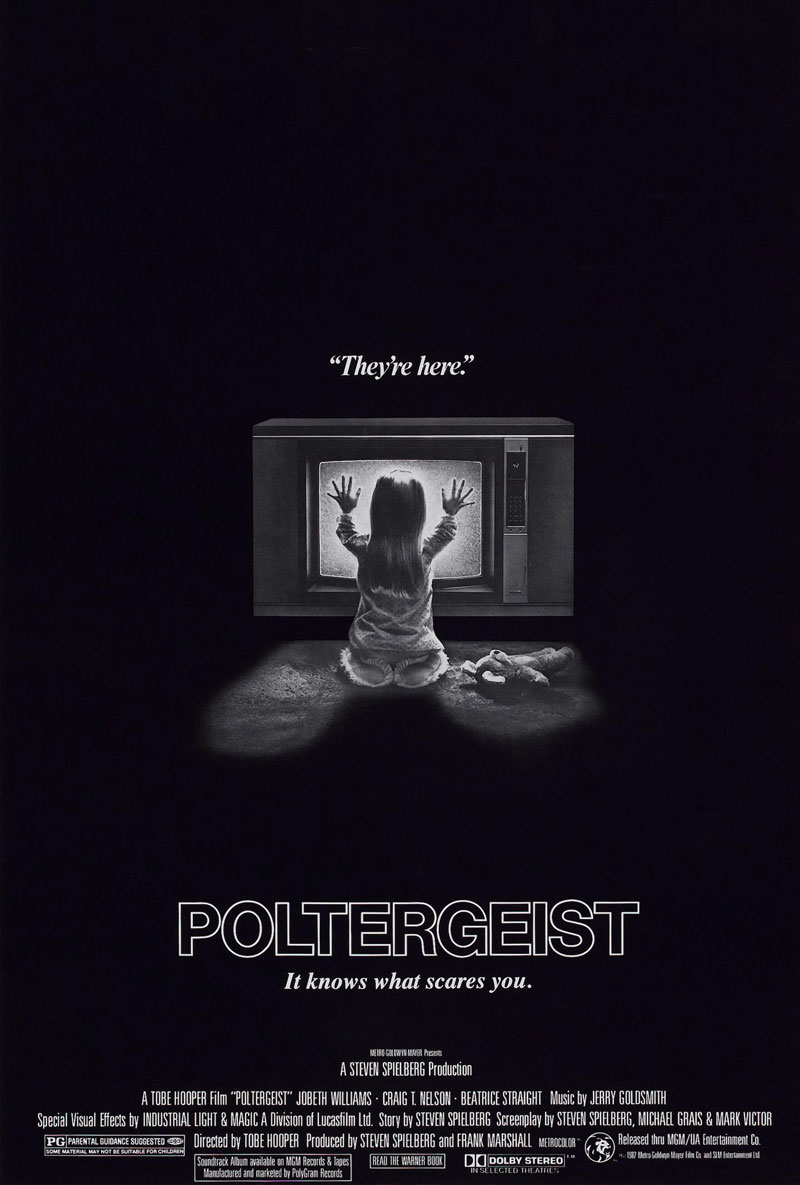 Poltergeist (1982)
“You son of a bitch, you moved the cemetery, but you left the bodies, didn’tcha?!” Take the quiz ⤇
About Carly Smith 61 Articles
Carly is an unapologetically opinionated writer who enjoys long walks on the beach, gazing adoringly at breathtaking sunsets, and consuming all forms of unadulterated, stomach-churning, sweat-inducing horror — the bloodier the better. Hit her up on the Twitter she sometimes uses @snarlyjones.

Welcome to Horrorscopes—a weekly series wherein we tell you what horror movies you should watch this week based on your horoscope. ⤇

Welcome to Horrorscopes—a weekly series wherein we tell you what horror movies you should watch this week based on your horoscope. ⤇