After another long and persistent Chicago winter, we’ve all skipped spring and sprung right into summer. The birds are singing (loudly, mercilessly, early and often), the sun is (more or less) shining, and folks are starting to shamelessly (unforgivably) wear flip flops in public. Hooray!

While everyone else celebrates the season, basking the face of the sun’s beaming poison rays, we here at Wolfbane Blooms will be safely tucked within the cool, dark confines of the Music Box Theatre for what is definitely going to be the most banging Cinepocalypse Film Festival yet. Here are nine events you should definitely join us for.

Boy, do I like Tobin Bell. He has one of those immediately recognizable voices that, because of his signature role as Jigsaw throughout all seven Saw films, is inextricably linked with horror. Hearing it instantly conjures up that feeling of dread-filled intrigue we horror fans are so addicted to. Set on both sides of the U.S./Mexico border, Belzebuth is a multilayered detective thriller/exorcism story set against the dangerous backdrop of the narco pipeline.

Fans of murdery mystery and film noir classics from the 1930s/’40s won’t want to miss Punto Muerto, which is a throwback to that period of cinema and shot in black and white. The story revolves around a writer who’s accused of a murder he didn’t commit because it happened in much in the same way as he’d previously written in his novel. Now, he must find the real killer and clear his name.

For fans of films like Don’t Breathe (but potentially with more dark comedy), Villains looks to be another offbeat story about two “painfully amateurish criminals” who break into a suburban home to find more than they were expecting. In this case, after stumbling upon a dark secret in the basement, they realize they’ve picked the house owned by surely the two biggest sadists in the neighborhood. RIP. Also, my boys Jeffrey Donovan and Bill Skarsgård star.

If there’s anything to know about me, it’s that I love gory horror, I love dark comedy, and I love teens. Last year, Cinepocalypse tied all of those loves up with a nice little bow and delivered it to me in a package called Tragedy Girls, which I absolutely adored. This year, I think it’s going to be Ghost Killers vs. Bloody Mary. Set in Brazil, four YouTubers seek to solve the mysterious urban legend of the “Bathroom Blonde Case,” a high-school-bathroom-haunting spirit. Promising to be gory, promising to be funny, promising to be filled with adult actors pretending to be teens, this isn’t one to miss—especially if you’re me.

If the writer/director’s name, Veronika Franz, sounds familiar to you, you may be familiar with her well-received 2014 film Goodnight Mommy. Pledging to be a “psychologically unsettling slow-burn,” The Lodge is the story of two introverted children (including Bill from IT) and their young stepmother who find themselves snowed into the family’s remote winter cabin. As Cinepocalypses writes, “Just as the three begin to warm to each other, strange and frightening events take place as the mysteries of her dark past begin to surface, as do the losses that seem to haunt them all—concluding in shocking final moments that you’ll find impossible to shake.”

A later addition to the festival is this special early screening of the much-anticipated 2019 horror movie Annabelle Comes Home. We here at Wolfbane Blooms are vocal and steadfast fans of the Annabelle series, and if you feel differently, I’d be happy to arrange a fist-fight. This installment sees talented Annabelle series screenwriter Gary Dauberman (who has notably worked on both IT scripts as well) slide into the director’s seat for the first time, and we’re very excited.

Why Don’t You Just Die!

Coming from Russia, Why Don’t You Just Die! looks to be a funny, bloody story about what happens when a bunch of terrible, vengeful, and bloodthirsty people end up trapped in an apartment together. Filled with gore, dark Russian humor, and shot in a saturated style that looks, from the trailer, reminiscent of other recent films like Mayhem, this is sure to be a fun and worthwhile ride.

About Achoura, Cinepocalypse writes, “Reminiscent of IT, but with a spine-chilling, North African twist,” and if that isn’t enough to sell you, I’m not sure what else will. Perhaps the trailer above, which teases glimpses of what looks to be like one of the best and most exciting supernatural monster movies of this year.

If you’re here and reading this, I’m going to assume that you’re already hip to the best streaming service around (Shudder) because of how incessantly we’ve talked about it, and I’m also going to assume that you’re hip to the most important show and person featured on Shudder, which is “The Last Drive-In with Joe Bob Briggs,” hosted by our collective hero, Joe Bob Briggs. Joe Bob has been touring around the (mostly the southern) U.S. doing this show, illuminating in just two short hours all of the ways in which rednecks have saved Hollywood, complete with over 200 supporting clips and stills from throughout history. A wealth of information, with an exceedingly comedic quick-wit and a voluminous, steadfast, and infectious passion for the genre, Joe Bob Briggs’ show isn’t one to miss if you, too, worship at the altar of exploitation films. 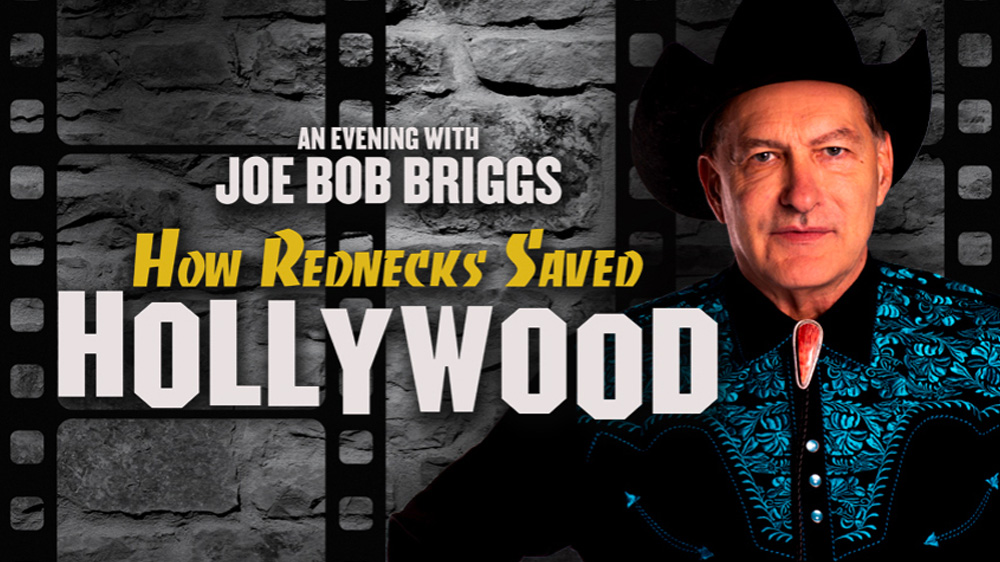 Cinepocalypse runs from 6/13 – 6/20 at Chicago’s Music Box Theatre. Head over to their website for tickets and the full festival schedule. 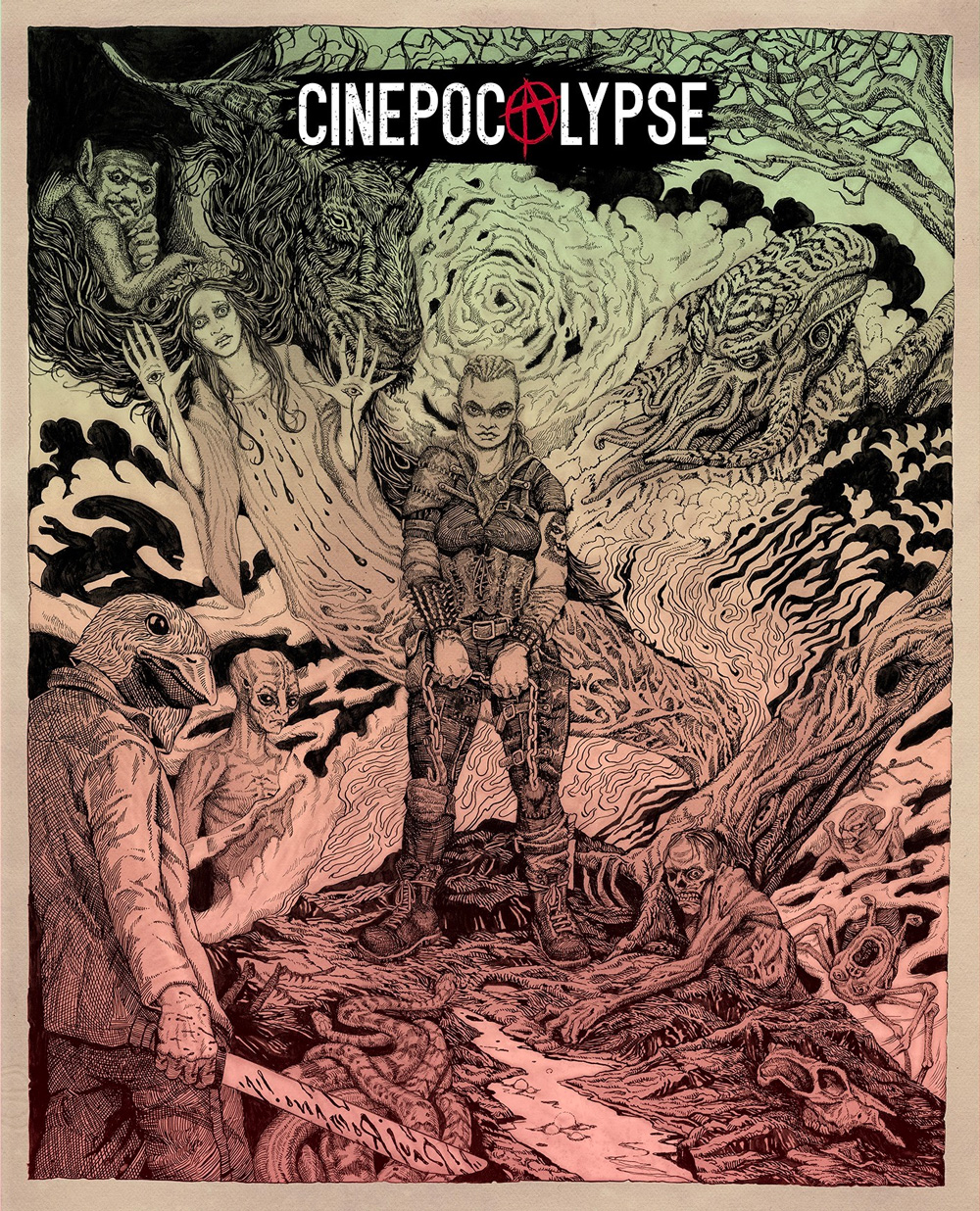 It’s not an exaggeration to say that everything about Why Don’t You Just Die! was well-imagined with even better execution and follow-through, from its darkly comedic script to its expertly choreographed action and blood-soaked effects. ⤇

Here in the last few weeks of December, it’s time to reflect back on the best foreign horror films that colored the year. ⤇