Tom Savini is horror royalty. As a special effects makeup artist, he is directly responsible for many of the things that have horrified and delighted us over the years.

In 1978, shortly after returning from service in Vietnam, Savini created a realistic wrist-slashing effect for George A. Romero’s Martin. The simple effect sparked a four-decade-long collaborative friendship and helped inform his early proclivity for slasher flicks. Though Romero is a big part of the story, Savini—nicknamed “The Sultan of Splatter” early in his career—has also created effects for a number of genre legends including Tobe Hooper, Dario Argento, and John Russo.

In addition to makeup effects, acting, and directing, Savini has authored several books detailing the production and mechanics of his effects and currently runs “Tom Savini’s Special Make-Up Effects Program,” a 16-month academic course in Pennsylvania. If you haven’t heard his name, you’ve certainly seen his work, so let’s take a look at five of Tom Savini’s most iconic creations.

In 1979, based on the strength of his work in Dawn of the Dead, Savini was hired to handle the makeup effects for Sean S. Cunningham’s Friday the 13th. In addition to designing several notable kills—from the axe in Marcie’s head to the arrow through Jack’s throat—his most lasting contribution to the film was actually Jason Voorhees himself.

It may be hard to believe now, but the legendary slasher, with more than 150 kills over 12 films, didn’t even exist in writer Victor Miller’s original final draft. While the film was meant to end with Alice simply floating on the lake, Savini was inspired by the “chair jumper” ending of Carrie and suggested adding the now iconic jump scare to the film’s final moments. 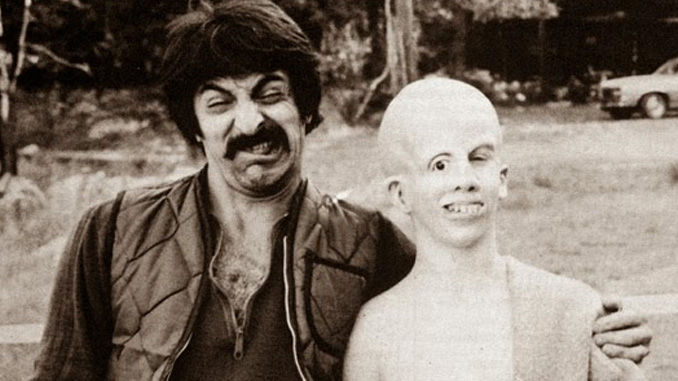 Based on the features of a deformed man that Savini saw as a child, young Jason was brought to life by actor Ari Lehman through a foam latex prosthetic with exaggerated features and a fake eye. Confused over the decision to continue the series with Jason as the killer, Savini opted not to return to the franchise for the next two installments but agreed to work on Friday the 13th: The Final Chapter in 1984 under the condition that he could help kill off the character he created. It’s a nice thought, until you remember that they went right ahead and added another eight films to the franchise in the years that followed. 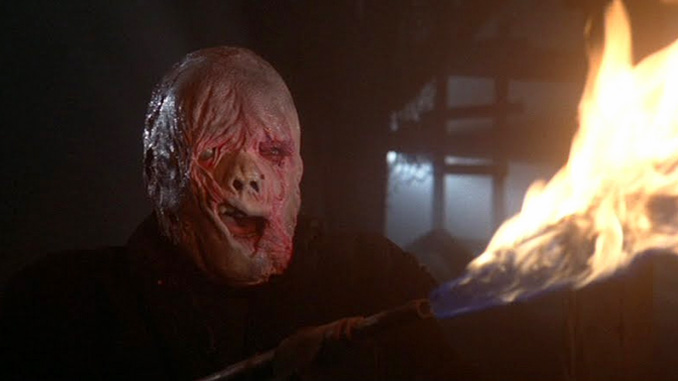 While Savini disapproved of using Jason as a mindless killing machine in Friday the 13th Part II, it was 1981’s slasher The Burning that ultimately convinced him to pass on the sequel. Loosely based on a New York urban legend, its plot reads like an early draft of A Nightmare on Elm Street (1984). Cropsy, a summer camp caretaker, is badly burnt after a prank goes wrong and returns years later to seek revenge, armed with nothing but a pair of garden shears. Essentially buried in the slasher boom of the early ‘80s, The Burning has since become a cult classic, thanks, in part, to Savini’s unforgettable effects. 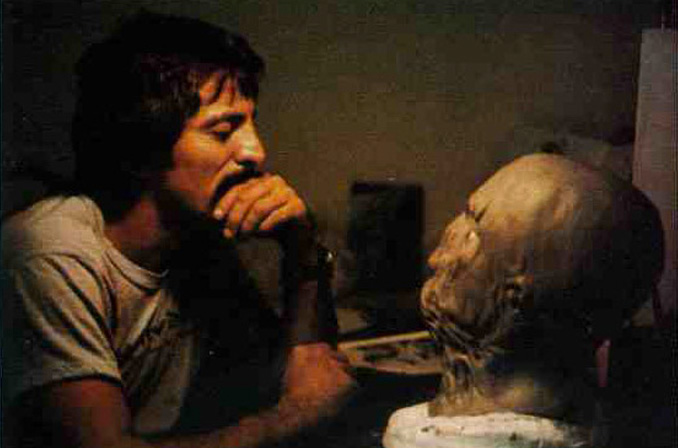 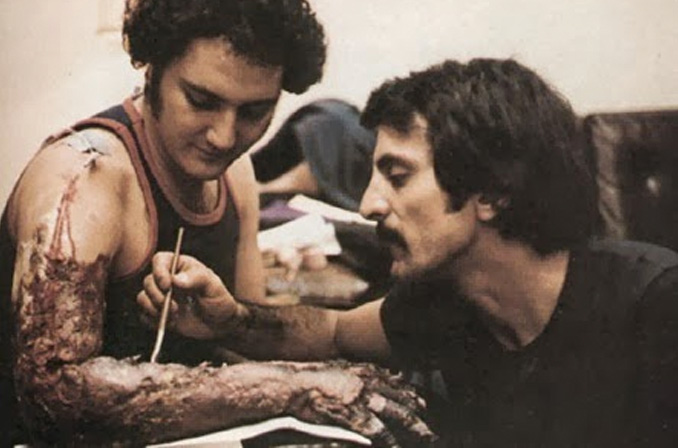 In his book Grande Illusions, Savini explains that along with textbooks on burn victims, the look of Cropsy was based on a burnt beggar he had seen as a kid in Pittsburgh. A rush job, the entire piece was sculpted from his hotel room in just three days. Though still a shocking and effective visual more than three decades later, Savini has since noted that due to the initial time constraint, the coloring and physicality of the effect read as more of a melt than a proper burn.

Regardless of medical accuracy, Savini’s work on Cropsy is unforgettable, and in an interview for the 2013 Blu-ray release, he stated, “A burn is a burn. Every burn is like a fingerprint, it’s different. A true artist is never satisfied, it’s just that time is up. And in that case, time was up.” 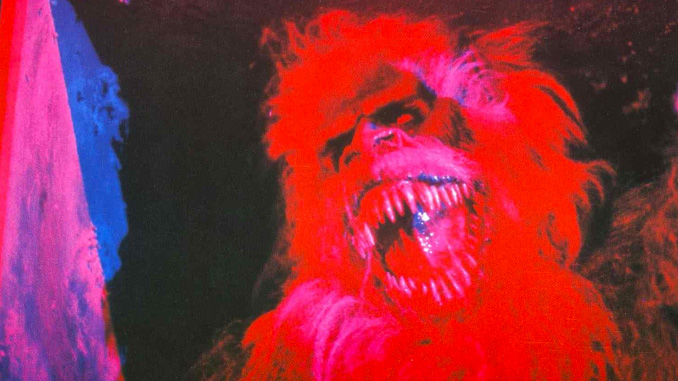 After a string of slashers including Friday the 13th, Maniac, Eyes of a Stranger, The Burning, and The Prowler, Savini turned his talents to the comic-like effects needed for Stephen King and George A. Romero’s horror anthology Creepshow. From covering King’s entire body in “alien” vegetation for “The Lonesome Death of Jordy Verrill” to pumping 28 thousand cockroaches into a sealed room for “They’re Creeping Up on You,” Creepshow is undeniably stacked with memorable effects.

All created by Savini and a single assistant, the film’s standout creature can be found in “The Crate.” Lovingly referred to as “Fluffy” during production, the ape-like monster is mistakenly unleashed from a wooden storage crate marked “Arctic Expedition – June 19 1834.” 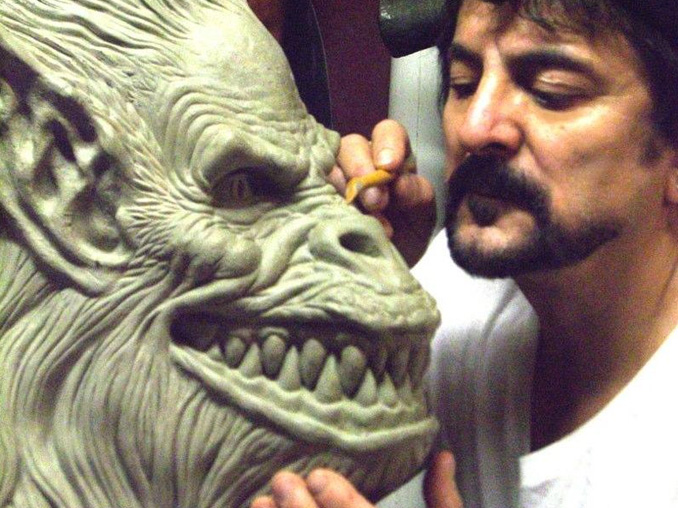 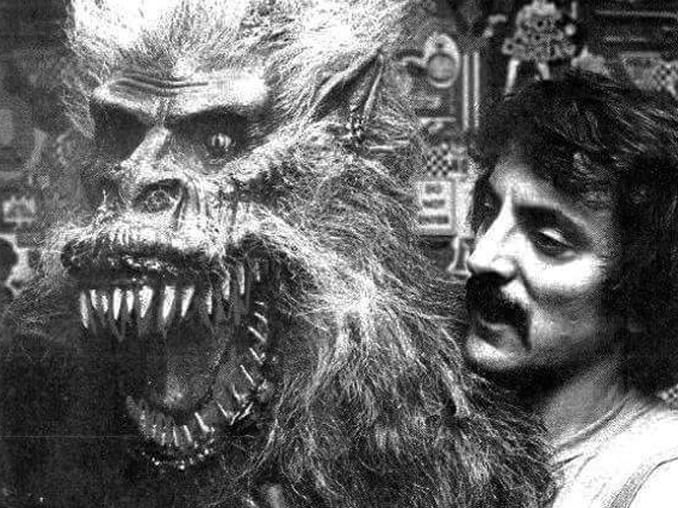 In a 1989 interview with Night of the Living Dead screenwriter John Russo, Savini explained that he counts Fluffy among his favorites because it was his first articulated monster face that was actually wearable by an actor while being operated off camera. Though the actor could move his mouth and eyes, Savini and his assistant—along with occasional help from Romero himself—were responsible for the movement and expression in Fluffy’s lips, eyebrows, and cheeks. 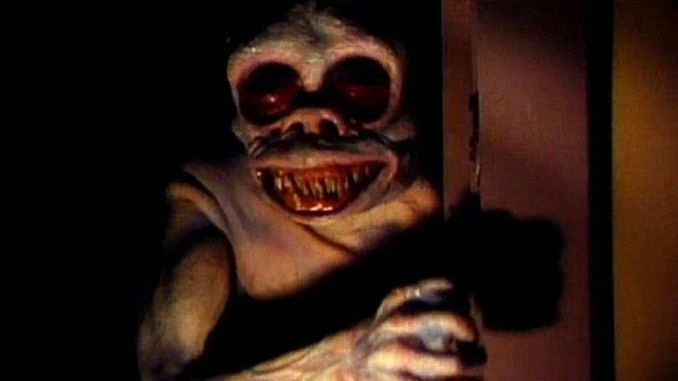 Created by Romero on the heels of Creepshow, Tales From The Darkside was an anthology horror series that ran for four seasons from 1984 to 1988. While Savini only directed three of the 90 total episodes, his creature contribution to season one’s “Inside the Closet” is one of the series’ most memorable.

Nicknamed “Lizzie,” the small, pale humanoid spends most of the 30-minute episode lurking in the shadows before eventually attacking and killing a woman at the end of the third act. Even with little screen time, Lizzie remains a fan favorite and has managed to become somewhat of a mascot for the entire series. 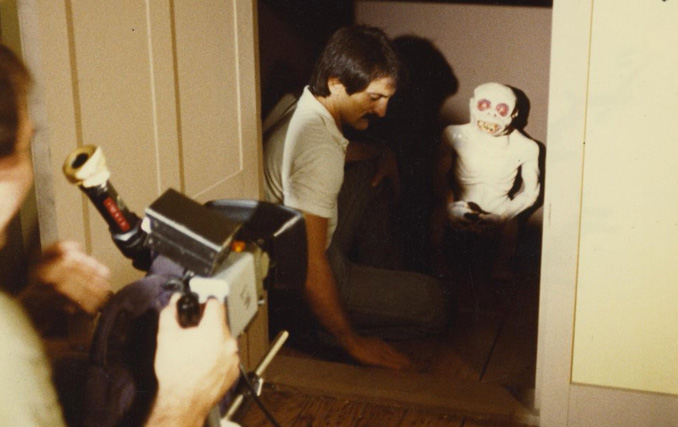 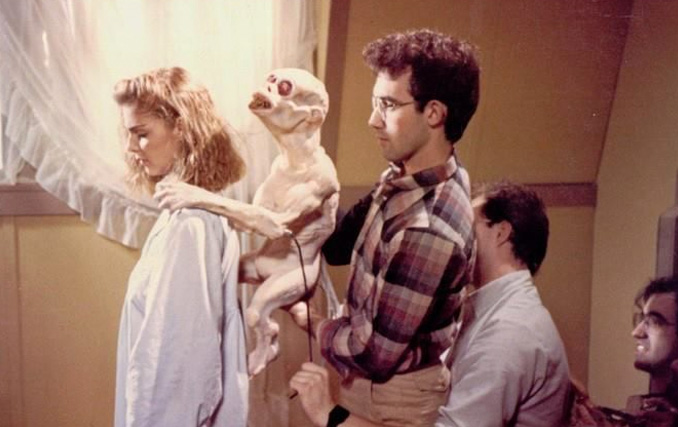 It’s often been speculated that the show’s weekly effects budget was somewhere under $200—which is insane if true—but Savini was able to make it work. His first full-sized mechanized creature, Lizzie was sculpted in clay and molded in rubber to fit over a fiberglass armature. Painted chalk-white, with sunken blood-red eyes, the creature’s unmistakably horrific appearance even landed it on the cover of the series’ DVD collection.

Another of Savini’s favorites, the original Lizzie, like Fluffy, has also undergone extensive restoration work from Tom Spina Designs in the last few years. 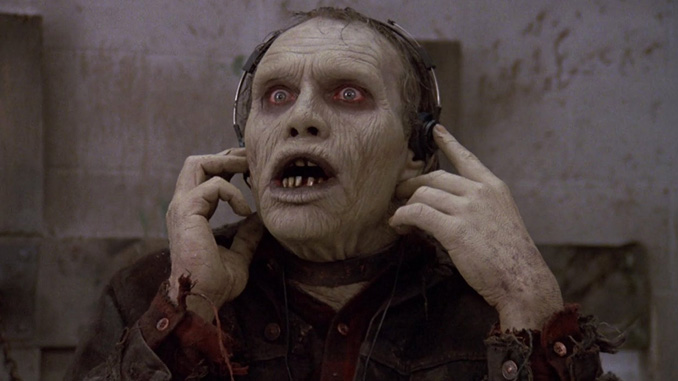 Two years after the release of Creepshow, Savini again partnered with George A. Romero to work on Day of the Dead, the third film in Romero’s Night of the Living Dead series.

This time around, assisted by newcomer Greg Nicotero (The Walking Dead), Savini was given four months to make as many zombie appliances as he could for the shoot. Working in his basement, the small effects crew was actually responsible for coming up with many of the deaths themselves. The results were so effective that Savini was awarded the 1985 Saturn Award for best makeup effects. 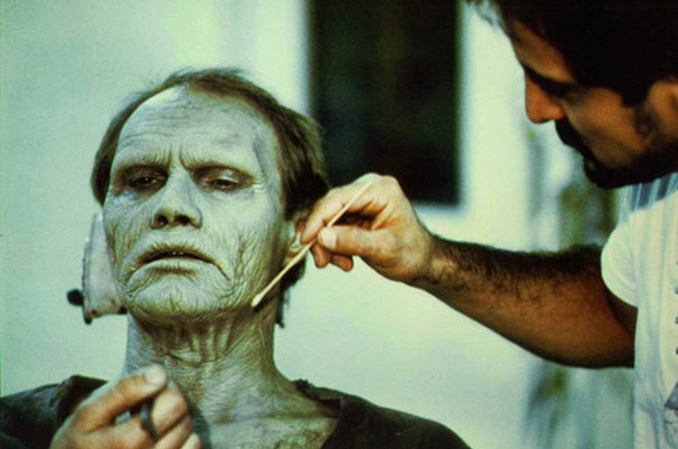 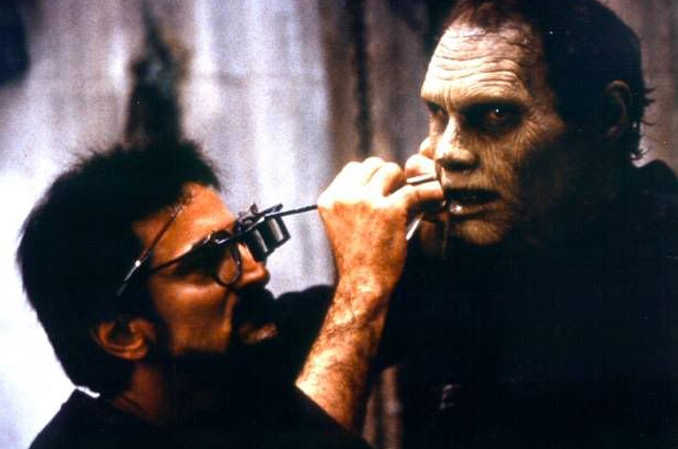 While there are a handful of noteworthy zombies in the film, none have become quite as iconic as Bub. Portrayed by actor Sherman Howard, Bub is a docile, slack-jawed zombie being held in an underground research facility. Though a relatively simple appliance when compared to the work on the rest of this list, Bub’s subtle appearance is the perfect complement to his slowly returning intelligence and humanity.

In the years since the film’s release, Bub was given a 24-page origin story comic, a cameo on The Walking Dead, and at 2016’s Texas Frightmare Weekend, Savini himself applied the Bub makeup to Howard for the first time in 30 years. The people demand more Bub.

Did we miss your favorite Savini creation? Let us know in the comments.

The 10 Most Anticipated Horror Films Coming Out in 2019

Quiz: Can You Place The Poster In The Franchise?

For certain horror films, the posters used to market them can end up just as iconic as the films themselves. You can no doubt conjure up images of the posters for Halloween, Jaws and The Thing just ⤇

This Week in Horror: Shudder Kicks Off “Halfway to Halloween” & More News from This Week

Welcome back to our weekly news roundup, where we at Wolfbane Blooms collect some of the most noteworthy horror news from the week to keep on your radar. ⤇