If it seems like it hasn’t been a full year since the debut of the Cinepocalypse film festival  in Chicago, that’s because it hasn’t. Even with less than a year to prepare, the festival has pulled together more than 30 premieres, shorts and classic features across the horror, sci-fi, fantasy, and action genres.

Taking over Chicago’s legendary Music Box Theatre from June 21st to the 28th, Cinepocalypse will play host to everything from a live podcast recording to a 30th anniversary screening of the cult classic Killer Klowns From Outer Space. There is a lot to see, so we’ve taken the opportunity to call out 8 screenings that you won’t want to miss.

Getting its midwest premiere at Cinepocalypse, Pengabdi Setan or Satan’s Slaves quickly became the fourth best-selling Indonesian film of all time when it was released there last year. Directed by Joko Anwar, Satan’s Slaves is a remake of the 1980 film of the same name and follows a family haunted by the spirit of their dead mother. The trailer looks as intense as it does atmospheric and fans of the haunted house subgenre shouldn’t have a hard time finding something to love about this film.

Nostalgia for the ‘80s has never been higher, and the recent uptick in throwback slasher flicks is only fueling that fire. For Jenn Wexler’s feature debut, The Ranger, we’re shown what happens when a group of teen punks in the woods faces off against an unhinged park ranger hellbent on enforcing the rules. Led by Chloe Levine, The Ranger seems like a perfect love letter to the decade of “punks against authority.”

Like The Lodgers last year, Cinepocalypse is importing another fantastic genre film from Ireland for it’s midwestern debut. Set in 1960, The Devil’s Doorway is a gritty found footage film that follows two priests as they investigate claims of a miracle at a home for “fallen” women. While found footage has a tendency to be divisive, the newly released trailer for The Devil’s Doorway has me completely sold. If you’re a fan of possession, exorcism, or found footage, you will definitely want to keep this film on your radar.

Getting its world premiere on Friday night, Await Further Instructions tells the story of a family who wakes up on Christmas morning to a mysterious black substance covering their house and the prompt ‘Stay Indoors and Await Further Instructions’ on their TV. No trailer has been released yet as far as I can tell, but actor David Bradley and the promise of claustrophobic paranoia is enough to add it to my list. As an added bonus, the short film My Monster will screen before the feature. 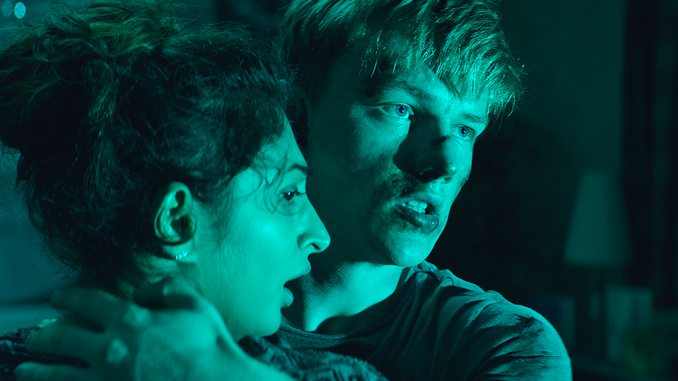 What Keeps You Alive

As half of the filmmaking duo The Vicious Brothers, Colin Minihan has written and directed films like Grave Encounters, Extraterrestrial, and It Stains The Sands Red. Now, for his first solo venture, Minihan is taking us to a remote cabin where a couple’s wedding anniversary doesn’t seem like it’s going as planned. With the backbone of a solid relationship drama, What Keeps You Alive reminds me at times of 2014’s incredible and disturbing horror drama Honeymoon. This will be the film’s midwest premiere.

Produced by Shaun Reddick (Get Out), Malicious stars Josh Stewart (Insidious: Chapter 4) and Bojana Novakovic (Drag Me to Hell) as a young college professor and his pregnant wife who are being haunted by a malicious entity. I honestly don’t know much about the film past its synopsis, but the story evokes plenty of comparisons within the genre and I’m definitely curious enough to see where it goes. Another world premiere without a trailer, Malicious director Michael Winnick will be attendance on Sunday night for a live Q&A after the screening. 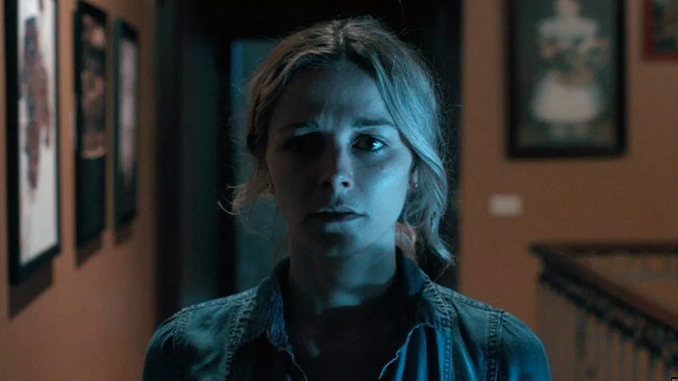 Following in the footsteps of Super 8, Stranger Things, and It, Summer of ’84 promises a throwback teen adventure story, but it’s much more than just teenage boys riding their bikes around the suburbs. When a group of friends hear reports of the Cape May Killer, they suspect that a neighborhood police officer may actually be the culprit. From the directing trio behind 2015’s Turbo Kid, Summer of ’84 will have its midwest debut at Cinepocalypse.

Coincidentally, the last entry on this list is also the film that I am most excited for. Getting its North American premiere next Tuesday, the Spanish language horror film from director Gonzalo Calzada looks intense. When nineteen-year-old Natalia returns home to see her dying father, she ends up traveling into the jungle with her sister and her friends in search of a mystical plant. They instead find themselves in the middle of black masses and satanic rituals that have my absolute full attention.

Cinepocalypse runs from 6/21 – 6/28 at Chicago’s Music Box Theatre. Head over to their website for tickets and the full festival schedule. 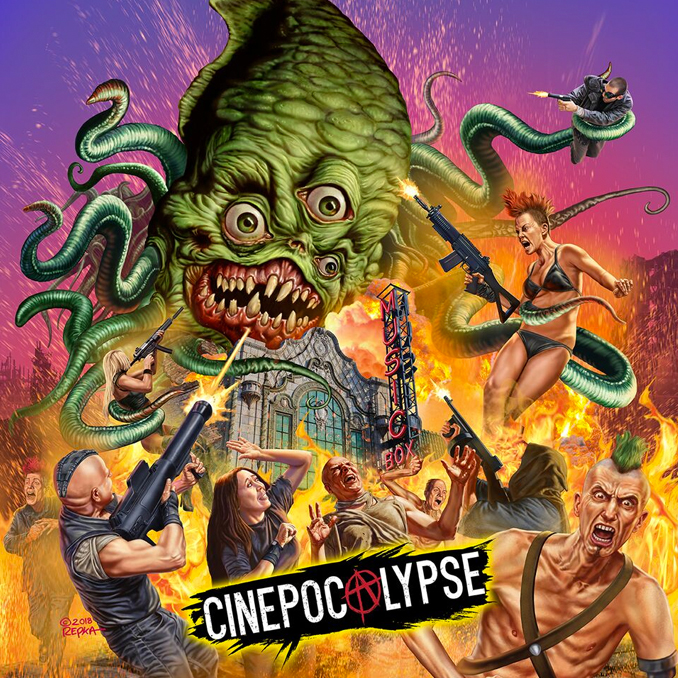 The Cinepocalypse Film Festival is underway at the Music Box Theatre. Here are nine events that you should definitely join us for. ⤇

This year Chicago’s legendary Music Box Theatre is debuting their Cinepocalypse film festival. Screening more than 60 premieres, shorts, and classic horror features over the course of a week, the festival will hold the title ⤇