Founded in 1996, the Fantasia International Film Festival is one of the biggest and most well-attended genre film festivals in the world. It takes place each year in Montreal, with an expansive lineup that always includes a solid smattering of exciting horror features and shorts alike.

In anticipation of the quickly approaching festival, we here at Wolfbane Blooms have put together a list of the horror features screening this year that we’re most excited about. Though Fantasia’s horror lineup this year does include a few great horror throwbacks worth checking out (Body Melt, anyone?), the films on this list are all new to the festival circuit.

Additionally, we’ve excluded the films that also screened at last month’s Cinepocalypse here in Chicago—like Satan’s Slaves, Summer of ‘84, What Keeps You Alive, and The Ranger—though those are also all worth checking out.

Tigers Are Not Afraid is a Mexican horror film by Issa López that follows 11-year-old Estrella, who joins a gang of abandoned street children after her mother has gone missing—the latest uninvestigated victim of violent neighborhood cartels.

With its ruthlessly real-world action interspersed with the fantastic and supernatural, Tigers Are Not Afraid’s brand of magic realism draws favorable comparisons to classics like Guillermo del Toro’s Pan’s Labyrinth. And, in fact, the Academy Award-winning director was so taken by the film that he’s already signed on to produce López’s next effort.

Lifechanger is a new film by Canadian director/writer Justin McConnell that is seeing its world premier at Fantasia this year. The main character of the film, Drew, is a body thief. Driven by his desire to get closer to the woman he still pines for, Drew jumps from body to body, living in it until it starts to decompose. It’s an interesting take on the body-snatching/body-switching concept and definitely worth a look at the festival.

Back in 2016, freshly graduated from film school, Nicolas Pesce released his remarkable debut, a film called The Eyes of My Mother that truly destroyed me. Ever since, I’ve been waiting with bated breath to see what he’d do next, and this year, it’s finally time.

Taking a stylistic 180 from his debut, Piercing is a horror dark comedy based on a novel by Ryu Murakami (who also wrote the novel that Takashi Miike’s excellent film Audition is based on). The plot follows Reed (Christopher Abbott), a man with an urge to kill and a careful plan to murder a sex worker (Mia Wasikowska) who ends up being a bit more difficult than he bargained for. 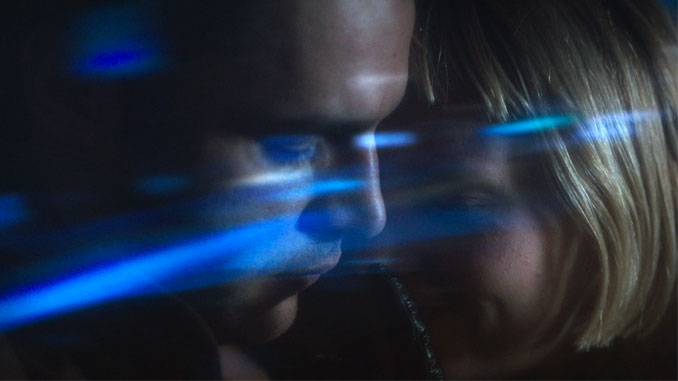 What I was particularly attracted to when checking out this film’s trailer was its aesthetic—it truly felt like a relic, like I was watching a trailer for an arthouse horror flick from the 1970s. If that phenomenon was palpable enough to me in just the trailer alone, I’m interested to see what the rest of the movie is able to accomplish.

The Dark is director Justin P. Lange’s feature film debut, an atmospheric take on zombie horror that plays a little bit like a sinister fairytale. A disfigured and blind boy, Alex (Toby Nichols), finds himself in the woods that belong to the undead, bloodthirsty Mina (Nadia Alexander). The film promises to be a character-driven, atmospheric spook story that will delight gore enthusiasts, and that’s enough of a reason worth checking it out to me.

Closing our list is the film that’s scheduled to close the entire Fantasia festival this year: Mandy, directed by Panos Cosmatos and co-written by him and Aaron Stewart-Ahn. Cosmatos made his name with his exceedingly imaginative 2010 fantastical, science-fiction-horror film debut Beyond the Black Rainbow, which genre enthusiasts often praise for its ambition.

His second film looks to mirror a similar, modernist visual style, with similarly bold uses of color and a distinctly experimental sensibility. Nicolas Cage stars, and from the trailer, he looks to be in rare form, delivering an exceedingly bloody and tuned-up performance. This is definitely not one to sleep on.

The Fantasia International Film Festival runs from 7/12 – 8/2 in Montreal. Head over to their website for tickets and the full festival schedule.

Directed by Bobby Miller from a script by Scott Lobdell Critters Attack! is an almost pitch-perfect throwback to the vibe of the original film, balancing bloody attack sequences and black comedy with lovingly crafted puppetry and practical effects. ⤇

Well-shot and deeply personal to its creator, Sator is an arthouse film that the right person will absolutely love. ⤇

In just a few short days now, the Fantasia Film Festival—one of our favorite genre festivals here at Wolfbane Blooms—is kicking off in Montreal, Canada, promising us another glorious three weeks of deep horror indulgence. ⤇