The need for laughter in a horror movie is critical. Laughter allows a release of tension. It lets the audience feel safe, even for only a split second. All the best horror movies have at least a moment of comedic relief. On the other side of the coin, these moments of thrills and danger in a comedy make the laughs even stronger. It can be argued that in slapstick, the comedy comes from danger. Look at Buster Keaton and his house, or Harold Lloyd and that clock tower. Danger adds excitement and allows for greater laughs. It’s obvious that comedy and horror blend better than any other two genres of movies.

There are generally two types of horror comedy. One is the spoofing of a movie or genre that is already firmly planted in the public mind. The other is creating a completely original idea. This is what is so refreshing about a horror comedy, the original familiarity. Sure, the story may seem old hat, but a good filmmaker knows the more familiar an audience is with the source material, the bigger the laughs and appreciation. Knowing this, take a look at part one of some of my favorite horror comedies that range from the new to the old.

If you don’t see your favorite on the list let us know in the comments and see if it makes the next cut. 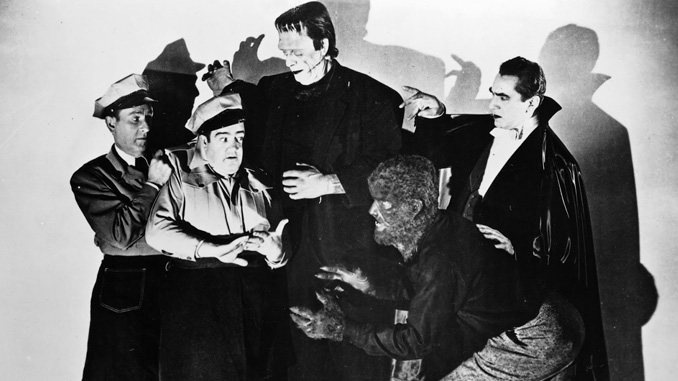 Parodying and paying homage to a classic movie is not an easy thing to do, but Mel Brooks was able to create a classic of his own in the process. Shot in black and white and brilliantly written by Gene Wilder and Mel Brooks, Young Frankenstein is a labor of love from everyone involved. Brooks’ brand of humor blends perfectly with the story of Frankenstein and the perfect cast knocks every scene out of the park. Everyone is working at the top of their game to create some of the most memorable, and hilarious, scenes in cinematic history. While others have tried to do what Mel Brooks and Gene Wilder masterfully created, and some have succeeded to an extent, no one will be able to surpass this gem. 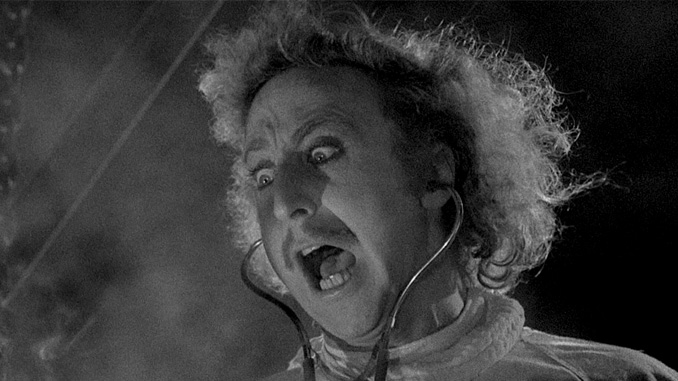 One of the newer entries on the list, this New Zealand film holds up to any classic on this list. The story follows a young woman who is put on house arrest at her childhood home and unexplainable things begin to happen. When I went into this film, I wasn’t fully aware that it was as horror comedy. Thinking it was a straight horror film, as I watched I began realizing what this was, and I became a little concerned. It is difficult to do a horror or comedy well let alone a horror comedy. As this film has been praised, it blends comedy and horror perfectly. Leaning more towards horror, the scares and tension are there, which makes the laughs cathartic. Many films strive for this but very few succeed like Housebound does. 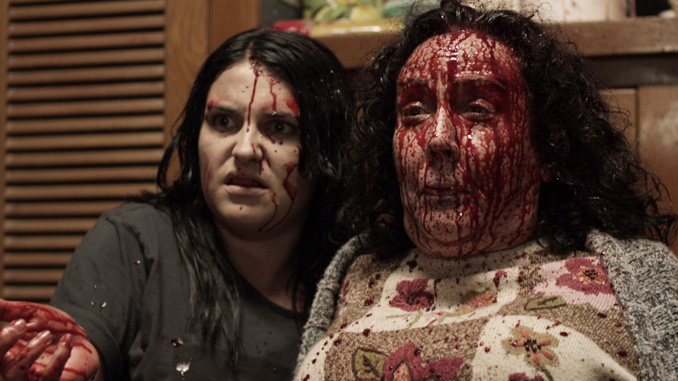 The first movie of writer/director Edgar Wright’s Cornetto Trilogy, Shaun of the Dead is widely considered the best. Wright and co-writer/star Simon Pegg, bring British humor (humour) to the zombie genre. Because it is British means that the audience has to pay attention in order to get the most out of the comedy. Like most zombie movies, the plot can be boiled down to survival. What separates this movie from others like it, which you will be hard-pressed to find one that comes close, is the incredible timing between stars Simon Pegg and Nick Frost. They play off each other perfectly in this movie and the other two movies in the trilogy, but most memorably and to best effect in Shaun of the Dead. 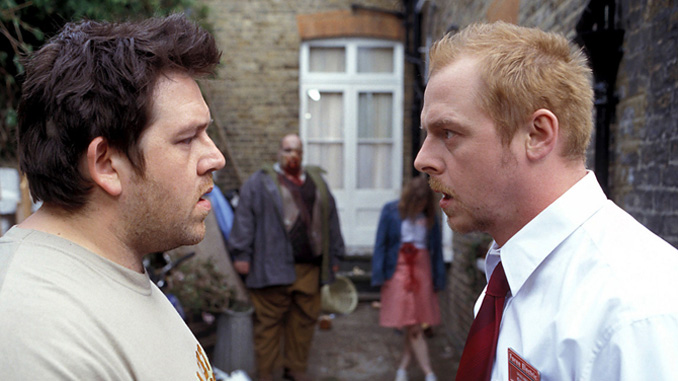 Of all the movies on this list, Scary Movie is the most cartoonish, over-the-top and low brow, and because of this there are huge belly laughs. In the vein of Airplane where a specific genre/movie is targeted and spoofed with no mercy, the jokes come fast and abundant. Scary Movie borrows the plot from Wes Craven’s genre bending film Scream. This is the kind of movie that if you blink or, more likely, laugh you’ll miss the next joke. This makes the movie perfect for multiple viewings. One thing you’ll notice is that the jokes, while for the most part very silly and crude, are masterfully crafted. This movie spawned a franchise full of sequels of lesser quality. With a cast that includes Anna Faris, the Wayans Brothers, and many cleverly casted cameos, everyone is in top form and willing to be goofy. Scary Movie is a comedy made for fans of the modern horror movie. 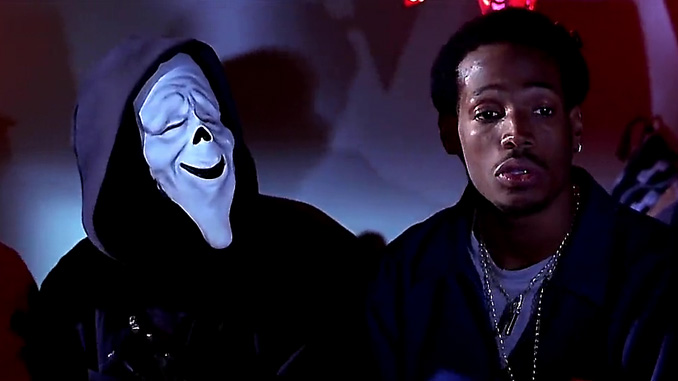 Tim Burton’s 1988 classic gives Michael Keaton perhaps his most iconic role, second only to a specific dark knight, but Beetlejuice is all his. The role is so memorable that most people forget that the title character only has approximately 17 minutes of screen time. Every one of those 17 minutes Keaton steals the scene, while chewing it up. The main story involves a recently deceased Alec Baldwin and Geena Davis trying to get Winona Ryder and her family out of their old house. The comedy is subtle and dark. The sets and costumes have the odd Tim Burton-esque quality that adds to the off feeling of the entire movie. The movie is about as scary as other children’s movies from the ’80s so don’t expect too many jumps, but do expect a very unique and unexpected musical number. 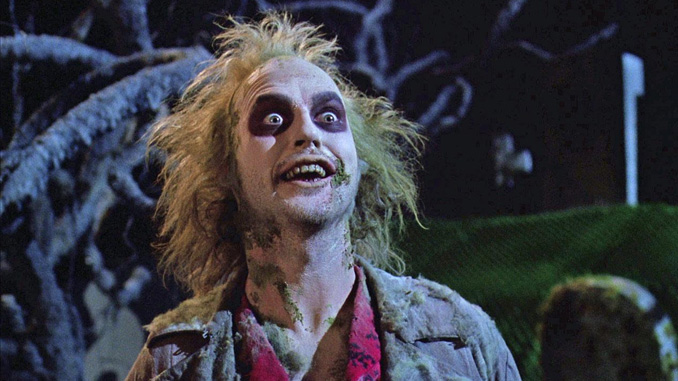 Another zombie movie, but much different than Shaun of the Dead, Zombieland is about a band of four people trying to survive with the climactic scene taking place in a zombie infested amusement park. This makes for some clever zombies that usually don’t appear in a zombie movie, looking at you clown. The human characters are unique (Jesse Eisenberg’s character fear of clowns), over the top (Woody Harrelson being Woody Harrelson) and yes, even touching (Woody Harrelson and Abigail Breslin’s fatherly/daughterly relationship). However no matter what can be said for every part of this movie, the greatest moment, and one that helps get Zombieland on this list, is the extended cameo by Bill Murray. Playing himself pretending to be a zombie makes this movie stand out and provides some truly funny moments. 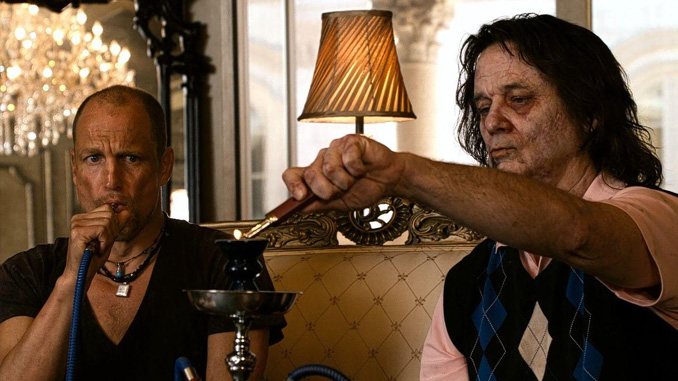 Arguably one of the most creative ideas on this list, Tucker & Dale vs. Evil follows Tyler Labine and Alan Tudyk as the title characters who are trying to enjoy time in their cabin in the woods when a string of unfortunate circumstances involving a group of teenagers and their accidental deaths lead Tucker and Dale to be labeled as serial killers. The movie takes the genre tropes and turns them on their head. Every beat may seem familiar, but it quickly takes a sharp turn when you think it becomes predictable. It’s more than obvious that everyone involved is having a great time showing loving respect to the details. What makes everything better is the great team that Labine and Tudyk make through the slapstick and heart (is there nothing Tudyk can’t do). This is the kind of comedy that would have come out of the 1940’s, just with more gore.

Sam Raimi’s Army of Darkness is a very unique movie. It is the only movie on this list that is a sequel. Not only is it a sequel, but it is a third film in a horror franchise. The first film in the Evil Dead franchise was strictly horror, the second Evil Dead blends comedy and horror in an almost trippy way. While it is a fantastic movie that chronicles Ash’s (Bruce Campbell) descent into madness. Army of Darkness finds Ash traveling to the distant past to fight an army of the dead while trying to get home. The comedy is not subtle, or highbrow, but it is a display of perfectly executed slapstick. Bruce Campbell becomes the Bruce Campbell that we know and love now, and he excels. It is absurd, graphic, and a great time to sit back and turn off your brain. 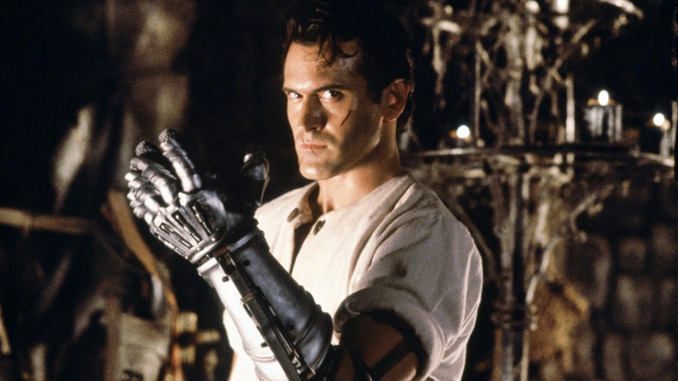 No horror comedy list, or comedy list in general, would be complete with this fan favorite. No matter what heights the cast of Ghostbusters have hit outside of the movie, they will forever be best remembered for their connection to this classic. A wholly original idea with a perfect amount of wit, wonder, and thrills make this a classic. No movie on this list comes close to the wild recognition or quotable lines that Ghostbusters has earned. It’s subpar sequel and reboot do nothing to taint the fond memories of this near perfect comedy. The scares are genuine, the comedy is sharp, and one thing that is not often addressed is that the special effects hold up just as well. Ghostbusters is like a rite of passage for young boys but it is universally beloved by boys and girls of all ages. 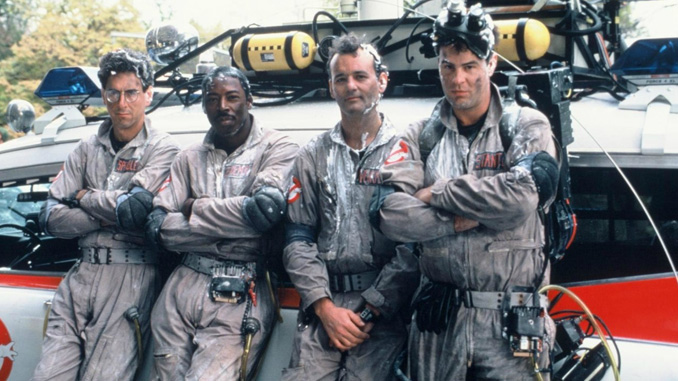 Quiz: How Well Do You Know Zombies From Movies & TV Shows?

Hollywood has produced hundreds of zombie stories. Each director, writer, producer, and makeup artist has put their unique spin on the look of the undead. While all of them may seem the same in spirit, ⤇

A Love Letter to The Evil Dead

The Evil Dead is my favorite trilogy of all time. And not only within the scope of horror or even just compared to other trilogies. It’s the franchise as a whole that I love so ⤇

Quiz: How Much Do You Know About Abbott And Costello Meet The Monsters?

Bud Abbott and Lou Costello formed one of the most iconic teams in film history (not to mention, the stage, radio, and television). Everybody knows their classic “Who’s on First” routine, but perhaps they are ⤇