If you’ve visited the site before, it won’t come as a surprise that we’re huge fans of Stephen King. Along with the prolific author’s written work, many of the films adapted from his stories have gone on to become classics in their own right. Thanks in part to commanding performances from Jack Nicholson and Tim Curry, Stanley Kubrick’s The Shining (1980) and the made-for-TV It miniseries (1990) have become lasting icons of the horror genre. With that preamble out of the way, we’re very excited to be giving away copies of these two films with limited edition slipcovers to one lucky winner. Enter below!

Enter your email below for a chance to win and earn additional entries for sharing on Facebook and Twitter. One lucky winner will be chosen on Saturday, March 24th at 11:00 PM CST and notified by email. 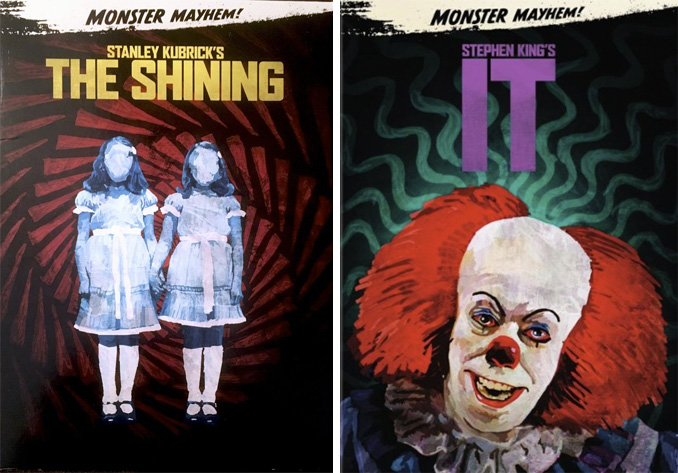 The 10 Most Anticipated Horror Films Coming Out in 2019

I begin my list of Truly Terrifying movies with Stanley Kubrick’s much-loved, much-loathed 1980 film, The Shining, simply because its weaving together of creepy-as-fuck modernist music with claustrophobic, low-angle camera work and the classic tropes ⤇