It’s been almost a year since we first took a look at five of the best horror subscription boxes. One of the companies that we featured in that list was HorrorPack, a movie service that delivers four brand new horror blu-rays or DVDs straight to your door each month. HorrorPack hasn’t slowed down any in the last year and recently announced Coffin Box, a new genre merchandise box in partnership with Rue Morgue. While we wait for Coffin Box’s official launch, we’re very excited to give away a March Blu-ray Pack from HorrorPack.

You can find hints to the identities of the four films below the entry form and make sure to follow HorrorPack on Facebook, Twitter, and Instagram for information on future packs. Subscriptions for the April pack are open now, so head over to horrorpack.com to subscribe!

Enter your email below for a chance to win and earn additional entries for sharing on Facebook and Twitter. One lucky winner will be chosen by Wednesday, March 28th at 5:00 PM CST and notified by email. 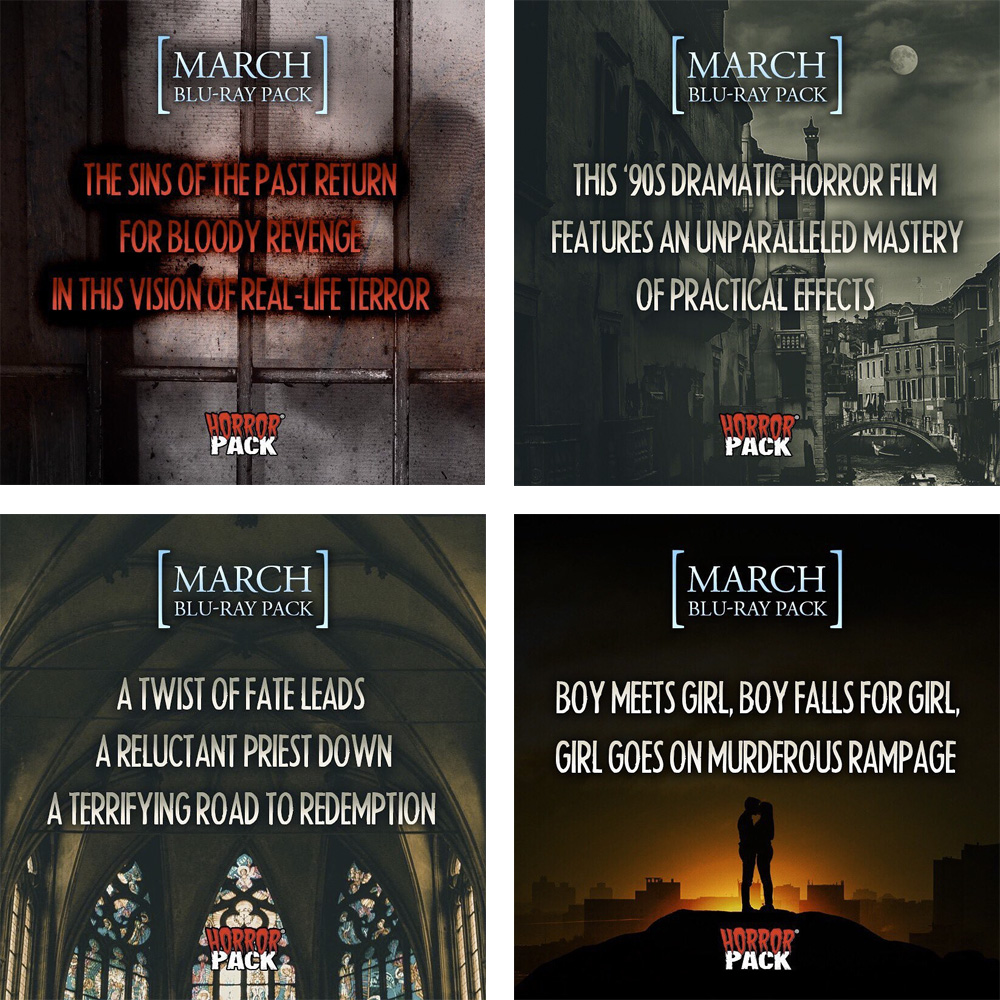 Released 43 years ago today on October 1, 1974, Tobe Hooper’s The Texas Chain Saw Massacre forever changed the horror landscape. In honor of its anniversary, we’re excited to be giving away a brand new ⤇

Giveaway: May Blu-ray Pack from HorrorPack

We’re thrilled to once again pair with our favorite subscription service HorrorPack to give away a May Blu-ray Pack! If you’ve been living under a rock, HorrorPack is a movie service that delivers four brand new horror blu-rays or DVDs ⤇

Win Copies of “Dracula” and “Frankenstein” on Blu-ray

Now that the new year is officially off and running, we’re excited to announce that we’ve partnered with Reddit’s /r/classichorror subreddit for our next giveaway! This time, we’re thrilled be able to give away blu-ray ⤇