The incredible Hellraiser Scarlet Box blu-ray set that was released last month in the UK is getting its US release just in time for the holidays. The first three films from Clive Barker’s iconic horror franchise have received brand new 2k restorations for this release and will be packaged with hours of additional features including the crowdfunded Leviathan documentary as well as Salome and The Forbidden, two of Barker’s early shorts.

In addition to the playable media, The Scarlet Box includes a 200 page book detailing Clive Barker’s legacy as well as beautiful new artwork from Gilles Vranckx.

Officially released December 13th, you can pre-order the set now via Amazon for just $67 – down from the list price of $125. Order here and check out the specs below. 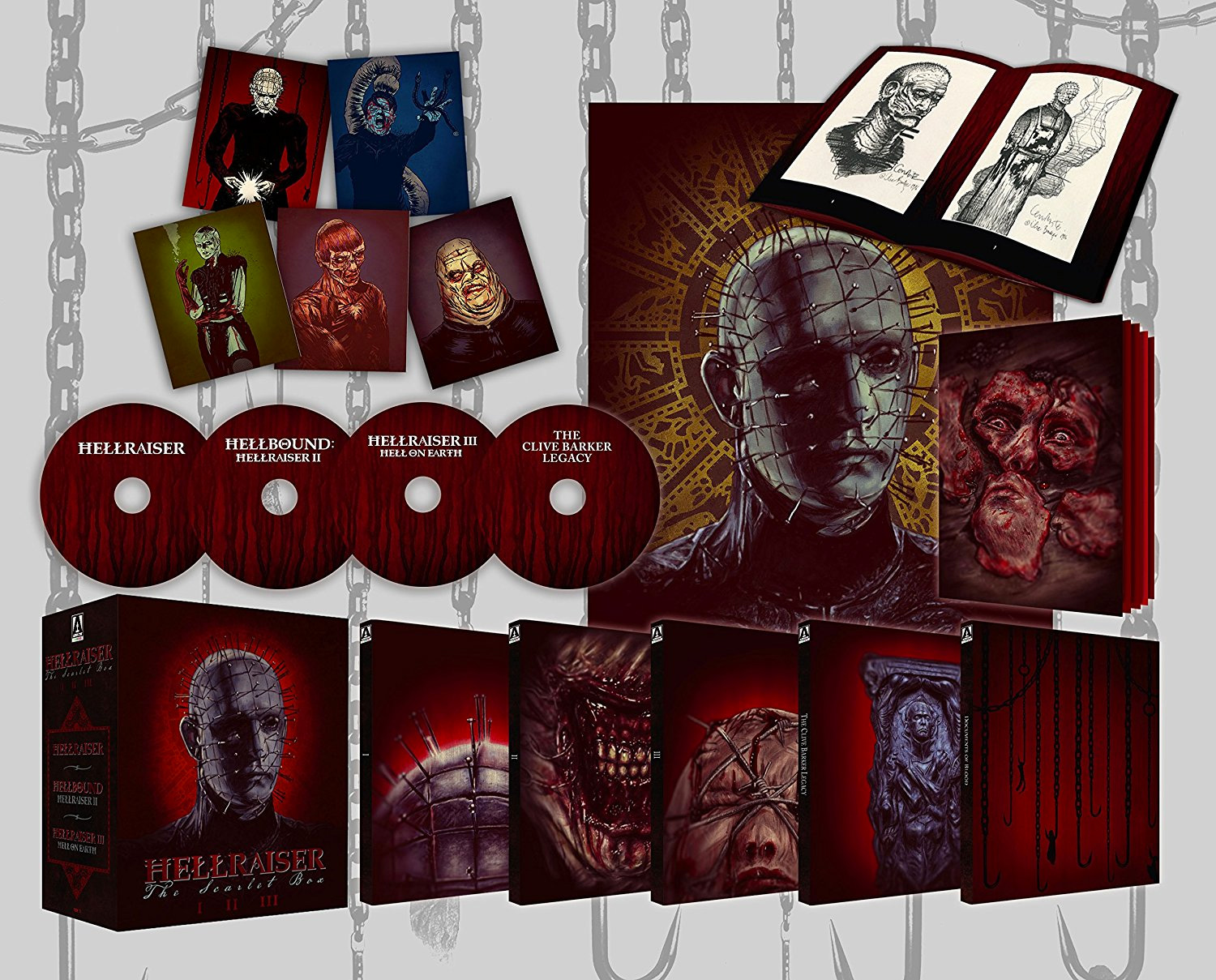 In celebration of their 5th anniversary, horror film distributor Scream Factory has announced the release of three classic John Carpenter films in limited-edition Steelbook packaging. While they may just be repackaged versions of the previous ⤇

Update: Congratulations, Matt Norcia! Thanks to all who entered – be on the lookout for more giveaways! To celebrate the launch of Wolfbane Blooms, it seems fitting to give away a copy of the iconic ⤇