This novel is very reminiscent of H.G. Wells’ The Island of Dr. Moreau, but updated to more modern times. Robinson also adds in a backstory from WWII, which gives the thriller a tangible fear and adds a touch of realism to the insanity.

This story follows the crew of the research ship Magellan, which is on a mission to explore the Great Pacific Garbage Patch, which is a floating mass of garbage in the ocean. This team of explorers and scientists hope to prove the negative impact that it has on the environment and surrounding aquatic life. 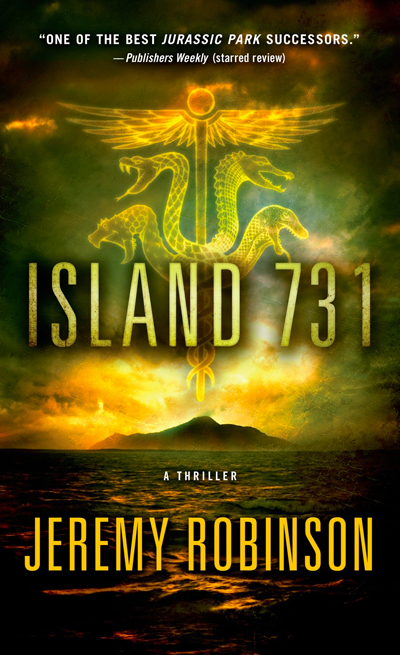 The team is led by Mark Hawkins, a former park ranger, whose knowledge of tracking and the minds of predators have made him a formidable and fearless leader. The rest of the crew is made of the beautiful and almost recklessly impulsive Joliet; Bob Bray, a high school science teacher with a deep understanding of history, and Drake, the grizzled captain of the ship.

The ship ends up wrecking off the coast of an unchartered island after being battered by a raging storm. However, the storm is just the beginning as Hawkins senses sabotage and finds two of his crew murdered and another taken ashore by a monster. Hawkins leads a small team on a rescue mission and soon uncovers a horror that the world had thought forgotten.

This book delves into the brutal true history of Japan’s Unit 731. It perfectly blends real life horrors like mass graves and human experimentation, with such supernatural forces as monsters and abominable human/animal hybrids. The book is incredibly descriptive as the team fights their way through forest, beach and evil laboratories, all the while harboring the sneaking suspicion that it was no mere accident that they arrived on that island.

Can Hawkins find his endangered friends and crew-mates? And will they be alive, or even human, when he does so?

We don’t always have time to read, but the writing of this wonderful book comes to life in the fantastically narrated Island 731, available for download from Audible and iTunes.

Welcome to Fears For Ears, a new series at Wolfbane Blooms dedicated to reviewing the best of audio horror. Jason R. Davis knows a thing or two about horror. After graduating from Columbia College in Chicago, he ⤇

Fears For Ears: John Dies at the End by David Wong

Welcome to Fears For Ears, a new series at Wolfbane Blooms dedicated to reviewing the best of audio horror. Let me start this review by saying that this is THE greatest book trilogy I have ⤇