Jason R. Davis knows a thing or two about horror. After graduating from Columbia College in Chicago, he founded the Chicago Horror Film Festival, as well as running a weekly podcast called “Shriek Speak”.

The book Hatched is the first in a series about the zombie apocalypse. There are a ton, dare I say WAY TOO DAMN MANY, zombie things out there. Luckily for us, this is unlike any you have ever read. 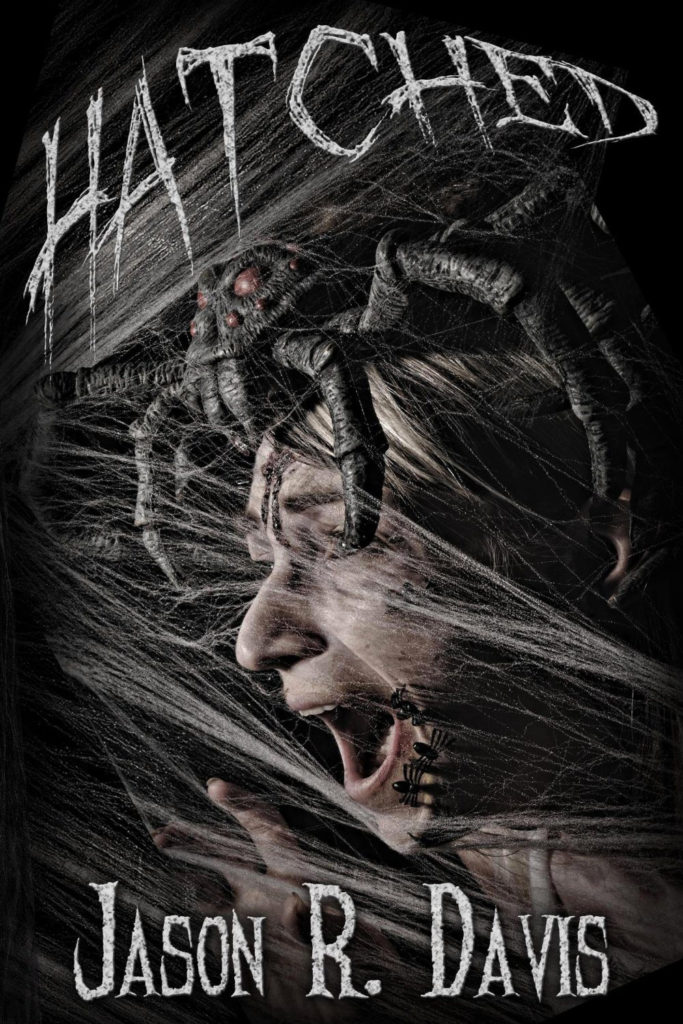 Hatched follows a little rural town that is being infested by invisible spiders. These spiders burrow into your flesh and begin to eat you from the inside out. They eat your organs, your muscles and your bones, then take over your body and control your movements. Once they have almost entirely depleted their host, they cause the infested person to attack and bite someone else. This transfers the spiders to a fresh body, while bringing in hunks of bitten-off meat to feed the ones that stay behind in the first body.

This book grips you from the beginning and is fairly nonstop for the entirety. The opening chapter is my personal favorite, as you see a man named John looking into the mirror, wondering why his nose hair is wriggling around so oddly. The devastation starts when he tries to pluck it out, only to realize that it is a massive black spider, digging its way into his face. John sees more and more bumps pop up on his skin, crawling around and making him itch fiercely. When he can take no more, he grabs his razor and begins to flay his skin from his body in a desperate attempt to free himself of the maddening pain and itch.

To anyone looking for a flesh, I mean fresh, take on the zombie genre, give this book a listen. You won’t be disappointed. And as always, it is available for download from Audible.

Fears For Ears: The Mall by S.L. Grey

Welcome to Fears For Ears, a new series at Wolfbane Blooms dedicated to reviewing the best of audio horror. S.L. Grey is actually a combination of two authors: Louis Greenberg and Sarah Lotz. The book ⤇

Fears For Ears: John Dies at the End by David Wong

Welcome to Fears For Ears, a new series at Wolfbane Blooms dedicated to reviewing the best of audio horror. Let me start this review by saying that this is THE greatest book trilogy I have ⤇