The Fantasia International Film Festival kicked off in Montreal earlier this month, and already, we here at Wolfbane Blooms have screened some new horror releases that have gotten us excited. One such film that caught our attention, called Lifechanger, saw its world premiere this past Friday.

If you haven’t yet had a chance to check out our full review, Lifechanger is a story about a broken-hearted body snatcher named Drew, who jumps from body to body trying to romance an old love while evading his temporary body’s increasingly imminent decay.

Though the concept of body snatching isn’t new to the realm of horror and science fiction, we were especially captivated by Justin McConnell’s unique treatment, both in story and style. By making our point-of-view character the body-snatching monster himself, McConnell dynamically explored the rationale behind such an evil act, encouraging audiences to sympathize with it in the process—and all of this alongside excellently framed sequences of expedited bodily rot and decay.

With McConnell in attendance at the Festival this year, we had the opportunity to talk with him about a few classic films that he’s found personally influential as both a writer and a director in the horror and science fiction genres.

McConnell first told us that the story for Lifechanger came to him before anything else. He didn’t sit down, consciously trying to engineer a film built from borrowed elements of others he’s seen and loved over the years. Rather, as with all of his films, Lifechanger was indirectly inspired and influenced by a lifetime of movies he’s grown up watching and absorbing.

Though we don’t have the space to house that kind of list, McConnell did pick out a few special films to share with us, detailing in his own words what about them he finds most inspiring.

Jack Sholder’s heavy metal-fused action/sci-fi/horror movie was a favorite of mine growing up. The obvious influence here is the body-jumping storyline, as this alien takes over person after person in the middle of a wild crime-spree. And since this creature is wearing someone else, it doesn’t hesitate to cause all kinds of mayhem due to no fear of being caught.

The obvious similarities here are an otherworldly creature with very human desires and multiple actors playing the same “monster” character. Most of all, though, The Hidden is a thrill ride of a movie, bolstered by Kyle MacLachlan’s great performance as the “good” alien out to hunt this thing down.

How’s this for a hook? A violent alien is banished by his own people to Earth, where he can’t survive due to our atmosphere. He has to wear the heads of people until the body becomes damaged enough that he has to take another head, basically “body jumping” in the goriest, craziest way (with gooey effects courtesy of the great Kevin Yagher).

Basically a “lost” film that never made it to DVD, John McNaughton’s follow-up to Henry: Portrait of a Serial Killer is a future cult classic waiting to be rediscovered—and believe me, I’ve tried to help it get a re-release over the last decade or so.

It’s a thrill ride movie similar to The Hidden, but in this case, you get to know the killer alien a little better. Hunt it down, and see it. And hopefully, it will someday see the proper Blu-Ray release it deserves.

Invasion of the Body Snatchers (1978)

This one goes without saying, whether it’s the 1956 original, the early ’90s remake, or the 2007 remake. But it was Philip Kaufman’s classic take on the material that had the most impact on me. From the ahead-of-their-time pod effects to the paranoia the film instills on its leads, the influences are clear. These aliens are everywhere, your friends could no longer be human, and you could be next.

This is a film that not only holds up to this day, but remains just as tense as when I first saw it. You don’t get to know very much about the personality of this “hive mind,” but you know what they are and what they’re doing on Earth, which is terrifying.

A detective (Lou Diamond Phillips) teams up with a psychic to stop a demonic serial killer. The twist? The killer is a demonic entity that can jump from body to body, so it could be anyone.

This was another staple of my youth, and was unique in the way the killer taunted the detective in a sort of cat and mouse game, wherein the mouse keeps changing into metaphorically different mice. It’s another under-seen, underrated body-jumping horror flick, with an interesting central villain who seems like unstoppable, pure evil.

I didn’t realize the similarities to Lifechanger in Conspiracy Theory until I re-watched it after we wrapped production. Obviously, Richard Donner’s entertaining paranoia thriller/romantic drama is not a body-jumping film, or even a horror movie. So what does it have in common?

Mel Gibson’s character is obsessed with a woman (Julia Roberts) and does everything he can to be with her. It’s a “stalking as love” story that—for the first act, anyway—has similar beats to how Drew (the shapeshifter in my film) approaches romance. Almost a child-like misunderstanding of how romance works, brought upon by a fractured and damaged mind.

Beyond that, I was struck by just how entertaining this film is, made even better by Gibson’s manic performance, Roberts’ game counter-point character, and Patrick Stewart’s villain role.

There are minimal similarities here, aside from the first-person narration and the general skewed morality of the main character. But tonally, there’s a lot owed to this film (and book).

To Patrick Bateman, what he’s doing is just the way life is lived, and the same is true of Drew. They are both causing massive damage, but both of them don’t really believe what they’re doing is wrong. Drew has more self-awareness—and therefore, guilt—than Bateman, though.

I don’t have to say much about this film. Every horror fan worth their salt has seen and loves The Thing. Every practical effects kid uses it as the high water mark for SFX makeup. It is THE shape-shifter film—accept no substitutes.

Obvious similarities were the push to do effective and inventive practical effects sequences in Lifechanger, as well as the paranoia that comes from the monster being absolutely anyone and able to mimic everything down to the memories and personalities of the person they become.

When pitching my film, I used to use the very effective sentence “It’s American Psycho through the perspective of the creature from The Thing,” for obvious reasons.

The concept of having to inhabit the bodies of others to deal with unfinished business on Earth is the only real common thread here, but I would be remiss if I didn’t mention Warren Beatty and Buck Henry’s magical realist tale. 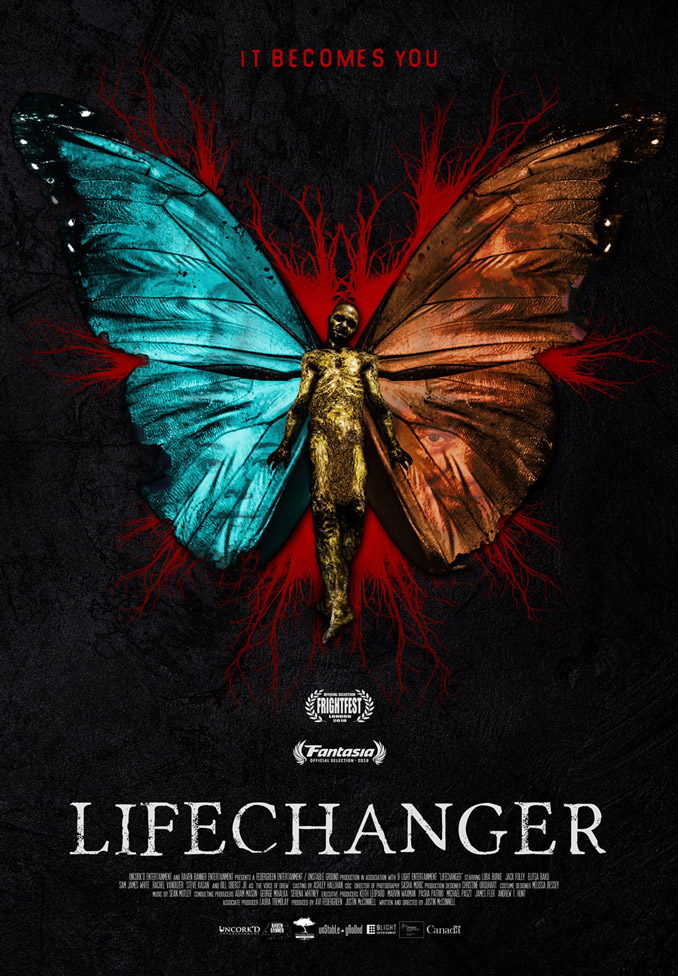 The Deeper You Dig exemplifies what’s so magical about living in a time when filmmaking is so accessible and deftly demonstrates just how much can be accomplished as long as the creators commit to taking full advantage. ⤇

With The Father’s Shadow, Fantasia hit me with the first real slow-burner of the festival. The Brazilian export from writer/director Gabriela Amaral Almeida is a dark, conceptual horror film, with pitch-perfect performances and a lot to offer. ⤇

Though Hideo Nakata is bringing back our titular antagonist more regularly and aggressively, it’s under far more confusing and convoluted circumstances. ⤇