After Graham Skipper’s Sequence Break debuted at last year’s Chattanooga Film Festival, it immediately began garnering comparisons to David Cronenberg’s 1983 body-horror classic Videodrome. And the films are clearly relatable, with each playing on the sinister, sexualized horrors of what electronics could do to our bodies and brains.

Skipper’s story centers around Oz (Chase Williamson), a socially awkward arcade game repairman whose job is on the way out with the impending close of his place of employment due to increasing apathy toward retro arcade gaming. Oz soon meets Tess (Fabianne Therese)—a fun, flirty chick who still likes arcade games and also likes awkward Oz.

While daytime Oz’s young love blossoms, nighttime Oz becomes entranced with a particularly mysterious arcade game that he repaired using circuit board left in the shop by an unsavory intruder. The game sucks him in—rather literally, through unambiguous melting, white, goopy, buttonholes—and parallels between this film and Cronenberg’s classic become easier and easier to draw as things progress.

That said, upon screening the film, Cronenberg was very clearly not the sole inspiration behind Sequence Break, and we at Wolfbane Blooms were eager to find out what else was on the list. Luckily, director Graham Skipper was gracious enough to speak with us this week, sharing four more films (plus a video game) that inspired his film.

Read below to see how these picks inspired Skipper, and be sure to check Sequence Break out for yourself right now, exclusively on Shudder.

Staying with Cronenberg, a major inspiration was The Fly. I think the romance between Jeff Goldblum and Geena Davis is one of the best ever committed to film. One challenge in writing Sequence Break was that I wanted the romance between Oz and Tess to blossom quickly, while Oz’s spiral with the game follows a similar trajectory. It’s difficult to make a quick love like that feel “real,” so I looked to The Fly for inspiration.

You never doubt that Brundle & Veronica love each other, even though they’ve only known each other a short time, and the relationship is even semi-professional. It’s very intimate, and when Davis has to do what she does at the end of the film, it’s such a beautifully tragic end to such an intense roller coaster—a lot like the end of an intense love can be.

I also drew a lot of inspiration from Shane Carruth’s Upstream Color. I think that’s a spectacular film that people don’t talk about nearly often enough. What I love about it is that it’s a super weird, complex movie with a lot of layers and big ideas, but at its heart, it’s still a love story.

It’s firmly rooted in the characters’ experience and relationship with each other, wrapped in a package of philosophy and sci-fi mind-fuckery. It also has a distinct visual flair that highlights the beauty or strangeness in everyday objects, which I loved.

Then, of course, there’s Ken Russell’s Altered States. Again, a film about big philosophical ideas and pondering the nature of existence, but centered around a believable love story.

Like the others, this is also not a film afraid to be big and bold and totally wild, but it stays grounded in the characters’ relationship and very human drives, even as Hurt becomes less and less human. That’s the interesting struggle.

One other film that inspired a lot of this is a Japanese film called Tetsuo: The Iron Man. This movie is bonkers, and visually, it’s is just incredible. It follows a man turning himself into… something else. A metal man. But its sexuality is the most striking thing about it.

The main character is listed only as a “Metal Fetishist,” and that sexual energy permeates every frame. It’s gross and unnatural and sensual and masturbatory and the practical effects take on a very sexual existence by the end. I drew on that when dealing with the more lustful aspects of Oz’s relationship with the Game.

Finally, a video game that I drew a lot of inspiration from was Tempest. It’s an older arcade game that basically centers around the player flying a spider-like ship around a geometric shape, shooting down and avoiding things flying out of a black hole at the center.

It’s sparse and quiet and weirdly ominous—I remember always being kind of scared of it as a kid. So when it came time to conceptualize and design the sinister game Oz plays in the film, that was our starting point. 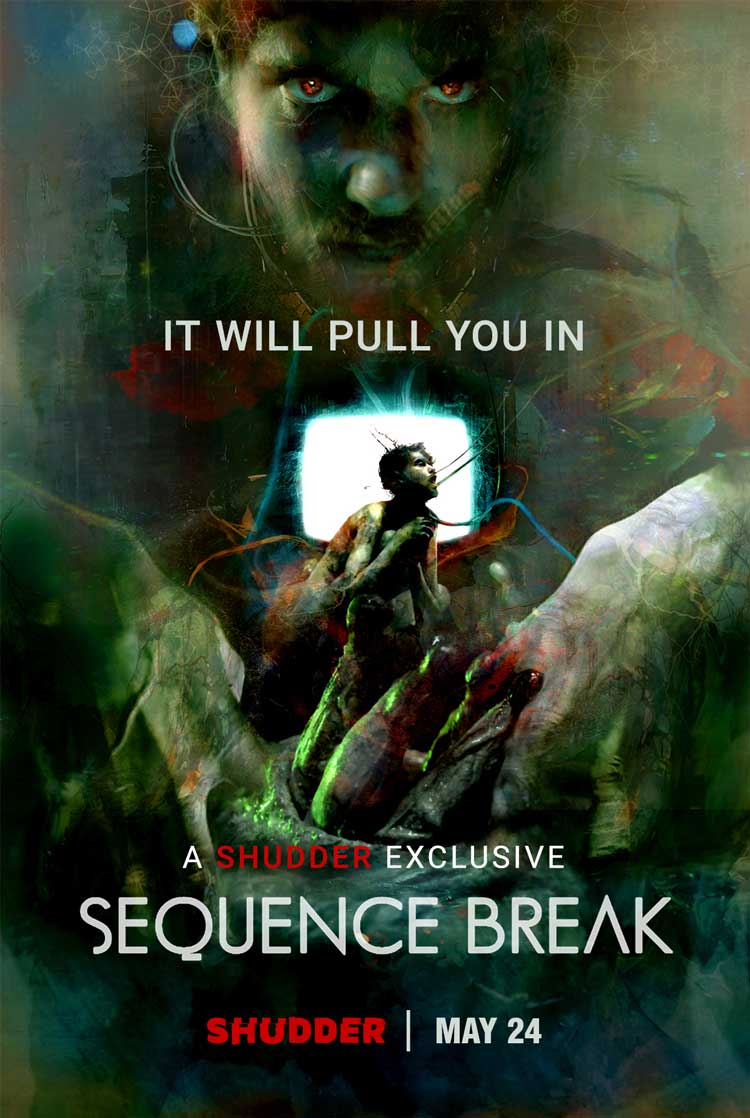 We talked with writer, director, and sound designer Graham Reznick about his philosophy around the importance of sound in film and about the making of the first season of Deadwax. ⤇

The Fantasia International Film Festival kicked off in Montreal earlier this month, and already, we here at Wolfbane Blooms have screened some new horror releases that have gotten us excited. One such film that caught ⤇

Interview: Cinematographer Andrew Shulkind on the Making of “The Ritual”

If you were to search for quotes about filmmaking, you’d find that most of them have been spoken by the oft-sung heroes of the art form—directors, actors, perhaps a few writers thrown in for flavor. But ⤇