This year Chicago’s legendary Music Box Theatre is debuting their Cinepocalypse film festival. Screening more than 60 premieres, shorts, and classic horror features over the course of a week, the festival will hold the title of the Midwest’s largest gathering of genre films. However with 60 different options comes a bit of choice paralysis, so we’ve taken the opportunity to call out 10 screenings that you won’t want to miss.

As you may or may not know, Ireland has always had a hand in horror and lately, the rest of the world is paying more and more attention. The Lodgers is the second feature-length film from director Brian O’Malley, whose first feature-length, Let Us Pray, won the Méliès d’Argent for Best European Fantastic Feature Film at its world premiere at the Belgium International Fantastic Film Festival in 2014. The Lodgers is a gothic ghost story set in 1920s rural Ireland, with an aesthetic reminiscent of Guillermo del Toro’s Crimson Peak. This will be the film’s midwestern debut.

One part Heathers, one part Jennifer’s Body, one part social media, and a whole lot of originality make up this darkly comedic modern slasher from longtime editor and relatively new director Tyler Macintyre. Early reviews have praised the flick, which features performances from some familiar names, like Josh Hutcherson (The Hunger Games), Brianna Hildebrand (Deadpool), Alexandra Shipp (Straight Outta Compton), and Craig Robinson (The Office). Tragedy Girls is making its Illinois debut at Cinepocalypse on Friday, and the consensus is that it’s worth a watch.

If special effects are your thing, look no further than this Bigfoot horror bonanza directed by Patrick Magee, who has done special effects for big-budget films like Spider-Man and Jurassic Park III. Primal Rage is filled with just a bit of everything — a sexy couple heading into the woods, seasoned locals who know what’s up, a stalkerish man-like Sasquatch dragging people around by the hair. This could easily be a “came for the effects, stayed for the story” sort of experience.

The story of a rookie detective caught up investigating a series of ritualistic murders, Charismata feels like a familiar place for fans of crime thrillers like Fincher’s Se7en. The heavily stylized psychological horror looks as surreal as it does brutal, and it definitely has my attention. Director Andy Collier will be in attendance with other members of the cast and crew on Saturday night for the film’s midwest premiere.

For fans of the exceedingly stylistic arthouse horror variety, Turkish film Housewife from director Can Evrenol might just pique your interest. The story is about Holly, who was traumatized one night as a child when her mother killed her sister and father. The film follows a married, lonely Holly 20 years after the incident, who is slowly beginning to go insane.

With the amount of films that have been released over the past few years, it’s time to admit that comedy zombie horror is basically its own genre at this point. We’ve all seen one million iterations on the flesh-eating dead guy story, and for whatever reason, we keep coming back for more. This Canadian offering from director Peter Ricq looks especially bloody, and when it comes to these movies (at least for me), that’s exactly what I’m signing up for. You can catch Dead Shack at the reasonable early evening showtime on Monday, but I’d suggest holding out for the midnight screening on Tuesday if you can. This is the kind of movie meant for midnight.

Not long ago, the Chicago Cinema Society found an uncut, 98-minute, 35mm print of 1977’s Suspiria hiding in a dusty old Italian cinema. What better way to celebrate the 40th anniversary of Dario Argento’s cult classic starring Jessica Harper than by snuggling into your theater seat at the Music Box and checking it out on the big screen? To sweeten the deal, Jessica Harper will also be in attendance.

Short films have been and will hopefully always continue to be a major part of film and horror, in particular. Whether you’re an aspiring filmmaker just starting out or are simply passionate about the medium, short films tell some of the finest stories. Cinepocalypse’s “Short Trip to Hell” is a 90-minute anthological screening of ten different shorts by ten different filmmakers. In the Music Box’s own words, “We love anthology’s and we’ve scoured the planet (and an incredible array of submissions) to create our own bloody, bizarre, action-packed collection.” You won’t want to miss it.

Paco Plaza, the creator of the phenomenal [Rec] series, is bringing his newest Spanish-language feature Veronica to Cinepocalypse for its midwest premiere. The film promises super creepy nuns, homemade Ouija boards, and a total eclipse of the sun, so I’m not sure what more you could want at this point. As an added bonus, the film will be preceded by a screening of the Kickstarted horror comedy, We Summoned A Demon. 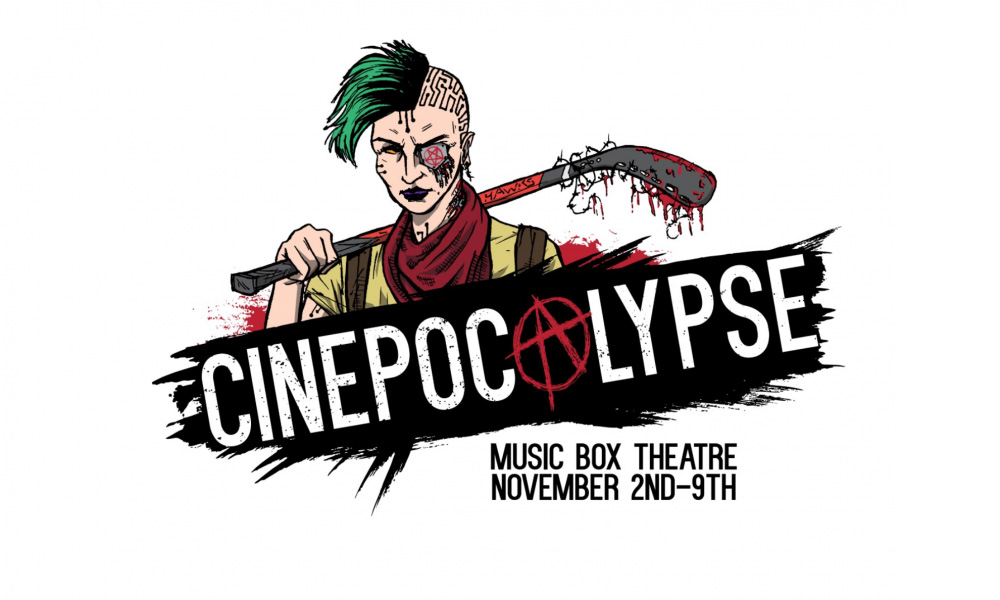 Cinepocalypse runs from 11/2 – 11/9 at Chicago’s Music Box Theatre. Head over to their website for tickets and the full festival schedule.

If it seems like it hasn’t been a full year since the debut of the Cinepocalypse film festival  in Chicago, that’s because it hasn’t. Even with less than a year to prepare, the festival has ⤇

International Horror and the Fear of the Foreign

Written by Kevin Moncayo | Horror Film Guide If you were to list all of the horror movies that you have seen throughout your lifetime, there is a solid chance that the majority of those ⤇

At midnight on Saturday, like some sort of young person, I found myself taking a seat at the Music Box Theatre for the North American premiere of Morocco’s very first creature feature, Achoura. ⤇