There are few people in the history of film who have left as much of a mark on the industry as Ray Harryhausen did. He was one of the most creative minds to ever put something on camera and left a legacy which persists in Hollywood to this day. Known for the spectacular visual effects he created for films, Harryhausen revolutionized the film industry and set a standard that modern filmmakers still strive to achieve. This week marks the 4-year anniversary of his death, which occurred on May 7, 2013; as such, I would like to take a brief amount of time to remember him and some of his contributions to the world of horror and science fiction.

A common misconception that many people seem to have when it comes to Ray Harryhausen is that he was a director. He was, in fact, a visual effects animator who was in charge of bringing to life many of the monsters seen in horror and science fiction movies from the 1950’s, 60’s and 70’s. Pioneering a method of animation which he himself dubbed “Dynamation”, Harryhausen was able to transport various creatures from his mind and put them straight into the nightmares of filmgoers of all ages.

Through Dynamation, Harryhausen was able to show audiences the horror of a giant octopus as it terrorized the citizens of San Francisco in It Came from Beneath the Sea. He was able to project the fears of a population who feared an invasion from another world onto the silver screen in Earth vs. the Flying Saucers. For thousands of years, mankind was forced to rely on their own imagination when hearing of the heroes and monsters from the Ancient Greek myths; Harryhausen was able to bring these myths to life in Jason and the Argonauts through a process that he adapted and perfected. The process, which would eventually become Harryhausen’s legacy, was known as stop-motion animation. 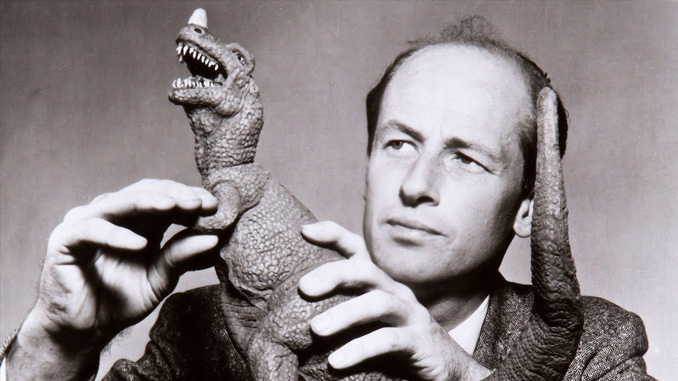 Stop-motion animation, in a nutshell, is a special effects process wherein a model of a person, animal, monster, etc. is photographed frame by frame. For every frame that is photographed, the model is moved ever so slightly to the point where, when played in order, the model appears to move. If this sounds like a tedious process, that’s because it is. A single minute of film time featuring a particular monster could take days to film as the animator will would literally spend hours just getting the monster to, say, move it’s arm or tilt it’s head back. The sheer amount of time and effort that goes into creating a single scene shows just how passionate Harryhausen (who would often work alone) was when it came to his work.

It’s not fair to have a discussion regarding stop-motion animation without mentioning the fact that the process was not invented by Ray Harryhausen, as some people seem to believe. The process was pioneered by a man named Willis O’Brien, who did the animated sequences for a little known film from the 30’s called King Kong. This film introduced the world to a new genre of film; no longer were monsters limited to a man in makeup or masks, filmmakers could now make it seem as though a hundred foot tall ape could rampage through the streets of New York City and climb the Empire State Building. Now go ahead and write in the comments that Kong was actually only 27 feet tall or some such, the point is that visual effects artists to this very day owe everything to the process invented by Willis O’Brien and perfected (and renamed as Dynamation) by Harryhausen. 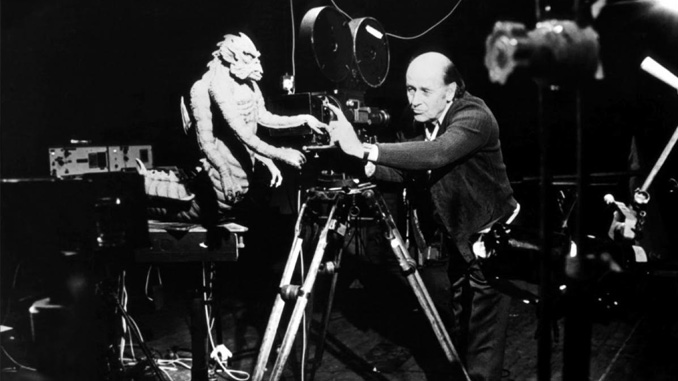 For all of his accomplishments in animation, one must also draw attention to the imaginative writing and designing that Harryhausen was known for. While it would have been easy for a director to go into a production meeting and say ‘then I want the monsters to fight’, it would have fallen to Harryhausen and his team to do all the hard work. A monster had to be designed and given a memorable look, a model had to be created for the creature that would make it distinguishable from other creatures, the fight would have to be choreographed and then, of course filmed. Essentially, when it came to how a monster looked, sounded, walked, ran, whatever, the deciding factor was Harryhausen who gave these creatures life. Such memorable monsters include the Ymir from 20 Million Miles to Earth, the many-headed Hydra from Jason and the Argonauts and the six-armed goddess Kali as seen in The Golden Voyage of Sinbad. This is just a sampling of the many creatures created and brought to life for the screen by Ray Harryhausen, there are dozens more which are just as memorable.

I can never give enough praise to the work done by this extraordinary contribution to the world of horror and science fiction films. I would encourage anybody to watch any one of the films which Harryhausen worked on if you can track them down. While some of the films lack in a good story and you spend a good portion of the film waiting for the monster to show back up, they are all worth giving a watch for the visual effects alone. If you take the time to appreciate how much time and effort went into creating these spectacular effects, you will learn to appreciate these movies for their contributions to the world of film which resonates to this very day. 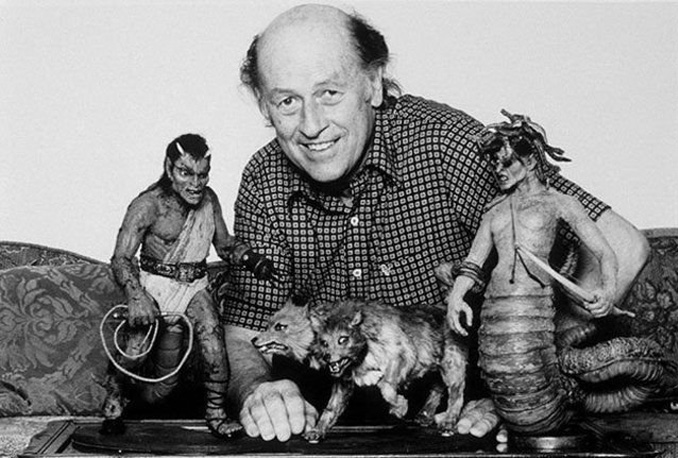 Quiz: How Well Do You Know Ray Harryhausen Movies?

Four years ago, a legend of filmmaking left us. As a big fan of Ray Harryhausen’s work, I have written a few articles regarding his films throughout the last week. Continuing that trend, I would ⤇

Earlier this week I wrote a brief article in memory of Ray Harryhausen and spoke of how he helped to revolutionize the art of visual effects in film. These effects, which made Harryhausen a household ⤇