When Hollywood releases a movie that becomes an instant classic by audiences and critics alike, everyone wants to see more. We fall in love with the characters, with the story, with the atmosphere, with everything. The problem is, once you’ve experienced a movie, you can never experience that movie again the same way. The closest thing that can be offered is a sequel. We want another story that comes close to the original while also unraveling a new tale that will live up to, or surpass, the original.

Some sequels deliver, while some are so bad it almost makes you question why you loved the original to begin with. There is a lesson to be taken from all of this. Maybe it’s easier to see with bad sequels, but even with good ones, we should appreciate the original for the story that it told. We shouldn’t expect anything more. Don’t get me wrong, there are plenty of movie that have characters (like Michael Myers or the Wolf Man,) or events (like the case files of the Warrens or the aftermath of the events at the cabin with Ash) that are worth exploring. When a story is told, and told well with a satisfying ending, don’t expect more because no matter how good a sequel is, it will forever change the way you look at the original. This is a list of horror movies that shouldn’t have been tarnished with a sequel. (Beware of any spoilers ahead)

Of all the movies on this list, Psycho may be the most classic (deservedly so). It’s almost a perfect movie. Because we’ve seen it so many times, and the most famous scene has the real impact of the scene taken away (we know she’s going to die, but if you didn’t know that it’s SHOCKING.) The other big shock at the end of the movie wraps everything up so beautifully. We are told what happens to dear Norman Bates. His story is done. So that’s why giving this movie a sequel must have Alfred Hitchcock still spinning in his grave. 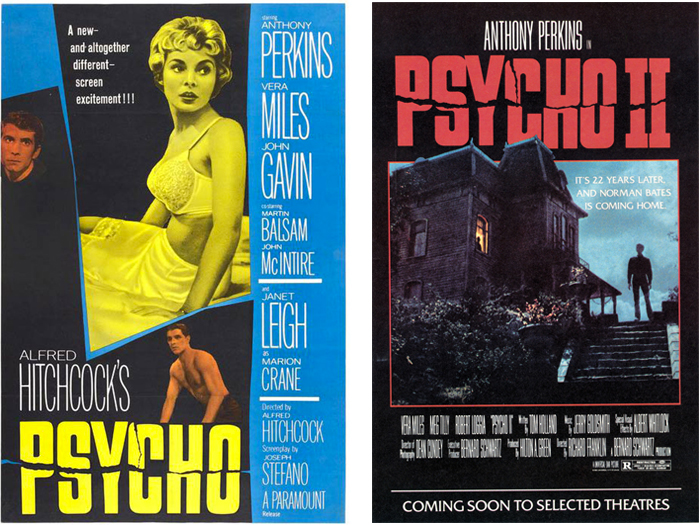 Sure, Polanski’s 1968 classic, arguably, leaves room for a sequel, but that does not mean there should be. The 1976 poor quality, made-for-tv movie Look What’s Happened to Rosemary’s Baby is that sequel nobody asked for. It would be great to see the fallout of the demon child’s birth, but that is best left to our imagination. The original leaves us with little hope and that’s the way it should be. 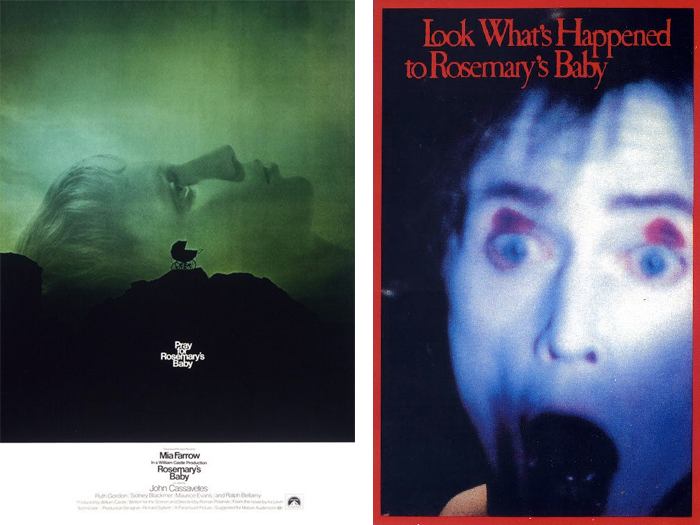 The house has a poltergeist due to poor city planning. A family is terrorized. In the end everything is restored, and the house implodes itself. Where exactly is there room for a sequel? Why would there be a sequel? The Spielberg produced/co-written original was a wild success, and the studio wanted to replicate that. So, another one of Spielberg’s classics gets the money grabbing sequel.

While the 1986 David Cronenberg film is one of the best remakes Hollywood produced, it could not escape the Hollywood money machine of the “unnecessary sequel”. The Fly II flew into theaters in 1989 and bothered critics. Cornenberg said of his films that the stories have definitive beginnings and endings. He wouldn’t consider making a sequel, so why should anyone else. 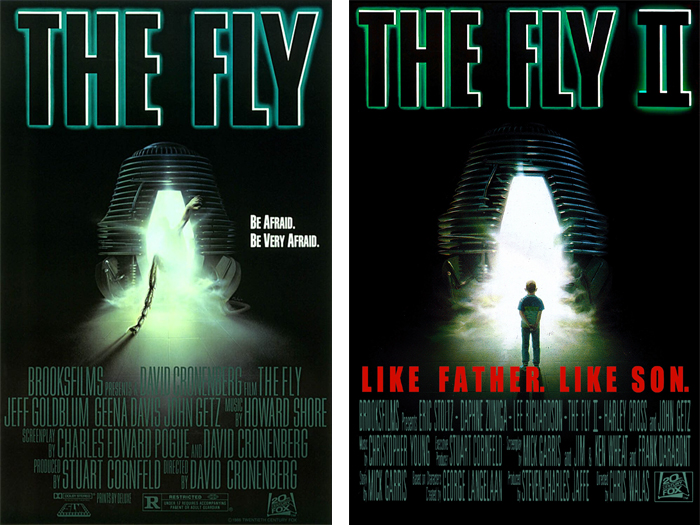 The original classic can chill you to the bone, but has as close to a happy ending as one can hope for. The Exorcist really makes its audience work to get that ending. You’re tired by the time you get to the conclusion. So, it’s almost an insult to expect that loyal audience to see poor Reagan possessed again. Now if the movie wants to go in a different direction (like The Exorcist III did with a side character from the original movie) Then that can work, but is still unnecessary. 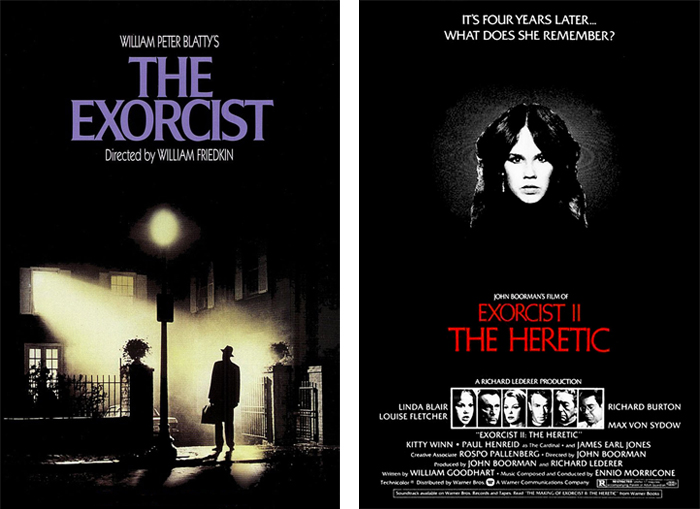 The first Woman in Black was refreshing when it came out, giving hope to a genre that was on life support. It also allowed Daniel Radcliffe to successfully break free from his boy-wizard persona. The movie tells an excellent ghost story and ends rather favorably. Everything we want to know about this woman in black we know. There is no story left to be told. Unfortunately that’s not what the producers thought and out crapped The Woman in Black: Angel of Death. 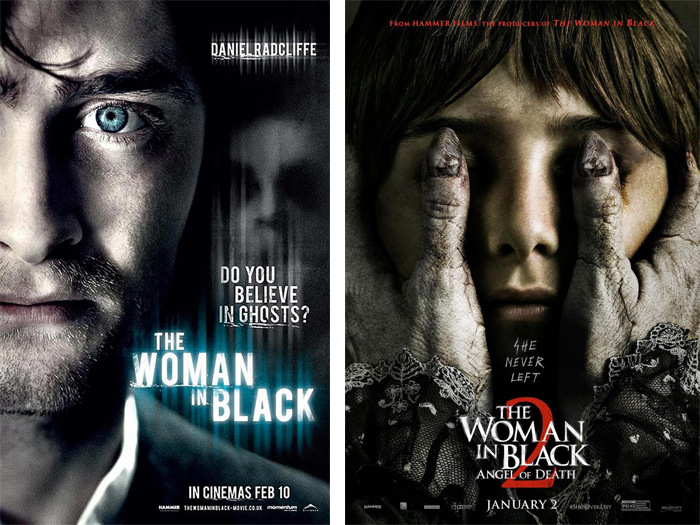 When The Descent came to theaters from the UK in 2005, it was “fresh and exciting”, albeit, not very uplifting. Hey, it’s a horror movie. The end is fairly ambiguous as our main character, Sarah, awakens from a hallucination/dream of a happy ending. She screams and the monsters’ growls grow closer. Does she make it out somehow, or is she brutally destroyed by the monsters? I don’t know and would have liked to keep it that way. Unfortunately the sequel ruins the wonderful ambiguity of the original’s ending. 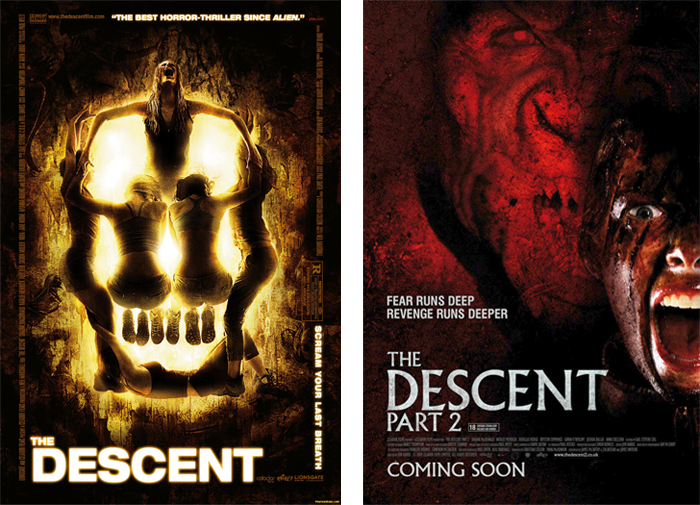 This would make for good sequel fodder except for the “based on true events” aspect. Since the Lutz family left the house, there have been no reports of paranormal activity. Not much there for a sequel. 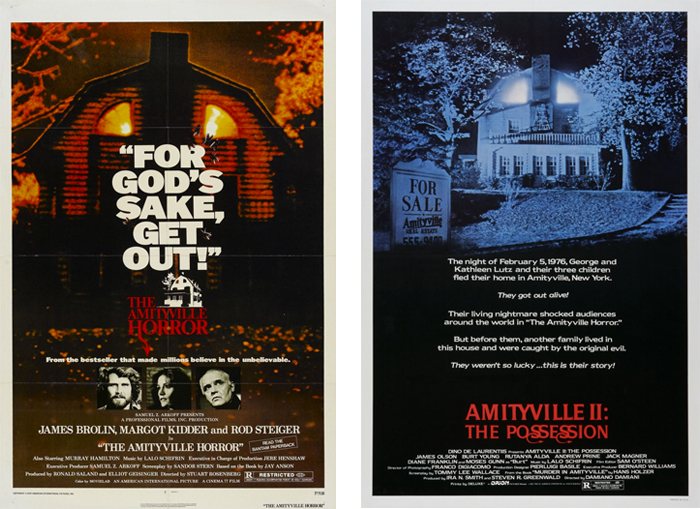 An American Werewolf in London (1981)

The problem with giving a sequel to a film like An American Werewolf in London, as is the problem with most movies on this list, is the original ends definitively. The makers of the sequel know this too, because it doesn’t follow the original characters. It feels like a lazy reboot tarnishing the name of the original. 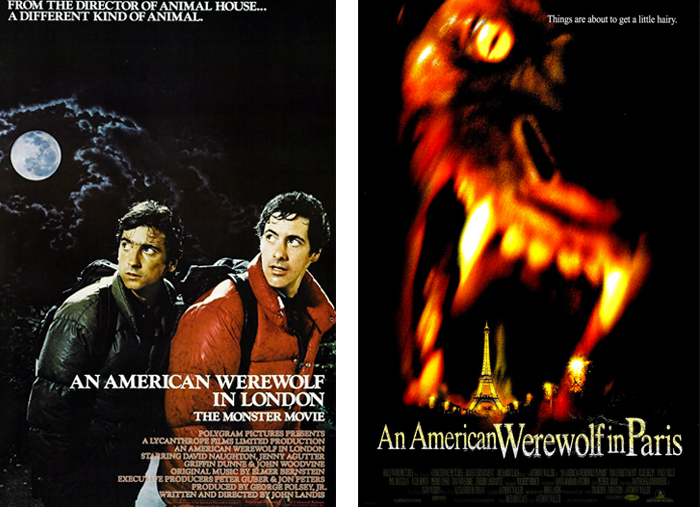 Now, I personally struggle with categorizing Jaws as a horror movie. Arguments can be made for an action adventure movie, (which it certainly is), but for the sake of this list. I’m including it. There was no conceivable creative explanation for making a sequel. The son-of-a-bitch shark smiled and blew up. No more shark. Brody and Hooper swam off into the sunset to live happily ever after, or miserably, I don’t know, and frankly I don’t want to know. Any sequel taints the beauty that is one of the greatest movies ever made. 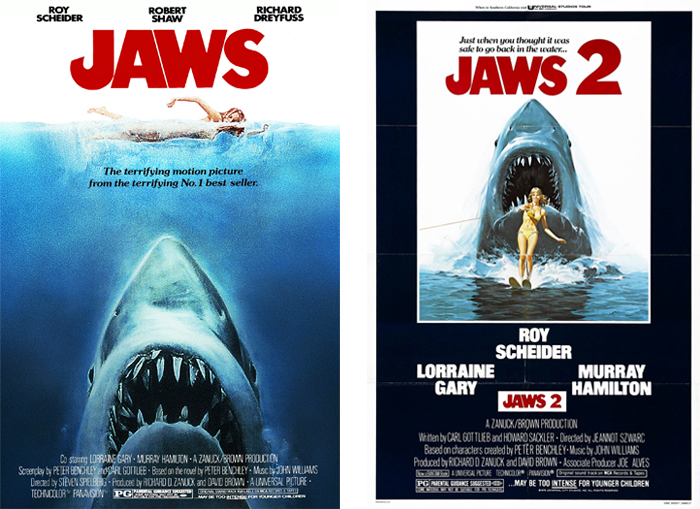 The 5 Best Horror Films About Sharks

There sure are a lot of shark movies. Most are shameless cash grabs or a mindless excuse to show skin and gore. Since 1975, sharks and similar sea beasts have wreaked havoc on the big ⤇

Quiz: Can You Tell If These Famous Horror Movie Quotes Are Correct?

There are some movies that explode into pop culture. Everything about the movie seems to be everywhere; from merchandising to references ad nauseam. One true sign that a film has crossed from phenomena to iconic status ⤇