The legendary Robert Englund is back in Robert Kurtzman’s makeup chair for the full Freddy Krueger treatment in the new documentary Nightmares In The Makeup Chair. For the first time ever fans will get an up close look at the entire makeup process while Englund shares stories and anecdotes from his years as Freddy and his time with the late Wes Craven.

Here’s what Mr. Englund had to say about the project:

Nightmares In The Makeup Chair is my love letter to the Nightmare on Elm Street series and to practical makeup.  I’ve always been in awe of the multi-talented makeup effects artists.  From sketching to sculpting, they realize the design. Then to the fine precision of the molding and the manufacturing of the makeup appliances which are nearly paper thin.  And then, the application process where I sit in the makeup chair and I become their living canvas as they glue me in and paint the appliances. This documentary not only captures their talent, but I think it might inspire a new generation of practical effects artists. I was happy to become Freddy once again to share the makeup process with the fans.

Check out the poster below and prepare to hear more about this documentary as it plays at festivals and locks down distribution. The film’s producers have also promised a coffee table book companion detailing the makeup process. 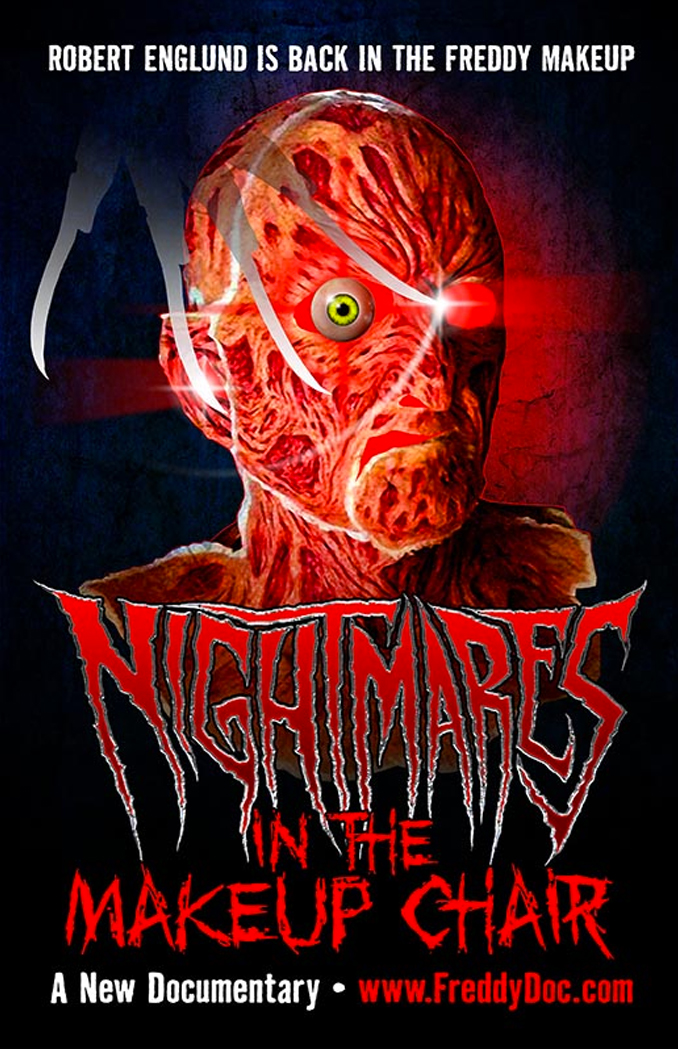 Watch: “IT Chapter Two” Gets Its Final Trailer

Hot off of the Warner Bros. Pictures YouTube channel comes the final trailer for IT Chapter Two, and—surprise, surprise—it looks fantastic. The concluding installment to this two-part classic is set to hit theaters on September 6. ⤇

A24, the production company behind Ex Machina, The Witch, Green Room, and The Monster, has given us our first look at It Comes At Night. Scheduled for release on August 25th, the film stars Joel Edgerton who recently ⤇