I started the month off with M. Night Shyamalan’s The Visit, a movie I had not seen since the year it came out. This movie held a lot of weight to it because Shyamalan had fallen from grace and this was rumored to be his return to form. Shot as a handy-cam documentary, The Visit follows a brother and sister as they visit their estranged grandparents. The grandparents begin to act strangely and things begin to turn dangerous. This would not be a Shyamalan movie without a twist, and The Visit does not disappoint. The thing about The Visit that you don’t see often with a “found footage” type horror movie is that there is a lot more to the movie than the twist and the horror. There is more to these characters that draw you to them. By the end of the film you feel for them. The Visit does not make up for the past several Shyamalan movies, but it does stand up as one of his strongest efforts and marks a welcome return for the writer/director. 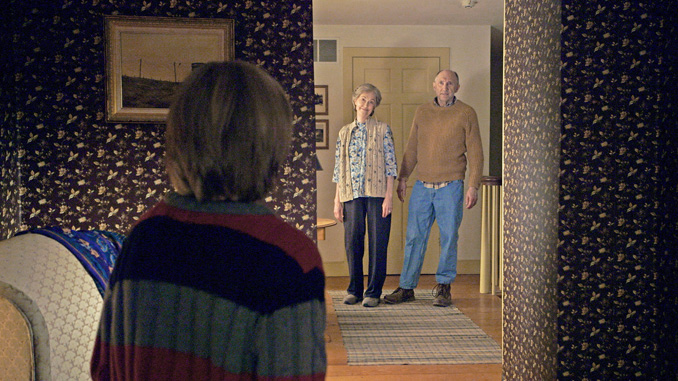 Let me start by saying that some of these movies were chosen based on who I am watching the movie with. My wife is not a horror movie fan, but loves this time of the year. Naturally we find a compromise and end up watching movies like Hotel Transylvania 2. This was one of those movies that I had not seen before. I did see the original and thought it to be ok. I love the premise of Dracula running a hotel for monsters as a way to get some of the most iconic monsters together in a film. In the sequel, we follow Dracula and his concern that his grandson is not a monster. For a children’s movie, and this is by all accounts a children’s movie, it works fine. Knowing Adam Sandler (Dracula) loves to incorporate his friends into every movie he makes, it is a little distracting seeing some of those friends shoehorned into roles that are not necessarily right (David Spade as the Invisible Man). There are some moments that give you a smile, but it was meant to bring a big laugh. All in all my wife summed it up best at the end of the movie “That was cute”. 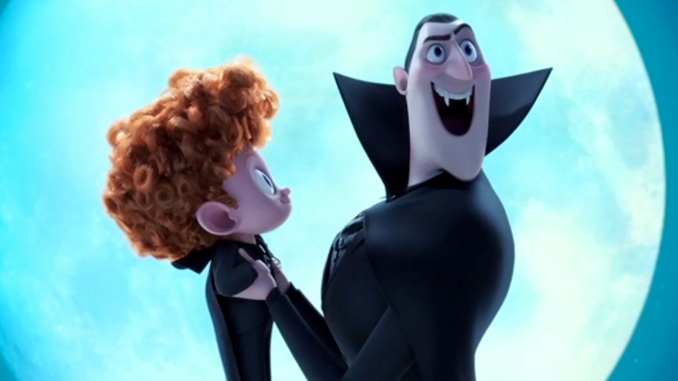 Arguably the best movie I’ve watched this week. Despite being made in the 1930’s, it is extraordinarily current. Every aspect of the production includes the very best. Based off of H.G. Wells’ novel, directed by James Whale, and starring Claude Rains, The Invisible Man is as close to a perfect classic horror movie as you could want. Full of incredible special effects that can still fool audiences today, the plot projects tension, terror, and humor in every scene. Despite how wonderful the story and effects are, the real star of the movie is Claude Rains’ portrayal as the title character. The way Rains plays the Invisible Man, through mostly his voice, it’s a wonder that he did not win any awards. The way that Karloff brought empathy to Frankenstein’s Monster, and Lugosi brought sex appeal to Dracula, Rains brings a menace to the Invisible Man. The most dangerous of all the classic Universal Monsters, killing more than the other monsters combined, the Invisible Man is a man going completely mad and killing for the sake of killing. The performances are strong, the effects are believable, the story is timeless, and the results are a perfect horror movie. 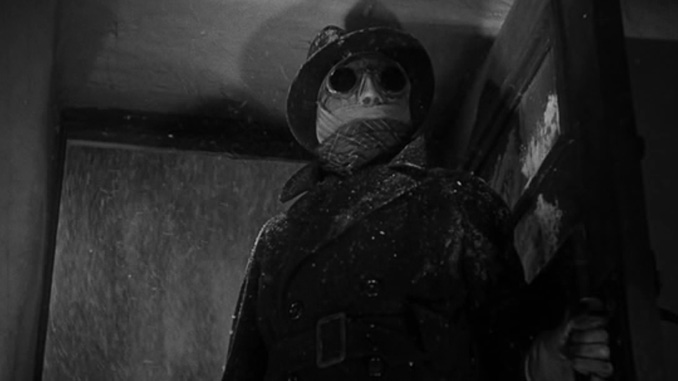 I first saw the 2015 Goosebumps film the year it came out and was anxiously waiting to see how all of the Goosebumps books could be brought to the big screen. I was a fan of the original books and tv series, so, although I was excited, I also had low hopes. The result was a movie I absolutely loved. Sure, the movie starts out slow following Zach as he and his mom move to a new town, but soon he begins to interact with his new neighbor, R.L. Stine (Jack Black) and his daughter. The movie does justice to the source material and creates a whole new original idea. The monsters in the books are real and after accidentally being released from his book, the ventriloquist dummy, Slappy, begins setting all the monsters free to wreak havoc on the town. I thought the movie was good up until Slappy came on screen and then it was kicked into the next gear. Making Slappy the main villain was the logical step. The movie brought a sense of nostalgia while also creating a new exciting story that is not simply a children’s movie. 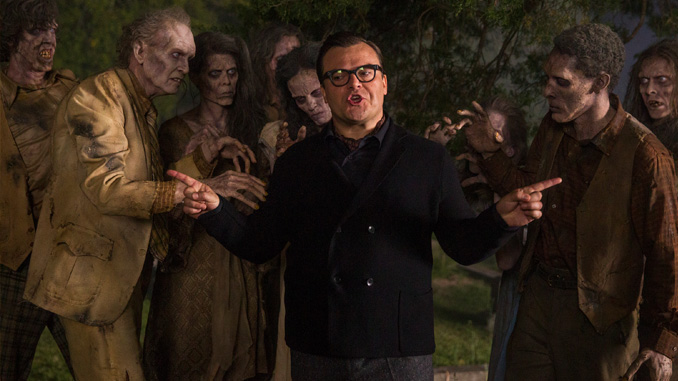 I saw Oculus in the theaters after it had become one of the most talked about movies. While I enjoyed it the first time, I don’t think it lived up to the hype (nothing ever does). The story was very original and the techniques were inspired, but there were a few things that didn’t hold me. For one, I am not a fan of Karen Gillan, so her character took me out of the moment several times. Second, I thought moments dragged a little. After watching it for the second time, I realize that it is much better than I had initially given it credit. Any movie that is super hyped, you pick it apart to find anything wrong with it. The story is absolutely fascinating, a supernatural mirror takes control of people’s sanity. The story follows an adult brother and sister as they try to document the events and vindicate their parents who were victims of the mirror. Seamlessly inter-splicing the past with the present to tell this family’s history with the mirror ends in tragedy. Director Mike Flanagan made a well deserved place for himself in the horror world with Oculus. 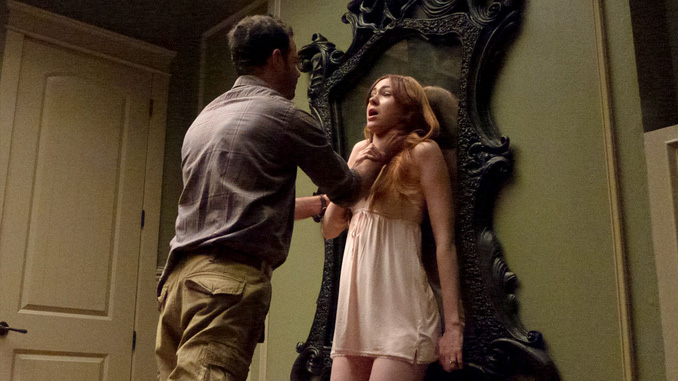 Another M. Night Shyamalan movie, I’ve been wanting to see Split since it came out, but never got around to it. This movie was to see if Shyamalan was truly back or if The Visit had been a fluke. Needless to say at this point, it was not a fluke. Another original story about a man with 24 personalities and the one that took control to capture three young women. It is a tense movie, never knowing which personality is going to show up when, and what this much talked about “beast” personality can do, if it is real or not. As great as the script might be, much of the success or failure of the film falls on the shoulders of the actor who has to portray all these personalities, James McAvoy. His performance is not only the best of the film, but may be McAvoy’s best performance yet. He effortlessly slides from one personality to another making the audience feel for him while also being terrified of him. It is not an easy feat, and if horror movies received the recognition they deserve, McAvoy would have easily been a contender for a best actor award.

ParaNorman is another one of those movies that I saw in theaters and was not completely blown away as others were. I liked it, and the voice cast boast some of the best character actors in the business, but there was something off putting to me about it. Watching it again, I was able to enjoy the great humor and the animation, but I found a new appreciation for the story. It follows a boy with a special ability to talk to the dead. While this ability makes him an outcast at home and at school, it will also save the day in the end when he saves the town from a witch and her curse. Laika Studios has created some fantastic films, including this one, and you can tell they are lovingly made. I still found there to be moments when ParaNorman slacks, but the quality of the animation and performances makes up for any shortcomings. This is another kid’s movie that proves to be more than just that.

While I’ve always remembered being underwhelmed by M. Night Shyamalan’s Unbreakable (2000), I was still stoked to see the indestructible David Dunn sipping coffee at a diner during the final moments of 2016’s Split. What can I say? I’m a ⤇

The Universal Studios Classic Monsters are among the greatest icons of the horror genre and viewed by many as a rite of passage for true horror fans. However with 25 years of history comes an intimidating archive which ⤇

The Most Anticipated Horror Movies of 2020

From creepy, 1800s-era adaptations to big-budget “Halloween” sequels and another season of The Last Drive-In with Joe Bob Briggs, we’re checking the most exciting horror coming out this year. ⤇